Graeme Souness maintains stance on Casemiro despite Manchester United impact: ‘I don’t see him as a great player’ 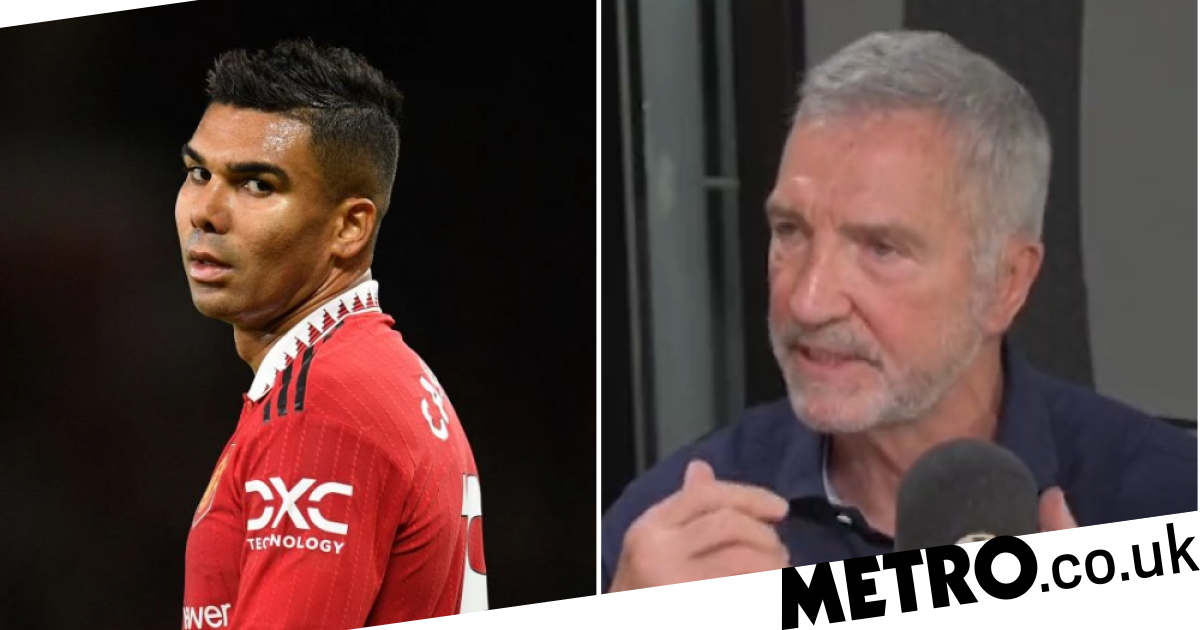 Man Utd star Casemiro is ‘not a great player’, according to Graeme Souness (Pictures: Getty) Graeme Souness has maintained his belief that Casemiro is ‘not a great player’ despite the midfielder’s impressive start at Manchester United. The former Liverpool and Scotland midfielder appeared to question United’s £70m move for Casemiro over the summer. Casemiro ended his nine-year spell at Real Madrid to join the Premier League giants and arrived in England having won five Champions League titles and three La Liga titles at the Bernabeu. The 30-year-old has quickly established himself as a fans’ favourite at Old Trafford and a key member of Erik ten Hag’s squad, helping United win six out of their last eight games in all competitions to climb to fifth in the table. Discussing United’s move for Casemiro last August, Souness said: ‘He was playing with great players. He’s not a great player. He has never been a great player. ‘I see him as a steady Eddie who will make United be more solid in midfield. I don’t think he has got a great range of passing. ‘I don’t think he is going help other people play. The Real Madrid team, the midfield especially, was full of footballing players. {"@context":"https:\/\/schema.org","@type":"VideoObject","name":"Metro.co.uk","duration":"T11M7S","thumbnailUrl":"https:\/\/i.dailymail.co.uk\/1s\/2022\/10\/31\/06\/64018757-0-image-m-23_1667197611186.jpg","uploadDate":"2022-10-31T06:17:03+0000","description":"Manchester United manager Erik Ten Hag commends his side's resilience following their 1-0 win over West Ham singling out David De Gea and Marcus Rashford, who scored his 100th United goal, for special praise","contentUrl":"https:\/\/videos.metro.co.uk\/video\/met\/2022\/10\/31\/1632060712326549378\/480x270_MP4_1632060712326549378.mp4","height":270,"width":480} To view this video please enable JavaScript, and consider upgrading to a web browser that supports HTML5 video ‘He is 30 years old and its £70m. Too much money. It is Manchester United all over again. Manchester United will pay a premium because it is United and the Premier League and people know its awash with money. ‘But I don’t see him making them any better when they have the ball.’ Souness now admits Casemiro will make a ‘big difference’ at Manchester United but has maintained his stance on the Brazilian’s individual quality. ‘Casemiro will make a big difference to them. But I don’t see him as a great player,’ Souness told talkSPORT. ‘You [talkSPORT colleagues Jim White and Simon Jordan] are accusing me of calling him a steady Eddie, I stand by that. ‘He is a good steady Eddie. He will hold the fort, that’s what a steady Eddie is. He’s a good player, not a great player. ‘A steady Eddie is a 7.5 out of ten every week. In my language it means he’s a seven, 7.5 every week, he is a real team player.’ Casemiro scored a dramatic equaliser to earn Manchester United a point against Chelsea earlier in the month and helped the Red Devils beat West Ham on Sunday. Following the 1-0 win over David Moyes’ Hammers, Ten Hag described Casemiro as the ‘cement’ that keeps the whole team together. Casemiro has been a key player for Manchester United this season (Picture: Getty) ‘I call him the cement in the midfield,’ Ten Hag said. ‘I think in and out of possession, he makes such a difference. ‘He gives the team [an] extra edge and helps them dominate. I say in and out of possession because he can dominate games and he gives the team [that] extra edge to help dominate in the game. ‘He can also read the game and he helps the players by pointing them into the right positions. He is anticipating both in and out of possession and also he sees the pass between the lines. ‘One of the highlights in the game was his pass to [Diogo] Dalot in the first half. He is a top player and I am really happy to have him here.’ MORE : Michail Antonio praises Manchester United duo after West Ham defeat MORE : Erik ten Hag predicts Anthony Elanga will have key role at Man Utd For more stories like this, check our sport page. Follow Metro Sport for the latest news on Facebook, Twitter and Instagram.