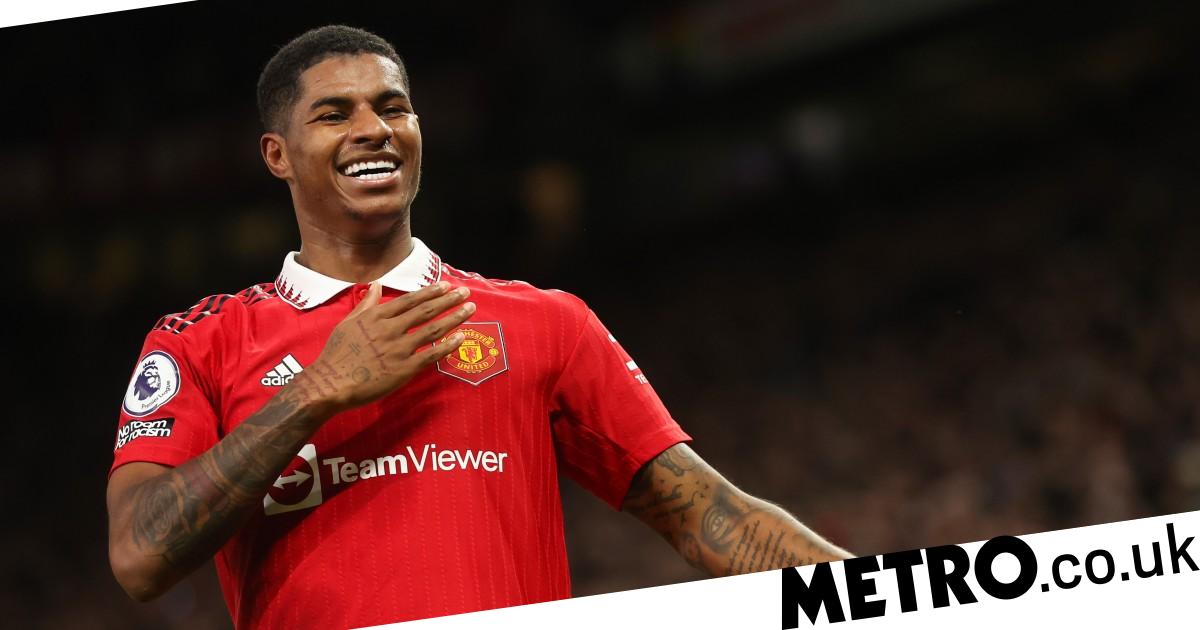 Marcus Rashford hasn’t appeared for England since his missed penalty in the Euro 2020 final (Picture: Getty Images) Marcus Rashford insists the fast-approaching World Cup in Qatar is not yet on his radar despite his timely return to form. Rashford, who has not appeared for England since missing his spot-kick in the penalty shoot-out defeat to Italy in the Euro 2020 final, notched his 100th goal for Manchester United on Sunday. His brilliant first-half header – his seventh goal in all competitions this season – sealed a 1-0 home win against West Ham to maintain United’s top-four challenge and appears to be back near his best. But when asked if the World Cup was on his mind after his match-winning display at Old Trafford, Rashford, 25, said: ‘Not at the minute. I’m concentrating on the next game. We have to try and keep winning games here. ‘We’ve got two more league games before the World Cup. If we win those two games we’ll stay in (contention for) the top four, so that’s what I’m focused on.’ Gareth Southgate has looked beyond Rashford for his last two England squads (Picture: Getty Images) The attacker has 46 caps but was left out of Gareth Southgate’s last two squads, most recently due to injury, but his confidence has been restored under United boss Erik ten Hag. ‘I just think the energy is a lot different,’ Rashford said. ‘That’s the biggest thing, the energy is more positive. ‘Within the whole team and at the training ground, for me that is the biggest thing. I just want it to keep going really and keep enjoying it. If we’re winning games I’m sure that will happen.’ For more stories like this, check our sport page. Follow Metro Sport for the latest news on Facebook, Twitter and Instagram. MORE : Marcus Rashford is already an elite star, says Erik ten Hag MORE : Erik ten Hag explains Man Utd’s decision to play La Liga side during World Cup break