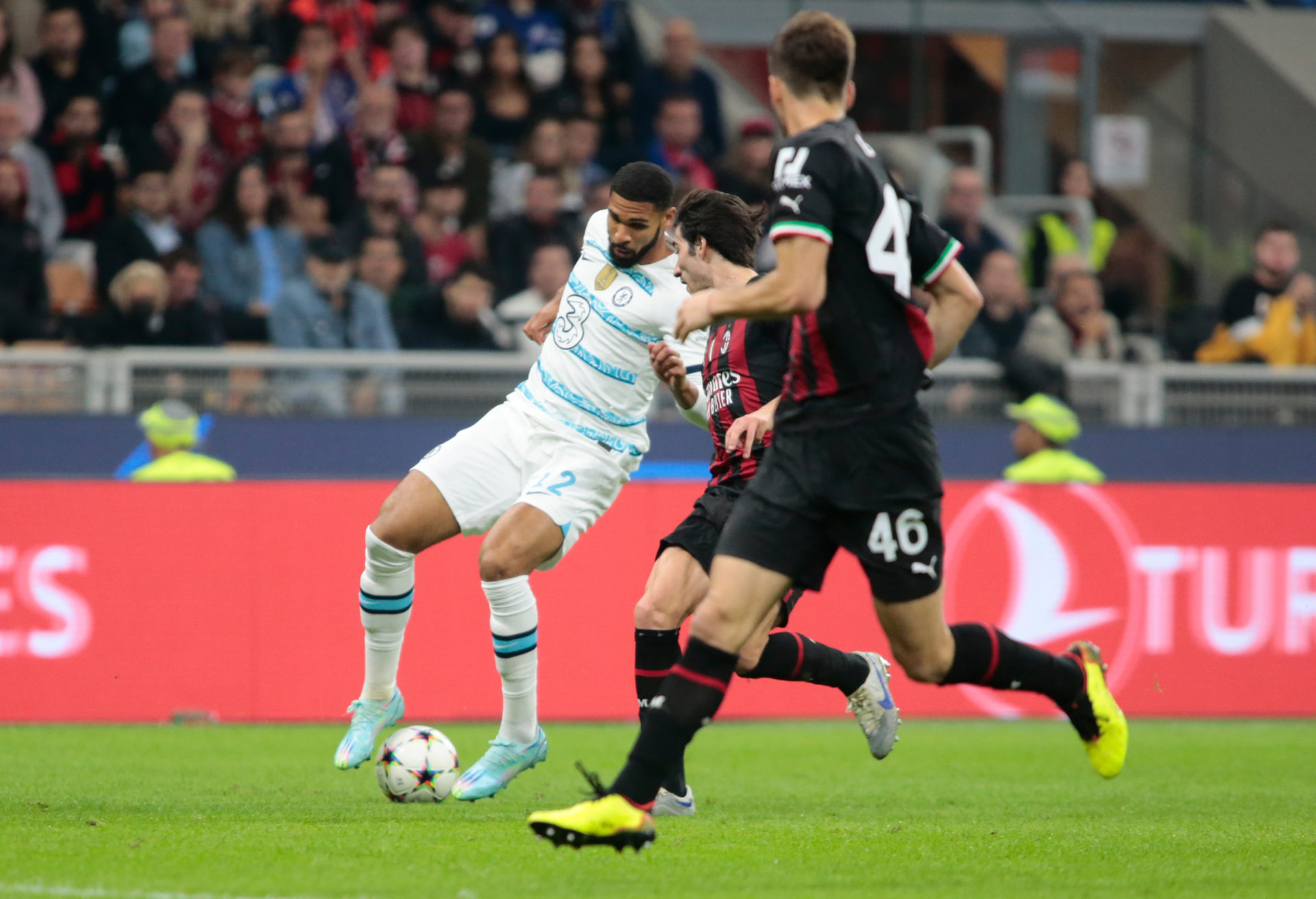 AC Milan are now reportedly interested in signing Chelsea midfielder and rumoured West Ham target Ruben Loftus-Cheek, with the England international leaving the Rossoneri speechless after his performance last week. According to CalcioMercato, Loftus-Cheek’s ‘spellbinding’ performance at the San Siro has left transfer officials at Milan itching to sign the midfielder in January, with the 26-year-old’s reported £150,000-a-week contract at Chelsea set to expire in just over 18 months. With little movement happening on Chelsea’s end to tie the midfielder down to a new deal, Milan could try their luck in January to sign Loftus-Cheek, who this season has come into his own under Graham Potter following the departure of Thomas Tuchel in September. Loftus-Cheek has started three of Chelsea’s last four games in all competitions, and although the Lewisham-born star wasn’t in the XI last week to face Milan, the reigning Scudetto holders were mesmerised with what they saw from the midfielder, who is also on West Ham’s radar. Photo by Sportinfoto/DeFodi Images via Getty Images TalkSport reported in the summer that David Moyes’ side were eyeing a move for Loftus-Cheek, with the midfielder looking set to leave Stamford Bridge in the off-season. However, the 26-year-old’s form this campaign has been nothing short of impressive, and the player himself now faces a difficult conundrum. Indeed, Chelsea could soon offer the midfielder a new contract which would keep Loftus-Cheek at his boyhood club well into his prime. However, there’s always a chance that the midfielder could return to the bench should something happen to Potter or a big move is made in the transfer market. West Ham must look to beat Milan to Loftus-Cheek signing Photo by James Gill – Danehouse/Getty Images Loftus-Cheek’s career has been one big enigma, with the midfielder still even now unsure of where his footballing life will take him as a starter for Chelsea. Yet for West Ham, the Irons should be looking to sign the England international with Milan now interested. After all, Loftus-Cheek could still welcome an exit from west London, and although Milan would be an appealing option given their incredible stature, West Ham could pull something off if they work hard enough to convince the midfielder to make the move across the English capital to the London stadium. The post Report: AC Milan now want £150k-p/w West Ham target after 'spellbinding' San Siro performance appeared first on HITC.