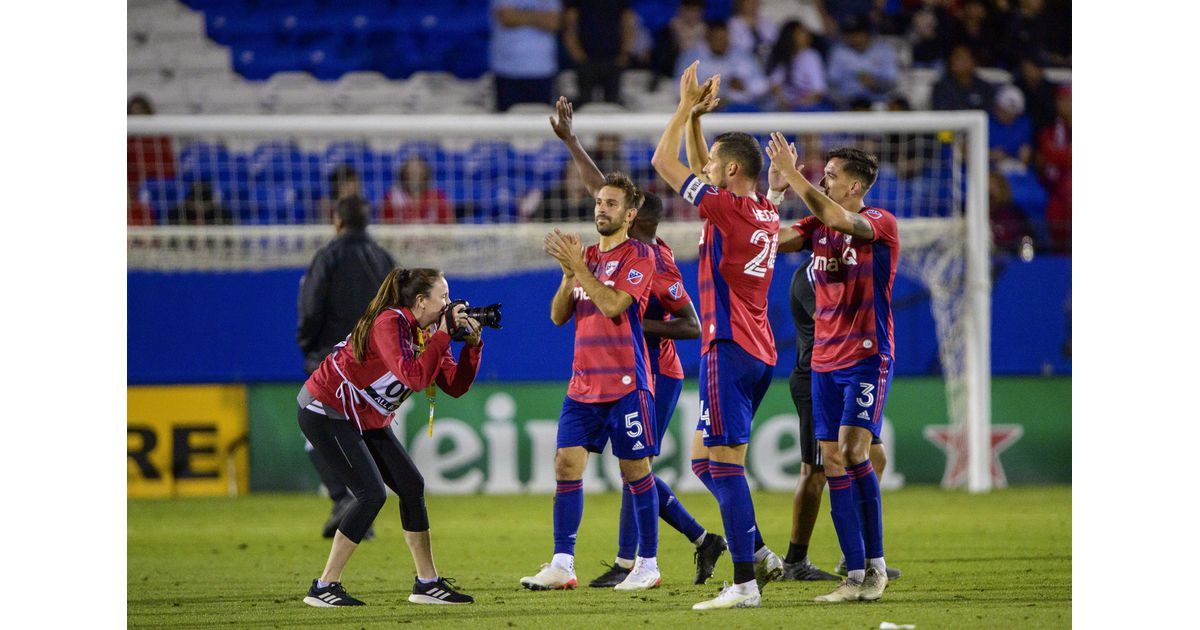 Jerome Miron-USA TODAY Sports All the facts from Jesus Ferreira’s big night. FC Dallas picked up their second win of the 2022 season, in a 4-1 beating of the Portland Timbers. Head Coach Nico Estévez On tonight’s pace of the game…“I think the last game when I was here in front of you, I said we needed to work on our build of play. It was something we needed to improve on during the week, and we did improve that side of the game. Even though Velasco received the ball, we have to be better. If we do not improve our build up, it is difficult to play fast and difficult to be able to get the ball to him. For that reason, I want to give a special mention to our center backs and our center midfielders for doing a fantastic job of attacking the opponent, reading how the opponent were pressing, being able to see where there were spaces, and filling pockets to help us break lines.” On Ferreira’s performance tonight…“I was not worried when Jesús (Ferreria) would end up scoring. It was just a matter of time. He would have chances in the previous games played, and he just had to be more accurate in the final product. There were three goals that he could have scored by now based on his chances in the past few games, but he scored them today. I am happy for him especially with his work rate, his knowledge of the game, and what he offers to the team. He did have an assist today in the match so we have to acknowledge that as well. It is important that he keeps playing and continues playing the way he’s been doing it. The goals will come over time.” Forward Jesús Ferreira Did you feel extra weight on your shoulders before scoring your first goal? “No, not at all. I mean, I can say that personally for me, I had a little bit of stress on me, because I wanted to be able to be that nine that is always scoring no matter what game it is if it’s away or home. But my teammates and coaching staff especially Nico and Peter made it very clear that they believed in me and that once the first goal went in and many more would come. So I’m excited and I’m happy that the coaches have had enough confidence in me.” On the different ways he scored“Three different ways of scoring goals. I want to be that player that can be in any position and be able to score so like you said - the header, the shot, and just the tap-ins - those are the best goals that you can score as the nine. I’m excited that I can score in different ways and that I can help the team win.” Winger Paul Arriola On today’s game…“Yeah, it’s been great. I mean everything is great when you win so you know it’s one of those things that you have to stay level headed you know. Through the good and through the bad moments and obviously these are great moments and the key is for us is just to kind of continue but, overall, you know, fitness-wise, I felt great. The team has been unbelievable. Our defense, obviously, our attacking players are stepping up to win games.” Improvements on team performance…“You know, I think the more you play together the more you’re able to understand each other’s movements, understand what is needed in, you know, when you plan a system, and everyone is starting to understand. I think we’re learning where there are spaces. You know every game there’s a different challenge and today, you know, we were able to put away good chances and by all, I mean Jesús but if you know it was it was great, you know. It was a really good win, you know. Obviously, second half we come out a little bit flat it’s, you know, it happens all the time when a team is up by multiple goals. I think the fourth one was just a dagger and kind of killed the game. I was happy about that.” On how the team defended against Portland’s style of play…“Portland is a team that can be very dangerous in transition and I thought we did a great job with that, especially in the first half. We really controlled that and the tempo. I think we’re a team that, if we’re able to go up (a goal), we have a lot of potential to win games like this by multiple goals, just solely on the personnel that we have and the system that we play. We can do it in transition, we’re learning how to score goals by maintaining possession. Today, there was a variety of different goals scored, so I’m really happy with the chemistry of the team and the way everyone is playing. The defense deserves so much credit with the way that they’ve played and kept us in games.”