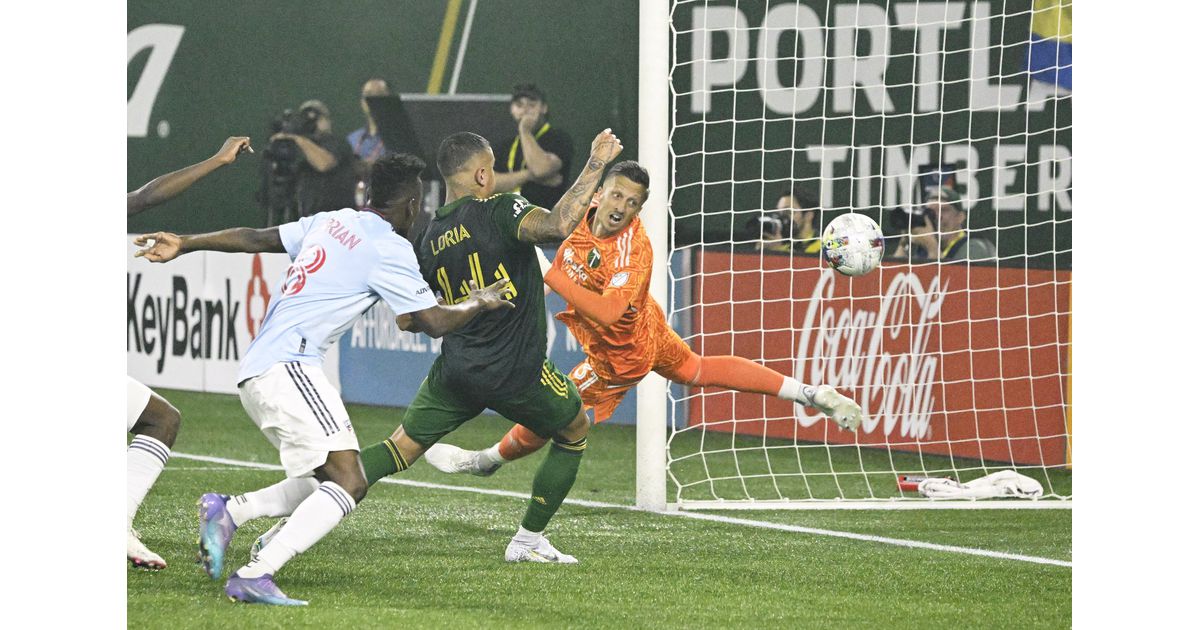 All the facts from FC Dallas’ wild draw in Portland.

FC Dallas managed to pick up an important road draw on Saturday night as they tied the Portland Timbers 1-1.

On the feelings in the final moments of the match…“I was very emotional at the end because I felt that it was unfair that we were losing in the game. It was something out of the ordinary to be losing a match where you were the better team. I will say that the first half was more even but in the second half, we dominated the game. The adjustments we did tactically with Tsiki’s entrance and the belief from our players helped execute our game plan. We had a couple of scenarios where we were one-on-one with their keeper and could have scored.”

On the defensive effort in the match…“If you look at the rest of the games that were played today, you can see that they were all high-scoring matches. We are starting to show that we are solidifying the defense. We have players that can come off the bench, like Nanu and Nkosi (Tafari) did tonight, bringing a lot of help. José (Martínez) and Marco (Farfan) were carrying muscle issues from the last game against Seattle. It was a great collective effort from the boys tonight.”

On Sebastian Lletget entering the starting lineup in a short time period…“He entered because we were short of players in the midfield area. Paxton (Pomykal) is dealing with a minor muscle issue and Tsiki (Ntsabeleng) is recovering from his health, which is improving. We knew that him playing over 45 would be difficult, but he did exceptionally well. Sebastian is a player who I’ve worked with at the National Team before. His style of play fits us and I remember that he learned all the concepts of how we play while we were with the National Team. We will tweak a few things, but he showed tonight what he is capable of. We are excited to see him progress and gel with the rest of his teammates.”

On the penalty call…That’s a down moment. We defended well the whole time and unlucky that it had to hit my arm, could’ve been anywhere else but I blocked it. It is what it is. I saw when we went over to the video, I knew he was going to call a penalty just because of how it looked. Obviously, it’s a down (moment). Then we’re in the 95th minute and it’s one of those things where you think the game might be over but I go up top and we play a couple of good long balls. I get a flick then something happens and we get a corner and we score again. It was a down and then a really up moment in a minute or two.

On the game-tying own goal…I could tell by where I was lining up in the box that whoever it was…I couldn’t tell if it was Yimmi or Diego (Chará). But he kept looking back at me and the guy that was marking me was telling him that I was going to make a run there, so (Diego) started to creep out a little bit more knowing that I was going to make the near post run where I could see it and so I made the run anyway and it bumped him. He was really far from where he normally was at the near post and he couldn’t get up high enough to jump to head it and it kind of skidded off him and went in. Like if he doesn’t touch it, I’m going to get a touch on it.

On Nico Estévez’s goal celebration at the end of the match…Yes, it’s definitely a boost to come out of this with some points after the way we thought it was going to end. I mean, we had plenty of chances to come away with all the points, then to feel like we were going to get none of the points and then to get some points… Like you said, him running off the bench kind of explains how everyone felt.

On previously working with Nico Estévez…“I tried to steer away from the fact that I have only been part of the club for over 48 hours. The group has welcomed me with open arms and I can see why the club is doing so well and it’s promising. I know Nico well and what he wants from me, so that makes things easier for me as far as transitioning.”

On the events in tonight’s match…“I believe we did alright and I felt like we should’ve executed on the plays we were working on better. More than anything, we are getting used to each other in the midfield and I felt like there were a lot of great moments. I thought that we could have won this game.”

On the final play of the match…“When you outplay your opponents like the way we did in the second half and you create all these chances and then you receive a slap in the face. They call a penalty kick against you and you feel like wow, we are really walking away with no points. At the end we were able to come away with the point, but you just wish that it had come earlier. That just shows the character of this team and we won’t stop till the very end.”