Ferreira, Pomykal, Reynolds and Tessmann Named to MLS's 22 Under 22 Rankings

22/10/2020 17:44 - FRISCO, Texas - FC Dallas had a league-high four players named to MLS's 22 Under 22 rankings, an annual list which ranks the top 22 players in the league under the age of 22. Forward Jesús Ferreira, defender Bryan Reynolds and midfielders Paxton Pomykal and Tanner Tessmann were all included in this 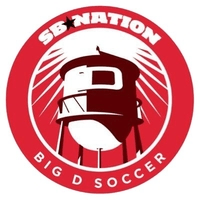 What to do about FC Dallas’ center back situation? | Big D Soccer