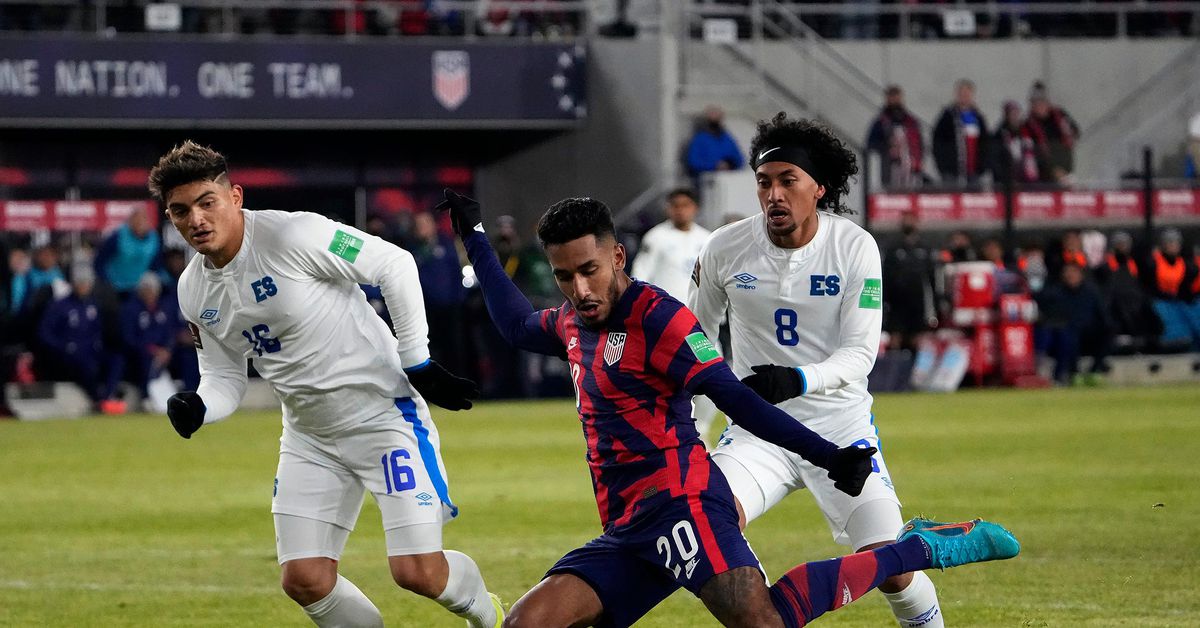 Kyle Robertson/Columbus Dispatch / USA TODAY NETWORK The USMNT picked up another important win last night in World Cup qualifying. The United States is moving closer and closer towards a trip to Qatar later this year for the World Cup after last night’s 1-0 win over El Salvador. It wasn’t pretty but we did get to see FC Dallas Homegrown forward Jesus Ferreira pick up his first start in qualifying. // MLS // How Orlando City SC are evolving after signing Facundo Torres & Ercan Kara | MLSSoccer.comOrlando's offseason has been something to watch as their new owners are splashing some cash while making some difficult moves. Sebastian Giovinco in preseason camp with Toronto FC | MLSSoccer.comIf I am a Toronto fan, I would be happy to see Gio back but not as a DP. He's 35 now, not exactly a prime time age for a DP now in MLS. BREAKING: Matt Turner headed to Arsenal in summer - The Bent MusketThe news went from a rumor to a deal pretty quickly for Turner. I have to say this is a huge deal for both sides as Turner's rise from out of nowhere continues. D.C. United signs Rapid Vienna forward Taxiarchis Fountas to pre-contract deal - Black And Red UnitedUnited’s frenzied week continues with the addition of a new Designated Player. Analyzing Brad Smith’s trade to D.C. United - Sounder At HeartThe Sounders created about $1.35 million in added spending capacity with the move. Houston Dynamo look to add 'two, three pieces' as expectations rise in second week of preseason | The Striker TexasI really thought Houston would be a bit louder and bigger with some of their offseason moves but it appears they are taking a slower approach. Chicago Fire announce plans for a new, 30-acre training facility on the near west side - Hot Time In Old TownIt’s still very early in the discussion phase, but the new facility would be a game-changer for the Fire. Record-breaking Philadelphia Union signing of Mikael Uhre announced - Brotherly GameDanish striker signed to a three-year deal with an option for a fourth. // USMNT // Not perfect, but task complete: USMNT grind toward Qatar 2022 with El Salvador win | MLSSoccer.comYou don't always have to be perfect in qualification for the World Cup, just as long as you continue to win the games you are supposed to. 2022 Concacaf World Cup Qualifiers: USA 1-0 El Salvador - A whiff of lightsaber delivers three points - Stars and Stripes FCJedi Robinson made the difference as the USA opens 2022 with a win.