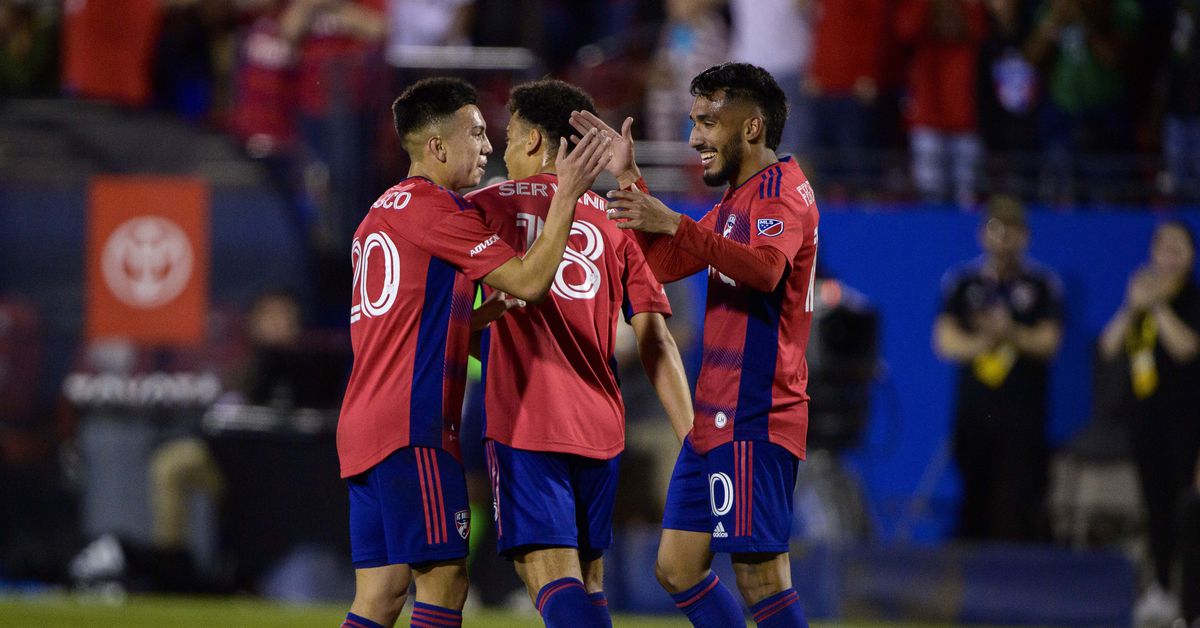 Jerome Miron-USA TODAY Sports From the depth starting to show up to Ferreira’s big night, FC Dallas has a lot of good momentum right now. Is FC Dallas back to being fun again? I mean, really? Are they? Their win on Saturday night over the Portland Timbers gave me some flashbacks of the days when the team was gobbling up 60 point seasons. Now, we still have a long ways to go here but after four games this season, we’re really starting to see how good this team may actually be. Ferreira’s big night was also a big team performance too I urge you to read Matt Doyle’s write-up about how good Ferreira was on Saturday in his weekly weekend recap over at the league’s website. He breaks down the goals and what Ferreira was able to do in space better than I have the time to do here. Ferreira scored the fastest hat trick in club history and the eighth fastest in league history. That is pretty wild to me that he scored three goals in ten minutes, all different goals too. One on the end of a run, one in the air and one from distance. Oh, and he had a pretty damn good assist on the night too. But I have to say that the first goal was one of the best ‘team’ goals I’ve seen in so long from this group. Jesús take the lead. pic.twitter.com/tyQVYXkv6Y— FC Dallas (@FCDallas) March 20, 2022 Not only do you get the play from the back out of Matt Hedges but that ball from Paxton Pomykal to Alan Velasco was *chefs kiss* great only to be followed up by a perfectly weighted ball that Paul Arriola wisely dummies to allow Ferreira to swoop in and snatch his first of the season. The more we see play like this through the midfield, the more you have to like where this club is heading. The big test will be after this international break as to whether or not they can put it together on the road. Depth starting to show Did Nico Estevez have his best XI to begin the game on Saturday? I think he may have at least found his preferred group of starters, but it is still too early in my book to tell if that was actually the best group to start a game. That being said, the depth this team has at the moment is solid across the board. They only have one injury to really deal with in Nicky Hernandez and the rest of the group is certainly in a position to push the starters. We saw Nanu earn a second straight start here and I do believe he is finally getting his footing in MLS down. Before we were seeing him get forward like Estevez wants in the attack but his crosses would have just a little too much on them. Saturday, they were on point like on his assist to Ferreira’s second goal. While Marco Farfan did pick up a little bit of a knock, having Ema Twumasi off the bench was a nice change of pace down the stretch too. I also love the idea of bringing veterans off the bench like Franco Jara and Facundo Quignon. For most of this season, we’re not going to need 90 full minutes out of either guy but both are actually proving to be solid additions for 15-30 minutes to help close out a game. Let’s also not forget the fact that this club still has guys that have barely appeared down the depth charts with Szabolcs Schon, Jimmy Maurer and Nkosi Tafari yet to really see any significant minutes. Let’s talk about the crowd for a moment Jerome Miron-USA TODAY Sports As the game was about to kick off, I was talking to fellow writer Jon Arnold of The Striker Texas about the look of the stadium as fans were filing in. Both of us had similar comments in the moment that if that crowd on Saturday could become the baseline for future games, then the club would be in a good position in terms of attendance this season. It turns out, that was a sellout crowd. Sure, every seat wasn’t filled and we know those numbers usually represent the number of tickets distributed. But a sellout for FC Dallas is still a sellout. You can’t take that away from them here. But back to those comments with Arnold here, that baseline crowd was good. Both of us kept commenting on the night that the supporters’ section felt louder than the previous two home games combined. The players certainly fed off that energy from the stands and kept riding that wave to the tune of four goals. I know we’ve all talked a bunch about the environment at games and how the club has a ways to go to improve things, but Saturday was certainly a good start in that process. Compared to the first two games of the year that were on cold, wet evenings, this past Saturday was perfect to get that first sellout of the year. Now if we can only figure out what to do with that north-end stage that just looks so hideous at this point with nothing but a couple of Toyota trucks and some smoke machines. Before you ask, I do know the club is actively trying to figure out what to do there, I just don’t know if there is a true timeline yet on what they’ll do in that end.