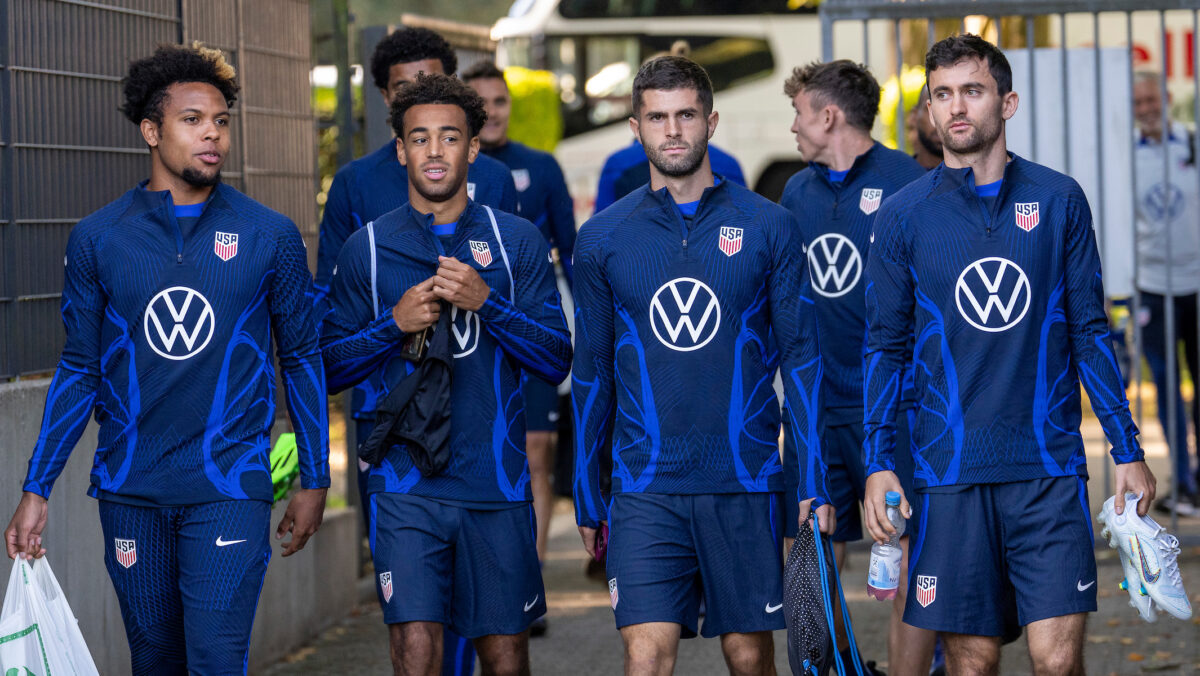 In an ideal world, Gregg Berhalter would go into his the U.S. men’s national team friendlies against Japan and Saudi Arabia with a full-strength squad in order to give his preferred starting lineup two valuable opportunities to play together before the FIFA World Cup. Injuries will keep that scenario from being an option for the USMNT though, and while key starters such as Antonee Robinson and Yunus Musah are set to miss the September friendlies, those absences will give the rest of the player pool a chance to bolster their own cases for a seat on the plane the Qatar. Berhalter took a bit of suspense away regarding the USMNT lineup he will deploy against Japan on Friday (8 a.m., ESPN2/UniMas), confirming on Thursday that Sam Vines would start at left back in place of the injured Robinson, while Matt Turner and centerbacks Walker Zimmerman and Aaron Long also prepare to start. Photo by John Dorton/ISI Photos One position Berhalter didn’t divulge on Wednesday was which of his midfielders would step into the starting central role left vacant by Musah’s absence. Brenden Aaronson had been seen as a likely option to step in, but neither Berhalter or midfielders Weston McKennie or Tyler Adams mentioned Aaronson first or second when rattling off potential fill-ins for Musah’s spot. “One of the key attributes of our team is obviously the depth in our team,” Adams said on Wednesday. “Yunus is a vital part to our midfield and obviously what he brings to the team is there’s something special, and me in Weston have obviously built a good chemistry with him. But we look forward to giving guys opportunities to play. We have guys like Luca De La Torre, that can step in there, Kellyn Acosta that can step in there that are all proven guys, so they’ll step in and do their job.” De La Torre was the first midfielder mentioned by Berhalter when discussing potential Musah replacements, which wouldn’t be such a surprise if not for the fact De La Torre has played very few minutes for Celta Vigo since joining the Spanish club on a free transfer late in the summer. De La Torre isn’t the only USMNT player struggling for consistent minutes though, with USMNT stars such as Christian Pulisic and Sergiño Dest currently caught up in the battle for playing time at their clubs, which could limit how many minutes they can play in the September friendlies. Photo by John Dorton/ISI Photos That reality should mean more opportunities off the bench in the September friendlies for fringe options fighting for the final spots on the USMNT World Cup roster. “I think it’s where the six subs in friendly games comes into play,” Berhalter said. “We’ll manage those guys until they get fatigued, and then when they can’t produce their actions anymore, we’ll get them off the field. I think that’s the beauty of having six substitutes. “I can imagine that the World Cup, some teams will be doing that for players that that aren’t playing 90 minutes, that aren’t completely fit,” Berhalter said. “So I think there’s a balance. Ideally, you want guys that can produce high energy throughout the 90 minutes, but with six subs, it gives you some flexibility.” As things stand, Aaronson and Adams are the only European-based USMNT players earning consistent starts in Europe’s top leagues, with even McKennie facing a fight for a steady role in the Juventus midfield and Gio Reyna working his way back into a locked-in starting spot at Borussia Dortmund. The MLS-based trio of Zimmerman, Long and Jesus Ferreira have settled in as starters in Berhalter’s first-choice lineup, but the fight for the spots behind them, and even spots to challenge them, will be among the key battles to watch as Berhalter makes lineup changes against Japan. Josh Sargent comes into the September friendlies in the best form of his career, and the same can be said for Mark McKenzie, who is fighting to move up the pecking order at centerback after being included in the September camp as a late injury replacement. Along with having a chance to see some players like Sargent and McKenzie, Berhalter and the USMNT will face Japan in a match that should help give them a fresh look, much the same way Morocco and Uruguay did in the June friendlies. “I think it’s amazing, playing these friendlies now, because we’re not familiar with them,” McKennie said. “Maybe some players have played against some of the players on their team over the weekends, but that’s one of the big things about the World Cup. Sometimes you play against teams that you haven’t played against before that you’ve never experienced playing against. And I think this right here is definitely going to help us diversify our play a little bit and adapt to certain situations and certain game plays we may not be familiar with.”