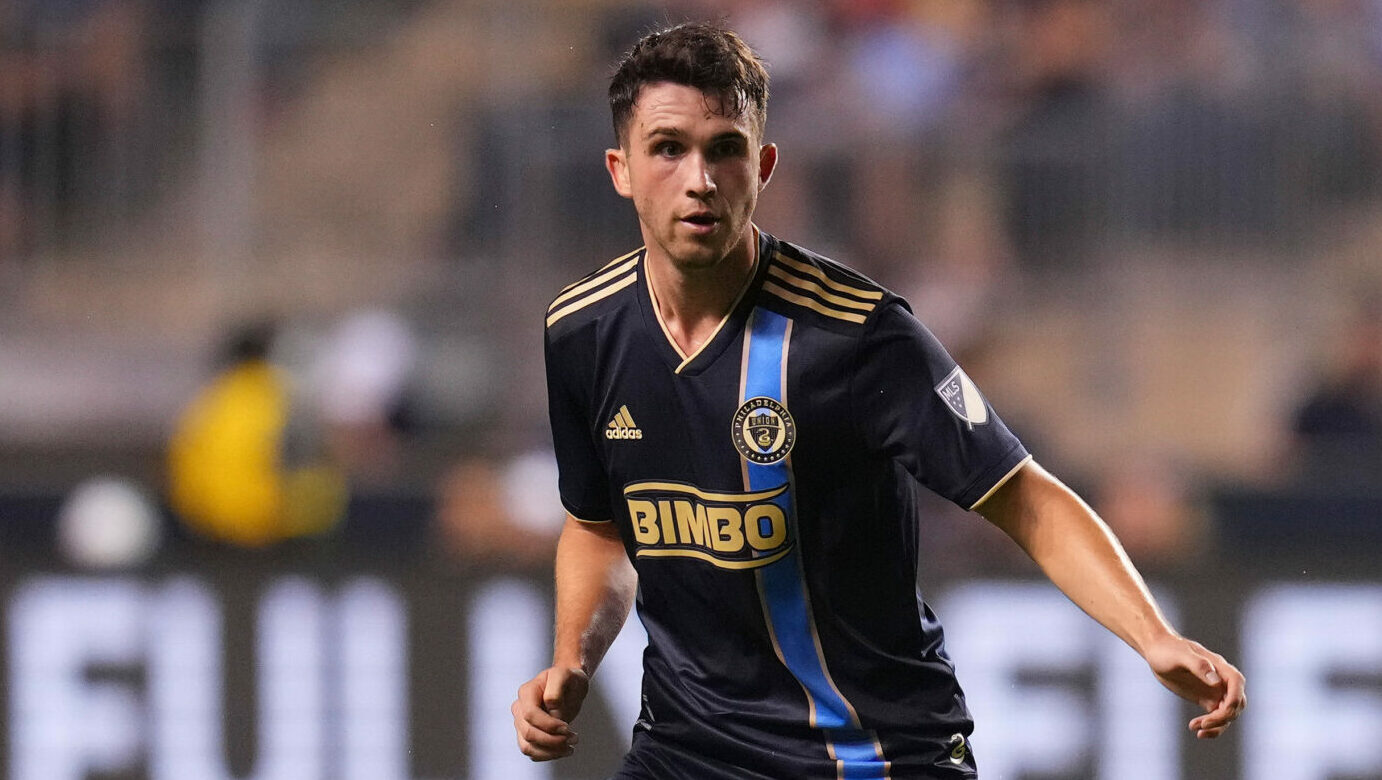 The Philadelphia Union’s dynamic attacking trio of Daniel Gazdag, Julian Carranza, and Mikael Uhre stole much of the attention in Jim Curtin’s squad in 2022, but Leon Flach played the hero role in Thursday’s semifinal showdown vs. FC Cincinnati. Flach’s first goal of the season and second overall for the club proved to be the difference in the Union’s 1-0 victory over FC Cincinnati, helping the No. 1 seed advance to next weekend’s Eastern Conference Final. The 21-year-old joined the Union prior to the 2021 regular season and since has become a key piece of Curtin’s midfield, starting in 68 of his 72 league appearances to date. His range and versatility were on display once again for the Union at Subaru Park, but it was his awareness and confident finish that stood out in the lone goal through 90 minutes of action. “When we do shooting exercises, I’ll just say Leon doesn’t love to do the shooting part of things,” Union head coach Jim Curtin said after the win. “It’s not just me that gives him a tough time with the shooting — the players do, too. For him to score the goal he did, it was incredible.” “I probably saved my goals for the playoffs,” Flach jokingly admitted postmatch. “Right moment, right time, and I think that’s also what it comes down [to] when we play the playoffs — it’s one goal which decides one game.” Jim Dedmon-USA TODAY Sports Thursday’s contest was expected to be headlined by the star-studded attacking units for both the Union and FC Cincy, but Flach’s breakthrough goal in the 59th minute was the latest example that every player needs to be ready for their opportunity. Uhre’s hold-up play in the box eventually led to a quick pass and one-time finish by Flach into the roof of Roman Celentano’s net. Flach has been a stalwart on the left side of the Union’s 4-4-2 diamond formation, playing ahead of left back Kai Wagner and putting in plenty of hard work for the good of the team. Not only did his goal propel the Union into the final four of the playoffs, but he also contributed two tackles, two blocks (including one on FC Cincy’s final shot of the match), and one interception. A former youth player with German club St. Pauli, Flach has fit continued to fit right into the Union’s plans as he remains a regular starter in MLS. “I was not thinking much, I think that helped a lot,” Flach said about his goal. “I just tried to hit the ball first, and then I just suddenly saw it flying in the right direction, right height. And an incredible moment.” “Leon does so much that doesn’t show up on the stat-sheet for this club, this team,” Curtin said. “Maybe because he’s so mature and intelligent, people think he’s a 28-year-old, but he’s young.” Leon picked the PERFECT TIME to get his first goal of the season!!!#DOOP pic.twitter.com/828E6hRde5— x – PhilaUnion (@PhilaUnion) October 21, 2022 The Union will now prepare to host either CF Montreal or New York City FC in the Eastern Conference Finals on Oct. 30, aiming to reach a first-ever MLS Cup Final. Thursday’s gritty win was the latest example of the Union’s ability to play strong defensively and use minimal offensive chances to deliver a winning goal. Flach played the hero against FC Cincinnati, and it might be someone else’s opportunity to rise to the occasion with the stakes rising higher in the East Final. “Maybe the one God I believe in is a soccer God,” Curtin said. “This is the way the games look at this time of the year. It doesn’t have to be pretty, and the name of the game is surviving and advancing.”