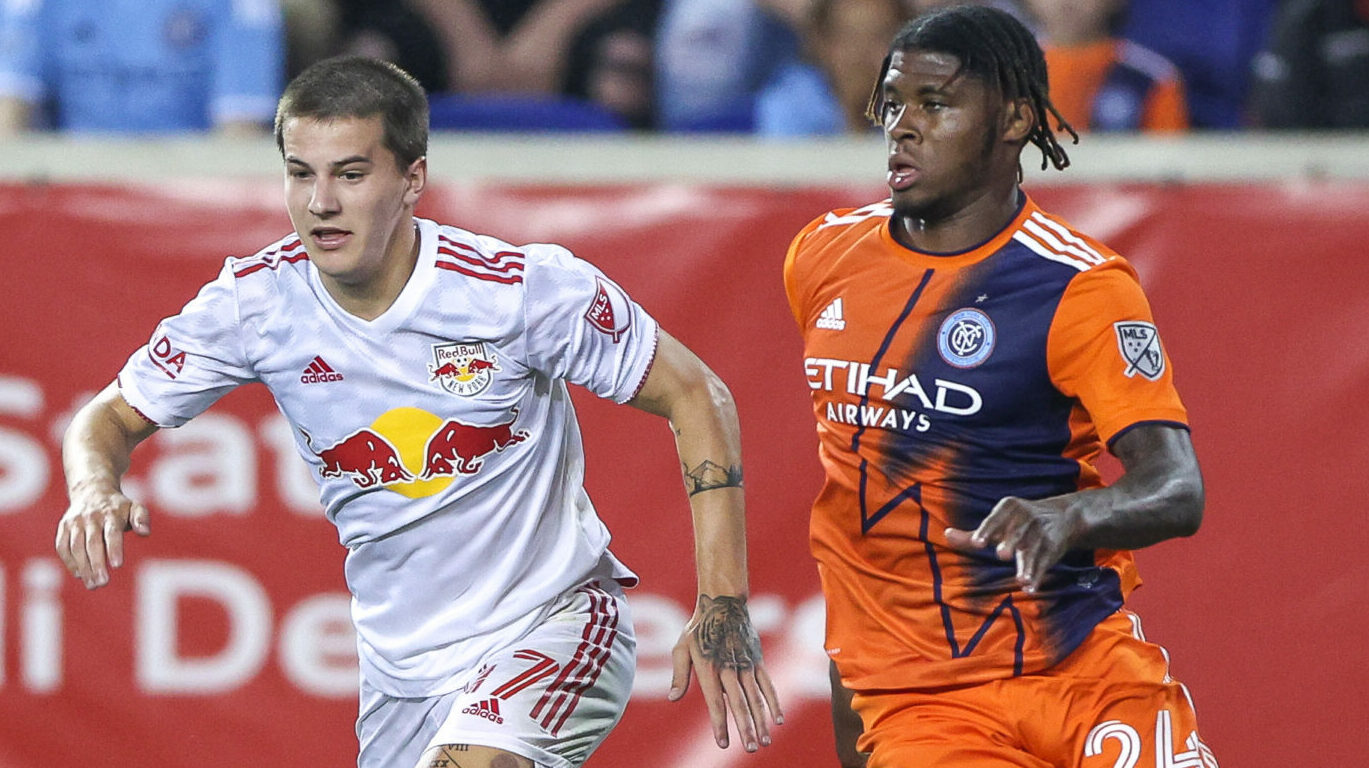 The Major League Soccer playoffs continue to draw closer, and Week 31’s MLS slate brings several more key matchups that will determine the field for the postseason. Chief among the high-stakes clashes is the Hudson River Derby, which gives New York City FC and the New York Red Bulls a major opportunity to move up in the Eastern Conference. In the West, Nashville SC and Austin FC will face off once again. Nashville SC is on a tear at the moment, while Austin FC’s form needs to turn around ahead of the playoffs. Meanwhile, FC Dallas is surging in the Western Conference and the Timbers and Sounders have major playoff implications in their matchups this weekend. Here is a closer look at the top matchups in MLS Week 31: NYCFC vs. Red Bulls Vincent Carchietta-USA TODAY Sports Saturday, 1 p.m., ESPN+ This weekend’s Hudson River Derby is pivotal for both sides. A Red Bulls win is a huge lift heading into the playoffs and positions Gerhard Struber’s side to strive for second in the Eastern Conference. An NYCFC win helps fend off Orlando City and could allow Nick Cushing’s side to put the pressure on the Red Bulls for the remaining two games of the season. Lewis Morgan has buoyed the Red Bulls lately with four goals in his last six games, and the Red Bulls have won three of their last four games. NYCFC’s attack is being carried by Gabriel Pereira and Heber, who each have seven goals. NYCFC has had a tumultuous run in the second half of the season, but has maintained strong home form with only three losses in home matches. NYCFC is also coming off a Campeones Cup victory over Atlas, a win that could provide some momentum during the upcoming crucial fixtures. Atlanta United vs. Union Mitchell Leff-USA TODAY Sports Saturday, 3:30 p.m., UniMas, TUDN The Union are peaking in a big way, riding a five-game winning streak that has them in the driver’s seat for the Supporters’ Shield for the first time this season. Atlanta United is hitting a hot streak of its own, reviving a playoff campaign that seemed dead two weeks ago. Thiago Almada and Juan Jose Purata put on a show in last week’s win over Toronto FC, and a win over the Union would not only be a major statement, it is likely a requirement to stay in the playoff race. The Five Stripes’ embattled back line will have a lot to contend with, with Daniel Gazdag on a tear and forwards Mikael Uhre and Julian Carranza not far behind him. The Union’s central midfield is formidable, too, with Jack McGlynn and Jose Martinez looking like the best midfield unit in the league. Austin FC vs. Nashville SC Christopher Hanewinckel-USA TODAY Sports Saturday, 9 p.m., ESPN+ Nashville SC and Austin FC last faced off just 12 days ago, with Hany Mukhtar scoring twice to take the lead in the MLS Golden Boot race. Nashville has taken off from there, and this matchup offers Gary Smith’s team a chance to step further toward securing a first-round playoff bye and possibly even jump into contention with FC Dallas for third in the Western Conference. Austin FC’s centerback pairing of Julio Cascante and Ruben Gabrielsen hit a stride earlier this season, but Austin has struggled defensively, giving up eight goals in three games before Josh Wolff’s side bounced back to a 3-0 win over RSL this week. Crew vs. Timbers Trevor Ruszkowski-USA TODAY Sports Sunday, 1 p.m., ESPN, ESPN Deportes Each team is fighting for a playoff berth in their respective conference, with the Crew barely in the playoffs as it stands, and the Timbers striving to secure some safety with Minnesota United tied on 45 points and Nashville SC just one point ahead. The Crew’s attacking threat of Lucas Zelarayan and Cucho Hernandez will go up against the Timbers’ reliable back line, led by Juan Carlos Van Rankin and Bill Tuiloma. The Crew’s back line has performed even better this season, allowing only 35 goals. The Timbers seek to make it five wins in a row to bolster a campaign for the playoffs, while the Crew look for their first win in the month of September. Whitecaps vs. Sounders Joe Nicholson-USA TODAY Sports Saturday, 10 p.m., ESPN+ The Sounders’ huge win over Austin FC last weekend breathed some new life into their playoff campaign. If the “real Sounders” can close out the regular season, as Sounders coach Brian Schmetzer called them during last Saturday’s win over Austin FC, they may be a factor heading into the playoffs. The Whitecaps are down-and-out in the playoff race, but Vanni Sartini’s side can be tricky. They just took down the LA Galaxy to a 3-0 defeat, and are strong at BC Place with eight wins. The Sounders’ back line has looked average at best for most of this season, and could have some trouble stopping Ryan Gauld, Cristian Dajome and Lucas Cavallini. The Sounders will be depending on some other results, but winning out the rest of the season can ensure that the Sounders will have a real shot at continuing their streak of MLS playoff appearances. Full MLS Week 31 Schedule SATURDAY 1 p.m. – NYCFC vs. Red Bulls, ESPN+ 3:30 p.m. – Atlanta United vs. Union, UniMas, TUDN 7:30 p.m. – Revolution vs. CF Montreal, ESPN+ 7:30 p.m. – Orlando City vs. Toronto FC, ESPN+ 8 p.m. – Fire vs. Charlotte FC, ESPN+ 8:30 p.m. – Sporting KC vs. Minnesota United, ESPN+ 9 p.m. – Austin FC vs. Nashville SC, ESPN+ 9:30 p.m. – RSL vs. FC Cincinnati, ESPN+ 10 p.m. – Whitecaps vs. Sounders, ESPN+ 10:30 p.m. – LA Galaxy vs. Rapids, ESPN+ 10:30 p.m. – Earthquakes vs. FC Dallas, ESPN+ SUNDAY 1 p.m. – Crew vs. Timbers, ESPN, ESPN Deportes 5 p.m. – D.C. United vs. Inter Miami, ESPN+ 10:30 p.m. – LAFC vs. Dynamo, ESPN+