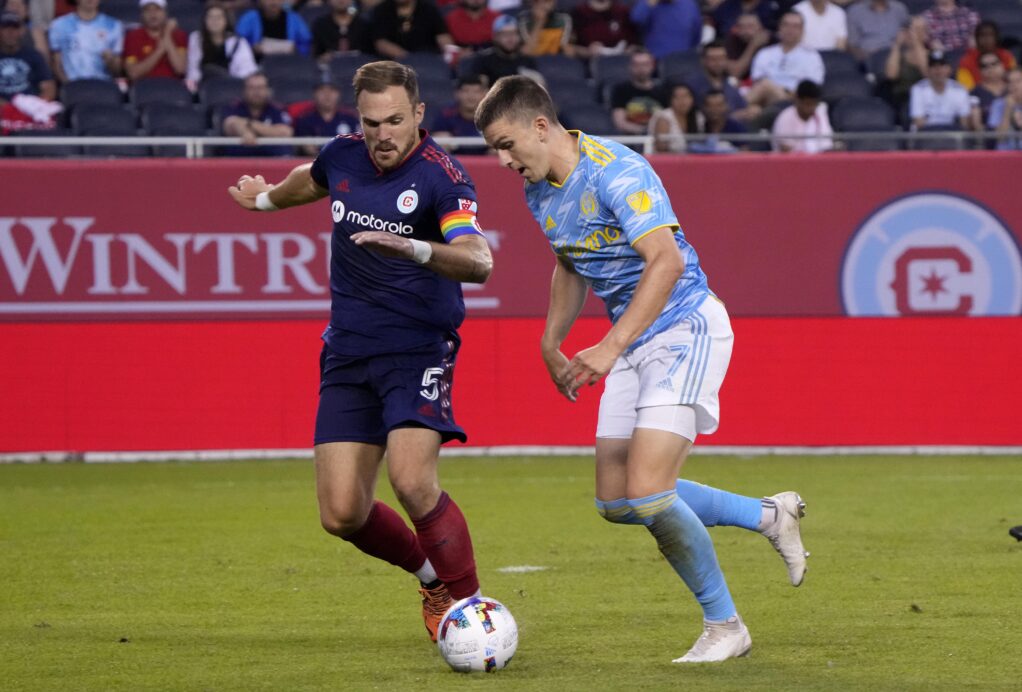 Some of MLS’ biggest stars and top performers return from the All-Star break to their respective clubs this weekend with nine or 10 games remaining for most teams to stake their claim at a playoff position. The playoff picture continues to take shape, with several in-form team starting to work up a lather such as the Chicago Fire and Toronto FC. Comfortably atop the Western Conference, Los Angeles FC can continue vying for the Supporters’ Shield, while the Philadelphia Union look to get back on track after a loss to FC Cincinnati last week. Here are the top matches to watch in Week 25 of MLS play. Union vs. Fire Saturday, 7:30 p.m., ESPN+ The Union’s winning streak ended at five games last weekend with a 3-1 loss to FC Cincinnati. Jim Curtin’s side can prove that result was just a blip on the radar by bouncing back at Subaru Park against the Chicago Fire. The Fire, however, are on a five-game unbeaten streak which includes two wins away from home. Ezra Hendrickson’s side will face their toughest opponent in several weeks, while also combating a difficult Subaru Park atmosphere. If Kacper Przybylko can pick up where he left off last week, with two goals in a 3-2 win over Charlotte FC, and Xherdan Shaqiri can continue leading the midfield, the Fire can put themselves much more seriously into playoff contention in the Eastern Conference. The Union are unbeaten at home in 2022, and have only conceded 18 goals in total this season. Red Bulls vs. Orlando Saturday, 6 p.m., ESPN+ Orlando City is looking to buck a run of awful form at an important time of the season, while the New York Red Bulls enter this match with the sour taste of a 5-1 loss in the U.S. Open Cup semifinal to the Lions. Oscar Pareja’s squad has gone more than one month without a win, and need to turn things around to stay in the playoff hunt against surging FC Cincinnati, Columbus Crew and Chicago Fire. Can the Red Bulls overturn their lackluster home record of 3-4-4? Gerhard Struber’s side will need to perform better at Red Bull Arena if they are going to prevent CF Montreal from widening the gap between third and fourth in the Eastern Conference. The Red Bulls’ attack is still receiving plenty of production from Lewis Morgan, who has scored two goals and added one assist in his last four games, but Brazilian playmaker Luquinhas has gone cold. Center forward is another contentious area of the field, with Patryk Klimala, Tom Barlow and Omir Fernandez not producing much in their opportunities at the position. Rapids vs. Crew Saturday, 9 p.m., ESPN+ The Rapids and Crew are two surging teams in their respective conferences and both will aim to make runs at playoff spots after unconvincing first halves of the season. The Rapids claimed two important victories over the past 10 days, downing the New York Red Bulls away from home before using a Gyasi Zardes hat trick to down Minnesota United. The Crew most recently took down NYCFC, and Cucho Hernandez and Lucas Zelarayan have revolutionized the way Caleb Porter’s side is setting up. The Crew toe a thin line this season, with a goal difference of +5 and only 26 goals allowed. If the Rapids can keep a red-hot scoring streak going, a win over the Crew could be within reach. The Rapids will likely have new signing Felipe Gutierrez available to boost the attack. Toronto FC vs. Timbers Saturday, 7:30 p.m., ESPN+ Toronto FC and the Timbers have not faced off since 2019, with TFC aiming for their first head-to-head win over Portland since 2017. This unusual cross-conference matchup pits two playoff hopeful teams, with whom nothing is guaranteed. TFC is four points from a playoff spot, while the Timbers occupy a playoff position in an extremely tight middle of the pack in the Western Conference. Despite TFC’s big names and the Timbers’ attacking threats, two familiar faces, Michael Bradley and Diego Chara, will face off in a power struggle in the midfield. Whichever team can create the most chances could have the edge, given the amount of in-form attacking players on each side. Another key matchup to watch is Federico Bernardeschi vs. Claudio Bravo. Bravo leads the league in tackles won, while Bernardeschi has two goals and three assists in his last four matches. Inter Miami vs. NYCFC Saturday, 8 p.m., ESPN+ This match could produce plenty of goals, and it will be interesting to see whether NYCFC interim coach Nick Cushing can pull his side together. NYCFC seems adrift after losing striker Valentin Castellanos, with a home loss to the Crew following a scoreless draw to CF Montreal. Inter Miami, meanwhile, is performing well, on a three-game unbeaten streak, but tightening up defensively will be key after conceding six goals over that span. NYCFC still has plenty of attacking options, despite Castellanos’ departure. Talles Magno, Santiago Rodriguez and Maxi Moralez lead the attack, but the team has lacked the same bite since Castellanos scored 13 goals in the first half of the season. Inter Miami’s attackers are in great form, with Bryce Duke, Robert Taylor and Gonzalo Higuain scoring in recent matches. Inter Miami has never defeated NYCFC before, in five meetings. NYCFC defeated the Herons in late July, 2-0, with goals from Maxi Moralez and Heber. Full MLS Week 25 Schedule SATURDAY 6 p.m. – Red Bulls vs. Orlando City, ESPN+ 7:30 p.m. – FC Cincinnati vs. Atlanta United, ESPN+ 7:30 p.m. – Revolution vs. D.C. United, ESPN+ 7:30 p.m. – Union vs. Fire, ESPN+ 7:30 p.m. – Toronto FC vs. Timbers, ESPN+ 8 p.m. – Inter Miami vs. NYCFC, ESPN+ 9 p.m. – Austin FC vs. Sporting KC, ESPN+ 9 p.m. – Rapids vs. Crew, ESPN+ 9 p.m. – FC Dallas vs. Earthquakes, ESPN+ 9 p.m. – Dynamo vs. CF Montreal, ESPN+ 10 p.m. – LA Galaxy vs. Whitecaps, ESPN+ 10:30 p.m. – LAFC vs. Charlotte FC, ESPN+ SUNDAY 9 p.m. – Nashville SC vs. Loons, FS1, FOX Deportes 10 p.m. – Sounders vs. RSL, ESPN+