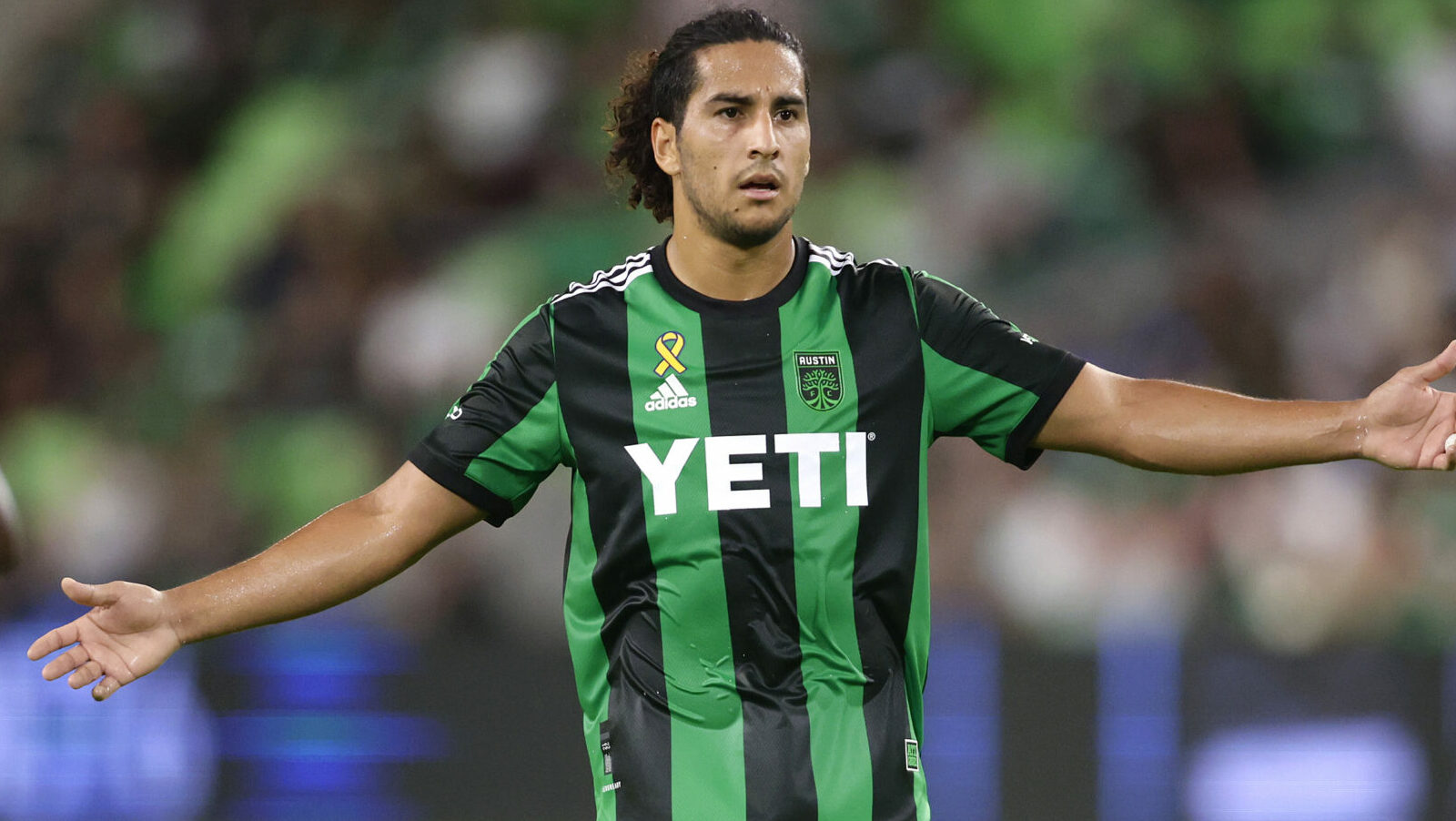 Austin FC will bid farewell to its first-ever Designated Player as Cecilio Dominguez departs the Western Conference club. Dominguez and Austin FC mutually agreed to part ways on Saturday, ending a one-and-a-half-year stay in Texas. The 27-year-old had not featured for Austin FC since March 20 after MLS opened an investigation stemming from a possible domestic dispute with his partner.  The Paraguayan was reinstated by MLS in May, but was not used by head coach Josh Wolff. Dominguez totaled nine goals and four assists across 38 regular-season games for Austin FC. Austin FC has been linked with Argentine winger Emiliano Rigoni, who currently plays for Brazilian club Sao Paulo. Rigoni did play alongside current Austin FC midfielder Sebastian Driussi during their time with Russian side Zenit St. Petersburg. Dominguez’s release makes him the second Austin FC Designated Player to leave the club, following Tomas Pochettino, who was loaned to River Plate in January. The Western Conference club has taken major strides in 2022, currently sitting second in the conference, one point behind leaders LAFC. Here is a closer look at all of the recent MLS News: D.C. United signs Ravel Morrison Wayne Rooney will have some added familiarity in his roster at D.C. United following the signing of midfielder Ravel Morrison. Morrison signed a one-and-a-half-year contract with D.C. United from Derby County, which includes an option for 2024. The Jamaican international played under Rooney’s leadership at Derby County last season, totaling five goals and four assists in 38 combined appearances. “Wayne worked closely with Ravel during his time as manager of Derby County,” Dave Kasper, D.C. United President of Soccer Operations, said. “Ravel is an incredible talent and his ability to create and score goals is impressive. He has played at the highest levels during his career and his vision, creativity and ability on the ball will be a huge asset for us.” D.C. United will be Morrison’s 13th stop of his club career after mainly playing in his native England. A former Manchester United academy player, Morrison featured for West Ham United, Birmingham City, and Queens Park Rangers, among others. He’s earned 14 caps for Jamaica after previously being an England youth national team player. Toronto FC signs veteran defender Doneil Henry Toronto FC replaced Carlos Salcedo’s spot on the roster on Friday, adding Canadian international defender Doneil Henry for the remainder of the season. Henry, 29, signed a contract through the rest of 2022, after previously being released by LAFC earlier this summer. A native of Brompton, Ontario, Henry began his career in the Toronto FC academy before eventually playing five seasons with the first team from 2010-14. “Doneil has good experience in the league and can provide us with some backline depth,” said Toronto FC Head Coach and Sporting Director Bob Bradley. “He obviously has strong ties to Toronto and to the club and we know he’s excited to rejoin the team.” Henry also played for the Vancouver Whitecaps in MLS, totaling 44 appearances and four goals from 2018-19. He has also earned opportunities with West Ham United, Blackburn Rovers, AC Horsens, and Suwon Bluewings. Internationally, Henry has earned 44 caps with the Canadian men’s national team. Toronto FC sits 13th in the Eastern Conference with only five wins from 21 matches so far. Loons midfielder Hayes out for season with injury Minnesota United boss Adrian Heath won’t have the services of Jacori Hayes for the remainder of the 2022 MLS season. Hayes underwent surgery to repair a lower leg non-displaced tibia-fibula fracture, which he suffered in Wednesday’s 4-0 friendly win over English Premier League side Everton. Hayes has been ruled out for the remainder of the season, leaving Heath one midfielder short in his squad. The 27-year-old Hayes made eight league appearances this season, registering one assist. Hayes has totaled 78 career appearances in MLS play, joining the Loons from FC Dallas in February 2020. The Loons sit in fourth place in the Western Conference, riding a five-match unbeaten run in league play. Quick Kicks The Columbus Crew signed midfielder Mohamed Farsi to a first-team contract from Crew 2 in MLS NEXT Pro. Farsi, 22, registered six assists in 14 appearances for Crew 2, logging over 1,100 minutes in Laurent Courtois’ squad.