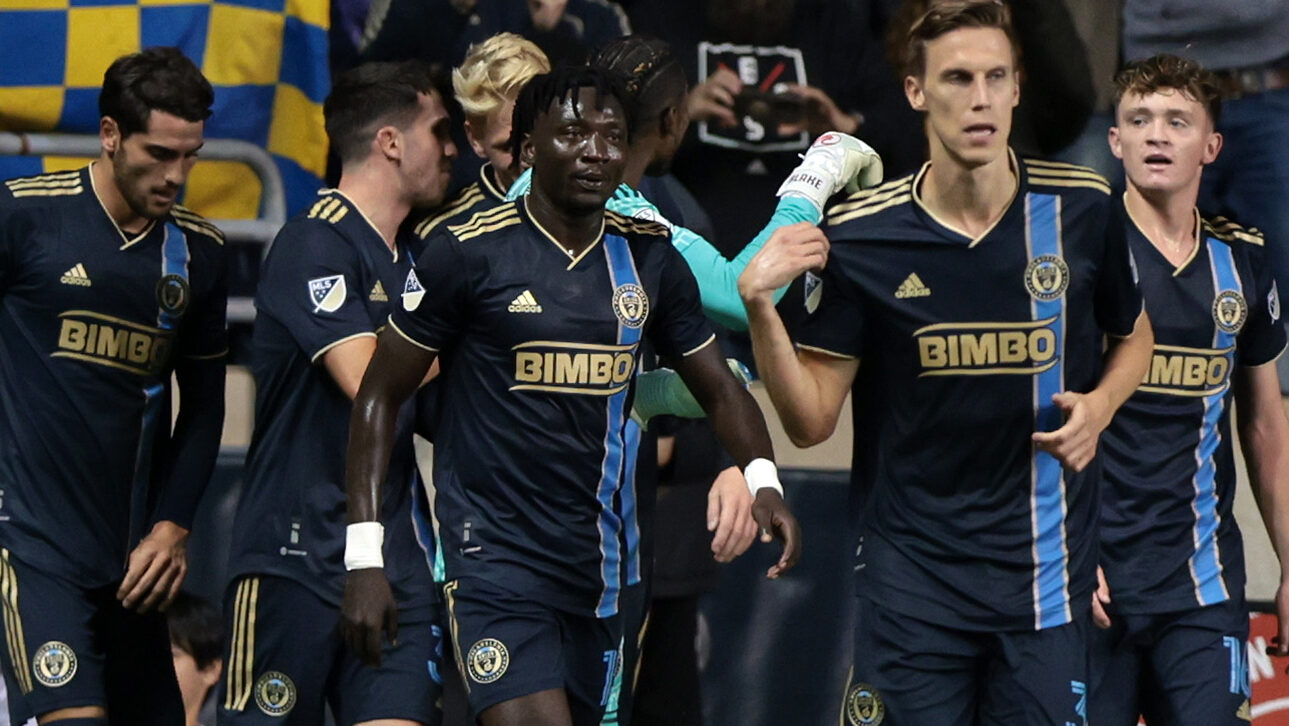 CHESTER — The Philadelphia Union needed a strong second-half performance to book its first-ever MLS Cup berth, but after being hit in the mouth by New York City FC, Jim Curtin’s squad answered in style by scoring three unanswered goals. Julian Carranza and Daniel Gazdag scored two minutes apart for the Union before Cory Burke sealed a 3-1 victory by adding an insurance goal off the bench. Maxi Moralez’s third playoff goal propelled NYCFC into a lead early in the second half, but the Union eventually found their groove to win its first Eastern Conference title. Both teams held their own periods of possession in the first half, but had little to show for it in the final third. Sean Johnson made two saves for Nick Cushing’s squad, but the Union left plenty of chances on the table and lacked the cutting edge to make the most of their early possession. NYCFC cut through the Union’s defense to deliver the breakthrough goal in the 59th minute thanks to great team passing and a deft finish from Maxi Moralez. Anton Tinnerholm and Santiago Rodriguez connected at the top of the Union box before Moralez’s one-time blast found the bottom-left corner. It was Moralez’s third goal of the playoffs and Rodriguez’s 17th assist of the league season. pic.twitter.com/nFlNdySzQa— New York City Football Club (@NYCFC) October 31, 2022 However, the Union didn’t have to wait long to tie things up or take their first lead of the match as Julian Carranza’s low strike made it 1-1 in the 66th minute. Jakob Glesnes’ pass upfield on a Union free kick allowed Carranza to take the pass in stride and drill a low shot past Sean Johnson. ALL HAIL KING JULIAN #PHIvNYC 2-1 | #DOOP pic.twitter.com/1izLKwxGAV— x – PhilaUnion (@PhilaUnion) October 31, 2022 The Union kept the pressure on and found a go-ahead goal in the 68th minute through Daniel Gazdag’s top-shelf finish. Carranza’s header cross the box and allowed Gazdag the opportunity to score his 23rd goal this season. DANIEL GAZDAG GIVES US THE LEAD#PHIvNYC 2-1 | #DOOP pic.twitter.com/5ZmmYXIZrV— x – PhilaUnion (@PhilaUnion) October 31, 2022 As NYCFC tried to fight for an equalizer, the Union eventually put the match out of reach through substitute Cory Burke. Burke raced upfield in possession and despite NYCFC’s best efforts to clear the ball out of their box, the Jamaican international roofed his shot into the top of the net. The Union hung on to clinch their first-ever Eastern Conference Championship and set up an MLS Cup showdown with Los Angeles FC. It makes the first MLS Cup with two No. 1 seeds since 2003.