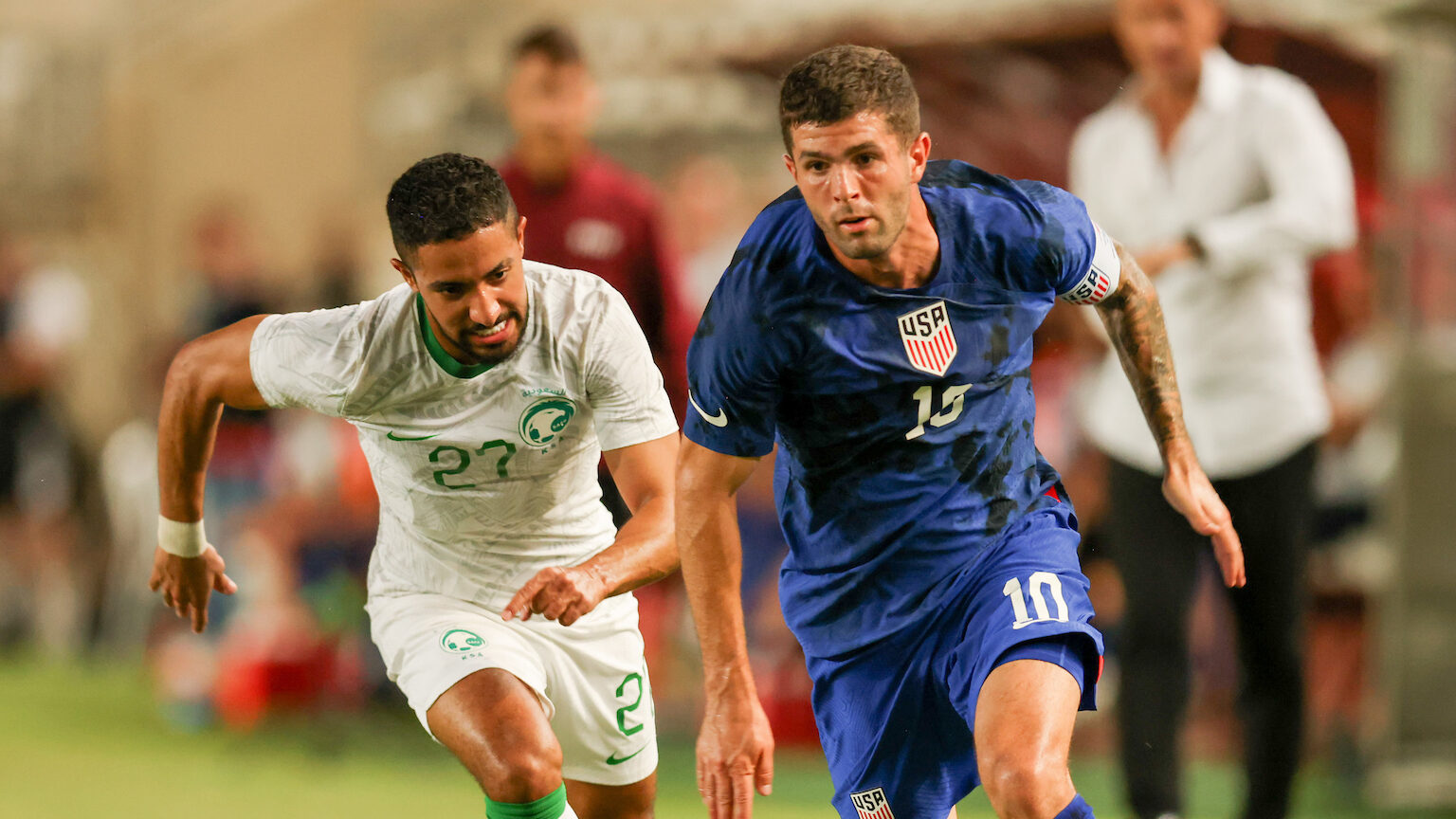 The last U.S. men’s national team match before the FIFA World Cup was an improvement on Friday’s forgettable loss to Japan, but the Americans didn’t exactly deliver a performance that inspired confidence less than two months before the World Cup kicks off. Four days after failing to register a shot on goal in a 2-0 loss to Japan, the USMNT tightened up its defense but continued to struggle generating chances in a 0-0 draw with Saudi Arabia on Tuesday in Murcia, Spain. Matt Turner played the hero once again for the Americans, making two tough saves in the shutout. The Americans managed just two shots on goal, an improvement on their showing against Japan, but they didn’t trouble Saudi goalkeeper Mohammed Al-Rubaie, who recorded two simple saves. The USMNT enjoyed a considerable edge in possession, and was clearly the better team in the first half, but the only chance they generated was a 24th-minute look by Tyler Adams, who missed inches wide on a long-range shot. Gio Reyna left the match in the 30th minute in a substitution that wasn’t planned beforehand. Paul Arriola replaced Reyna, who walked straight to the locker room when he was replaced, leading Berhalter to make a temporary visit to the locker room during the first half. The team announced that Reyna’s departure was precautionary after the Borussia Dortmund winger felt muscle tightness. The best chance for the Americans in the second half came shortly after Jesus Ferreira entered the match, with the FC Dallas star pouncing on a Saudi turnover and sending a close-range shot right at Al-Rubaie in the 61st minute. Berhalter will announce the USMNT 26-man World Cup roster on November 9th, with the full team coming together in Qatar by November 13 ahead of their group-stage opener against Wales on November 21st.