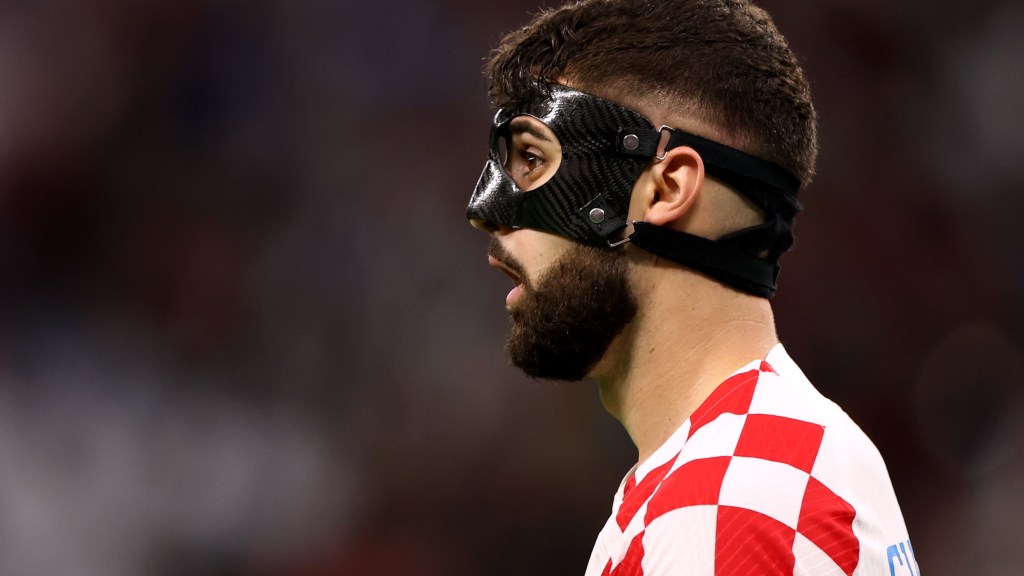 If you’re watching Croatia play in the 2022 World Cup in Qatar, you may have noticed Josko Gvardiol — who plays for RB Leipzig when he’s not with the national team — wearing a large face mask. Wondering what the deal is? Nope, it’s not just for looks, as cool as that would be. It’s because last month, while playing in the Budesliga against Freiburg, he had a collision with a teammate that injured his face, which included a broken nose. In order to prevent further injury, he’s donned a protective mask, like the ones we’ve see NBA players wear. There you have it! That’s the answer. List 5 World Cup teams who shockingly got knocked out of the group stages, including Germany View 5 items