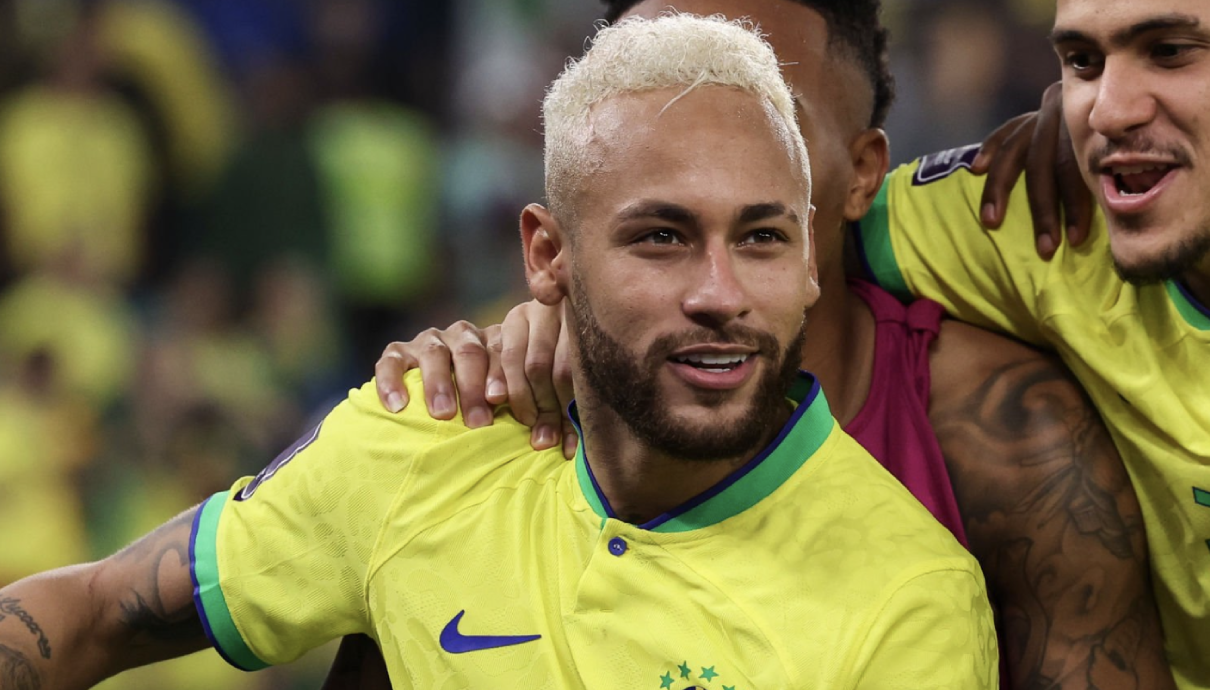 2022 FIFA World Cup favorites Brazil showed its quality once again on Monday evening with Tite’s men blitzing South Korea early and never letting their foot off the gas. Brazil scored four goals in the opening 36 minutes of the match in an eventual 4-1 Round of 16 victory over South Korea. Neymar made his return by scoring once and assisting once while Richarlison, Vinicius Junior, and Lucas Paqueta also got on the scoresheet. It was a flying start for Brazil with Vinicius breaking the deadlock after a Neymar assist. Vinicius steadied himself after receiving the pass before rifling a shot into the roof of the South Korea net. It took just 7 minutes for Brazil to take the lead Vinícius Júnior gives Brazil the lead pic.twitter.com/KPngbHAP5T— FOX Soccer (@FOXSoccer) December 5, 2022 Neymar doubled Brazil’s lead in the 13th minute after stepping up from the penalty spot and guiding a shot into the bottom-right corner. It was his 76th international goal for his country. Richarlison started and finished off Brazil’s third goal of the opening half, passing to Marquinhos before moving around the field. Thiago Silva’s eventual through ball pass was hammered home by the in-form Tottenham forward for his third goal of the tournament. Brazil just makes it look too easy Richarlison makes it 3-0 in the first half pic.twitter.com/6vLfkeisna— FOX Soccer (@FOXSoccer) December 5, 2022 Lucas Paqueta added a fourth for Brazil before halftime after a deadly attack was capped off by the West Ham midfielder. Richarlison, Neymar, and Vinicius all linked up on passes before Paqueta raced into the box to score. FOUR FOR BRAZILAnd it's only the first half pic.twitter.com/OJRfWNQEUd— FOX Soccer (@FOXSoccer) December 5, 2022 Seung-Ho Paik earned an insurance goal for South Korea in the 76th minute, but ultimately it was Brazil’s night to celebrate as it advanced to the final eight of the competition. Up next for Brazil is a quarterfinal showdown with Croatia on Friday. Japan 1, Croatia 1 (Croatia advances 3-1 on penalties) (Daizen Maeda 43′) – (Ivan Perisic 55′) Croatia received a first-half punch from Japan in Round of 16 action on Monday but recovered and eventually returned to the quarterfinal round. Ivan Perisic’s equalizing goal paired with Dominik Livakovic’s three penalty saves helped Zlatko Dalic’s squad eliminate Japan by a 3-1 shootout scoreline. Livaković does it again!Japan: Croatia: pic.twitter.com/E2P4GYm0g0— FOX Soccer (@FOXSoccer) December 5, 2022 After both teams grinded it out for 120 minutes, a shootout was needed to find a winner. Takumi Minamino’s poor penalty attempt allowed Livakovic the chance to deny the Monaco midfielder. Kaoru Mitoma was also rejected by the Dinamo Zagreb goalkeeper while Maya Yoshida also walked away in frustration thanks to Livakovic’s third save. Nikola Vlasic, Marcelo Brozovic, and Mario Pasalic all successfully slotted home their attempts as Croatia marched on. Daizen Maeda had propelled Japan in front after 43 minutes, finishing off Yoshida’s header in the box for a 1-0 lead. However, the lead only lasted 12 minutes as Croatia battled back after halftime. JAPAN TAKES THE LEAD Maeda puts Japan on top pic.twitter.com/qVartKoL4O— FOX Soccer (@FOXSoccer) December 5, 2022 Dejan Lovren’s cross allowed Ivan Perisic to head home his first goal of the tournament, tying things up at 1-1. CROATIA LEVELS THE SCORE Perišić with an absolute beauty of a header pic.twitter.com/ZO3yuXGIm4— FOX Soccer (@FOXSoccer) December 5, 2022 Both Shuichi Gonda and Livakovic impressed as the match went on, making key saves to eventually force extra time. Livakovic was the busier of the two keepers in extra time, denying Mitoma from playing the hero in the 105th minute. Livakovic finished with six total saves as Croatia will now meet Brazil in the final eight.