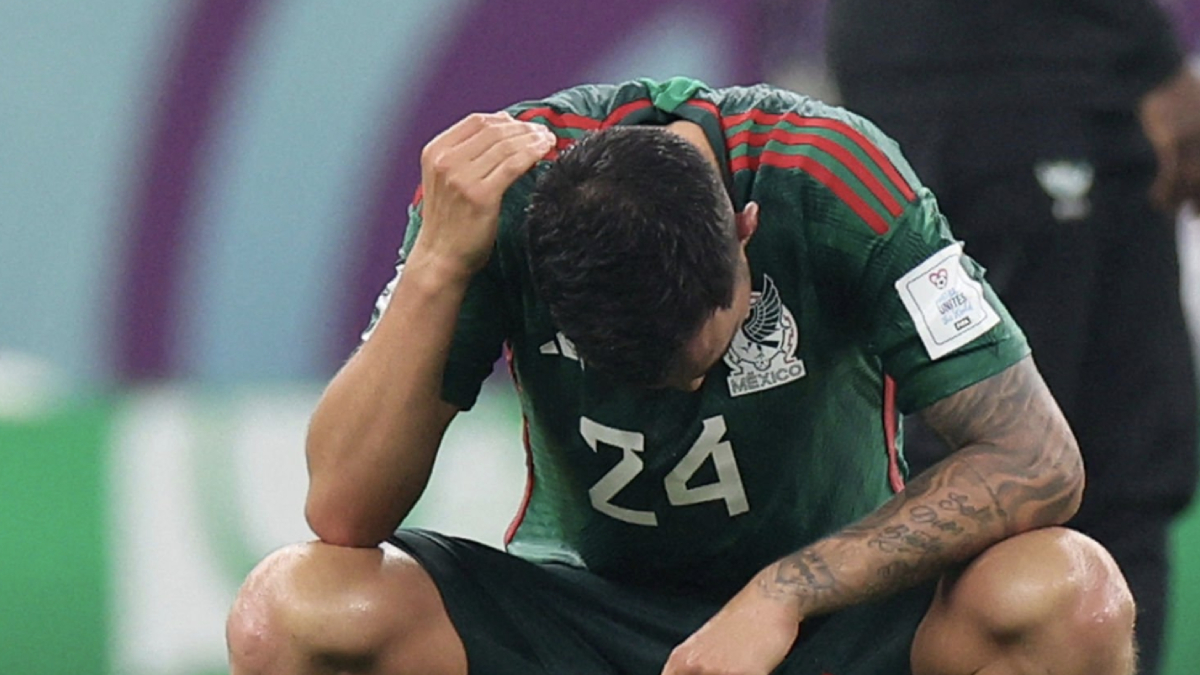 For the first time since 1978, Mexico will not be participating in the knockout rounds of the highest stage in the sport. A valiant but unsuccessful 2-1 effort against Saudi Arabia saw El Tri settle for third in Group C, which put Argentina and Poland forward into the Round of 16. Poland did not end its group stage campaign on a particularly high note, though. A 2-0 defeat to the Argentines had their advancement bid on the brink of danger had Mexico been able to pull out a lopsided win. The Polish aren’t the only ones feeling a little conflicted with their Wednesday result. Defending World Cup champions France, though sporting a mixed starting squad, lost a little power with a shocking 1-0 defeat to Tunisia. Australian soccer fans watched their Socceroos advance for just the second time in tournament history thanks to a second-half goal from Melbourne native Matthew Leckie, which knocked Denmark out of the Round of 16 picture. Here is a closer look at Wednesday’s World Cup results: Mexico 2, Saudi Arabia 1 (Henry Martín 47′, Luis Chávez 52′) – (Saleem Aldawsari 90’+5) For all the world, it looked like Mexico was ready to put itself in the driver’s seat and pull off an incredible feat to advance. El Tri needed some help from Argentina’s scoreline over Poland, and got it but fumbled the landing. Mexico and Poland’s fate was ultimately decided by goal differential, they ended up at 0 and -1 respectively, and the clincher that doomed Mexico came in the 11th hour. SAUDI ARABIA SCORES pic.twitter.com/XiNbSdbC4f— FOX Soccer (@FOXSoccer) November 30, 2022 El Tri fans will all fly home thinking the same thing – it took entirely too long for their men to find goals. The pressure was on, and Henry Martín and Luis Chávez opened Mexico’s 2022 World Cup scoring account far too late. Still, the opportunity was there to capitalize but it was not meant to be for El Tri, which will have to push aside some close (and questionable offside calls) as it joins Canada as the latest Concacaf crash-out. MEXICO WAS THIS CLOSE pic.twitter.com/UbR4XGJDW1— FOX Soccer (@FOXSoccer) November 30, 2022 Argentina 2, Poland 0 (Alexis Mac Allister 46′, Julian Alvarez 67′) The Polish advanced, but no thanks to their own efforts on Wednesday. Poland fans were scoreboard-watching the Mexico-Saudi Arabia match simultaneously and probably sensed an early trip home with respect to their side’s performance. Poland held the fair play tiebreaker but really should have done more to help its own cause. Julián Álvarez wasn't missing this one As it stands, Poland is still through to the knockout stage on the fair play tiebreaker pic.twitter.com/qlr0j4sMlJ— FOX Soccer (@FOXSoccer) November 30, 2022 At least they got to see Wojciech Szczęsny deny Lionel Messi from the spot in a memorable fashion. This behind the net view of Szczęsny's save of Messi's penalty is pic.twitter.com/BlMjs4goVC— FOX Soccer (@FOXSoccer) November 30, 2022 In reality, he had far too busy a shift, with that being just one of his nine saves on the evening. Obviously Argentina was bound to be the best team in the group, but losing the shots created battle 23-4, and possession battle 73%-27% spells trouble if the Polish want to make it farther than the Round of 16 looking ahead. Australia 1, Denmark 0 (Matthew Leckie 60′) Australia booked its place into the 2022 FIFA World Cup Round of 16 on Wednesday with the Socceroos eliminating Denmark in the process. Matthew Leckie’s second-half goal paired with Mathew Ryan’s three-save clean sheet helped Australia claim a 1-0 victory in Group D action. It was the second time in Australia’s history that it will be in the Round of 16. AUSTRALIA HAS DONE IT The @Socceroos advance to the knockout stage for the second time in their history pic.twitter.com/uGyfDpxuEj— FOX Soccer (@FOXSoccer) November 30, 2022 Ryan’s first major involvement came in the 19th minute when the veteran goalkeeper pushed away Harry Souttar’s deflection away from goal. Joakim Maehle’s cross forced Souttar to clear away from his own net, but thanks to Ryan’s punch, an own goal was avoided. Matthew Leckie delivered the go-ahead goal for Australia in the 60th minute after beating Maehle and Kasper Schmeichel for a brilliant solo effort. Riley McGree’s pass allowed Leckie to race upfield before calling his own number for the finish. This goal by Mathew Leckie was CLINICAL pic.twitter.com/3IdggxmYK5— FOX Soccer (@FOXSoccer) November 30, 2022 Andreas Cornelius’ stoppage-time header was Denmark’s final chance for an equalizing goal, but his effort landed on top of Ryan’s net, condemning the Danes to elimination. Australia will face the winner of Group C while France takes on the runner-up. Tunisia 1, France 0 (Wahbi Khazri 58′) Tunisia might be heading home from Qatar, but the African side is leaving on a positive note after shutting out group winners France 1-0. Wahbi Khazri delivered the lone goal for Tunisia while Aymen Dahmen made three saves in the shutout victory. France rotated many of its starters in the match after already clinching a knockout stage berth earlier in the competition. Steve Mandanda made two saves for France in the first half, keeping the Tunisian attack at bay. Ben Slimane and Khazri both had efforts denied by the veteran shot-stopper as the sides went into halftime level. Khazri glided by two French defenders in the 58th minute before guiding a shot past Mandanda and into the far corner of his net. Aissa Laidouni was credited with the assist after sending the veteran attacker upfield with the pass. TUNISIA TAKES THE LEAD As it stands Tunisia is through to the knockout stage pic.twitter.com/qSwvafgY16— FOX Soccer (@FOXSoccer) November 30, 2022 Ousmane Dembele was denied twice later in the half by Dahmen before Kylian Mbappe was also kept out by the 25-year-old. Tunisia held on for a historic victory over Les Bleus while France now prepares for Round of 16 involvement.