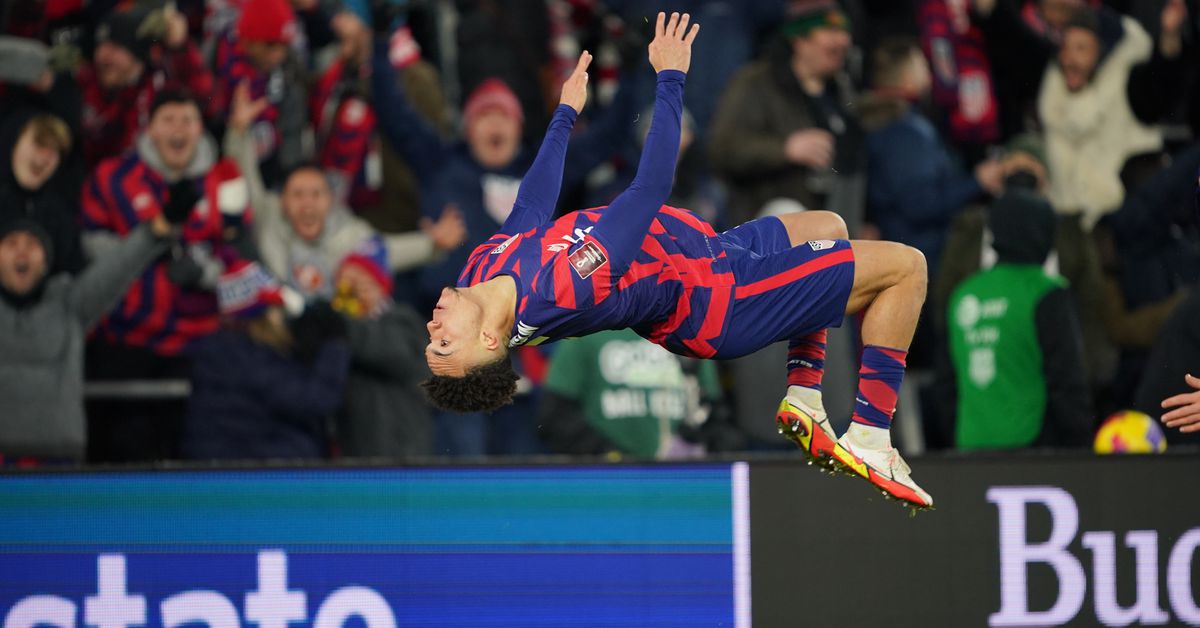 Photo by John Todd/ISI Photos/Getty Images USMNT picks up three points, MLS teams stocking up on DP strikers, and Matt Turner on the way to Arsenal. Gotta get down on Friday! It’s the Breakfast Links on the last day before the weekend, let’s go! Houston Individual tickets are now on sale for all Dynamo games in the 2022 season. The club has some good deals this year like the Beer Garden and the HDFC.edu Pass. Get out to PNC Stadium and we’ll see you there. We have some fun things planned for match days so, stay tuned. The Dynamo are also in the midst of Kickoff Week with a number of cool, interactive things for fans to check out. Griffin Dorsey answered fan questions on Twitter yesterday and there are more interactive sessions to come. MLS Cue the Oprah meme but for Major League Soccer teams signed Designated Player strikers. Everyone is getting one! Orlando City SC signed Ercan Kara, the Phildelphia Union signed Mikael Uhre, and Charlotte FC added Karol Swiderski earlier this week. Photo by MB Media/Getty Images The Atomic Ant is back! Maybe? Former MLS MVP Sebastian Giovinco is a part of Toronto FC’s preseason roster with the possibility of rejoining the club he once starred at. It is yet to be seen if he will be offered a contract but his potential return definitely has Toronto fans excited. New England Revolution goalkeeper Matt Turner is one step closer to a move to Arsenal in the English Premier League. Reports are that he will head to England this summer, allowing him to begin the season with the Revs. It’s been a busy summer for MLS players moving to Europe and Turner looks to be the latest to hop on a plane across the Atlantic. Around the World The United States Men’s National Team picked up a 1-0 win Thursday night over El Salvador in Columbus, Ohio. Left back Antonee Robinson scored the American’s lone goal. There was nothing impressive about this match for the US but a win is a win in World Cup Qualifying and Gregg Berhalter’s side will gladly take the 3 points in to their next match against Canada this weekend. Speaking of Canada... Elsewhere in CONCACAF World Cup Qualifying, Canada stayed at the top of the Octagonal standings with a 2-0 win in Honduras. Star left back Alphonso Davies is unavailable in this round of games but the Canadians showed grit in picking up a huge three points in Central America. A showdown with the United States on Sunday is going to be a fun one! After falling behind a goal to 10 man Jamaica, Mexico rallied with two late goals to pick up their own win on Thursday night. The top 3 teams in CONCACAF all picked up wins to further help their chances of locking up a spot in this winter’s World Cup in Qatar.

Five things to know as the Sounders face the Houston Dynamo

Dynamo go toe to toe with the CONCACAF champs: What to watch for

Dynamo 2sday: The boys in Orange fall in Loons Land