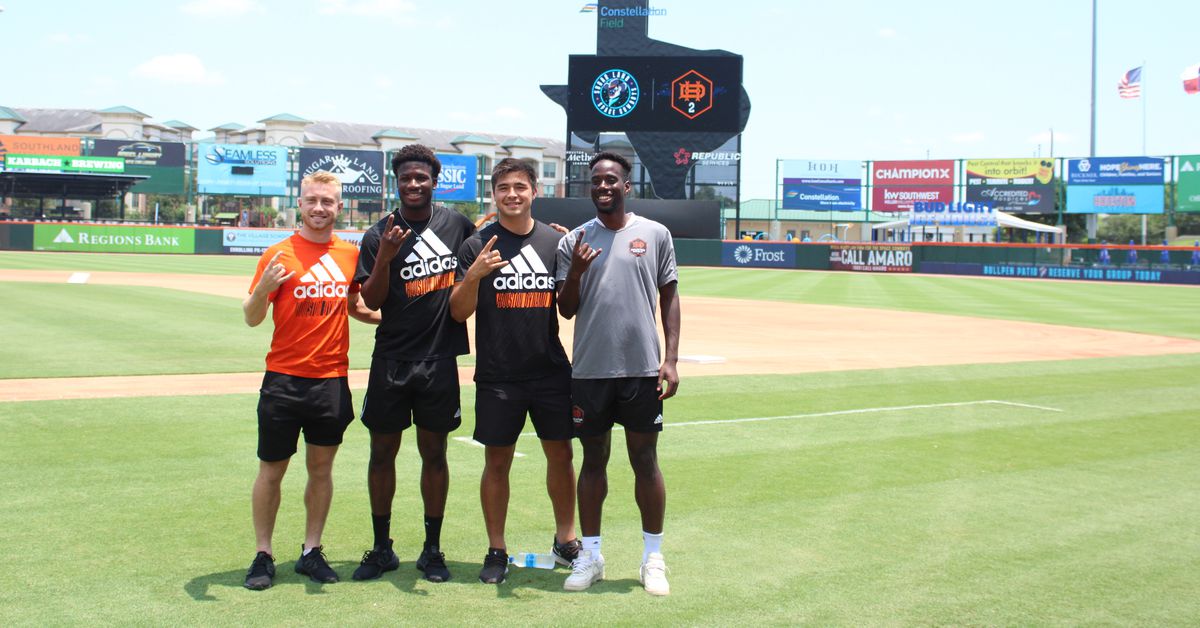 Aldo Canale Dynamo hit the road, Dash in Portland, Dos take their swings, PL title comes down to Sunday, and much more. It is finally Friday and the weather has us waiting for the summer. I love summer, probably as much as Olaf from Frozen, ha! Here are your Breakfast Links. Houston The Houston Dynamo couldn’t overcome the Seattle Sounders, as the team gained zero points from the midweek visit by the Kings of CONCACAF. The team played well, but just playing well doesn’t move you up the table. Head coach Paulo Nagamura will look to rally his team after the 1-0 home defeat. The Dynamo will begin their road trip this weekend as the team will face off against Chicharito and the LA Galaxy. The match is set for a 7:00 PM CT kickoff on Sunday. Vamos Dynamo! The Houston Dash end their own long road trip against the Portland Thorns this weekend. The Dash are currently sitting in 6th place in the table with a record of 1-1-1. The ladies have their game scheduled for a 5:00 PM CT kickoff on Saturday at Providence Park. DTFO! Houston Dynamo Dos won’t play again until Wednesday. They will take on Real Monarchs in Utah. However, some of the Dynamo Dos players tested their baseball skills as they gathered with the Sugar Land Space Cowboys yesterday. Let’s just say that there is a lot of room for improvement before they can get a contract offer, ha! Dale Dyna Dos! Make sure you check out the latest episodes of the Dynamo Theory Podcast, available everywhere you get you podcasts. MLS Jayne Kamin-Oncea-USA TODAY Sports LAFC star Carlos Vela wants a contract extension. Vela’s current deal is set to expire on June 30, producing speculation that LAFC’s captain and first-ever signing would depart over the summer. “Like I always say, I’m really happy here,” Vela said. “I love to play in LA, I love to play in this stadium with these fans. If it’s in my hands, for sure I will be here. I will help this club to win a trophy. For my part, I’m doing my stuff. We will see how we end. But I think we’re a little bit better.” Charlotte FC are seeking a playmaking Designated Player in the summer transfer window. Talks are ongoing ahead of the Secondary Transfer Window opening on July 7. “I don’t want to commit to whether it’ll happen in the summer, which is our aim, or January simply because the business of transfers is unpredictable,” sporting director Zoran Krneta told media on a virtual press conference. “We’re looking to add an attacking midfielder as a third DP, that’s our aim. But it’s something we’re careful about how we go about. We have targets, we’re talking to targets.” Six officials from the Professional Referee Organization will be part of the 2022 FIFA World Cup this November and December, the group announced Thursday. Hopefully, all the ones that haven’t passed by PNC Stadium this season. There were also four red cards in the final moments of the Sporting Kansas City versus Colorado. Just saying! Around the World Many leagues around the world are playing their final fixtures over the weekend. We will find out on Sunday who will be crowned the English Premier League champions, Liverpool or Manchester City. However, on the other side of the spectrum there will be teams trying to avoid relegation. Everton is one of the clubs that won’t have to worry about it on decision day as the Toffees win over Crystal Palace gave a dark season some light. Bayern Munich midfielder Malik Tillman has begun the process of filing a one-time switch to represent the U.S., a source confirmed to ESPN. If the switch is completed, Tillman will mark the latest successful recruitment of a dual national by U.S. manager Gregg Berhalter. His other successes include Barcelona defender Sergino Dest, Valencia midfielder Yunus Musah, and Augsburg FC forward Ricardo Pepi. Erik ten Hag will be in attendance for Manchester United’s last match of the season at Crystal Palace, sources have told ESPN. The Dutchman will officially take charge on Monday following the conclusion of the Premier League campaign. He oversaw his last match as Ajax boss on Sunday. Weekend matches to watch (central times): Saturday 1:00 PM: Freburg vs RB Leipzig – ESPN+ 2:00 PM: PSG vs Metz – bien Sports 8:00 PM: Tigres vs Atlas - TUDN Sunday 10:00 AM: Liverpool vs Wolves – USA 10:00 AM: Manchester City vs Aston Villa – NBC 11:00 AM: Inter vs Sampdoria – Paramount+ 11:00 AM: Sassuolo vs AC Milan – Paramount+ 8:00 PM: Pachuca vs America - TUDN