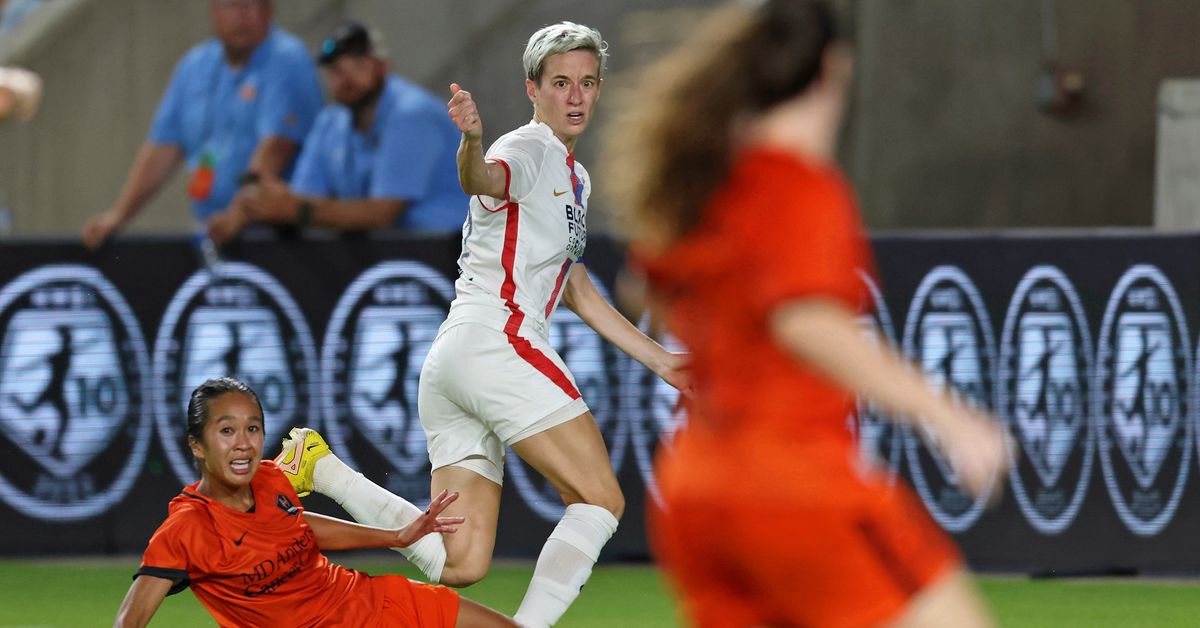 Bethany Balcer and Veronica Latsko scored for the visitors to deny Houston a chance at advancing to the playoffs on Saturday night.

The Houston Dash had a chance to clinch a spot in the NWSL playoffs Saturday night with a win over OL Reign, but with star striker Ebony Salmon sidelined Houston was unable to find the back of the net in a 2-0 loss. A season-high crowd of 7,798 was on hand to see two teams battling for the playoffs, with the away side coming out on top. The loss leaves Houston in fourth place with one game to play in the regular season.

Bethany Balcer got the opening goal for the visitors in the first half. A good ball over the top found Megan Rapinoe on the Reign left side. The UWSNT star beat Dash defender Caprice Dydasco and put a ball in the box. Rose Lavelle was unable to get to it and Allysha Chapman’s clearance fell into the path of Balcer and she slammed the ball past Jane Campbell.

Houston came out in the second half making one change. Forward Valerie Gauvin came into the match for Chapman. This move pushed Ryan Gareis to left back, Michelle Alozie to the wing, and put Gauvin in the center of attack.

The best chance of the night for the Dash came on a free kick right outside the box after 50 minutes. Maria Sanchez lined up the shot with her gifted left foot. Her shot was destined for the far post upper ninety but instead found the cross bar. Reign were able to clear the rebound and keep the home side off the score sheet.

Both teams played a very physical match as the Dash battled to find an equalizing goal. Tempers reached a boiling point for a number of players as yellow cards were handed out to Jess Fishlock and Megan Rapinoe for Reign and Sophie Schmidt for the Dash.

OL Reign put the match away with their second goal in the 76th minute. Advantage was played ona ball to Lavelle and she was very close to being offside. The USWNT attacker drove toward goal and beat Jane Campbell but the ball came back off the back post. Former Dash player Veronika Latsko was there, alone in the box, to clean up, and she used the other post to help guide Reign’s second goal into the back of the net.

The loss denies Houston a chance to clinch a playoff spot in the home finale and leaves it all to play for in the final week of the regular season. The Dash travel to Washington to take on the Spirit next Saturday, knowing a win in the nation’s capital puts them in the postseason. Ebony Salmon could return from COVID protocol for the match, whuch would give Houston a big shot in the arm. Other results from matches around NWSL could also put the Dash in the playoffs for the first time but Houston will want to take matters into their own hands and control what the can control. As a Dash fan, you didn’t want things to come down to the final game, on the road, but here we are.