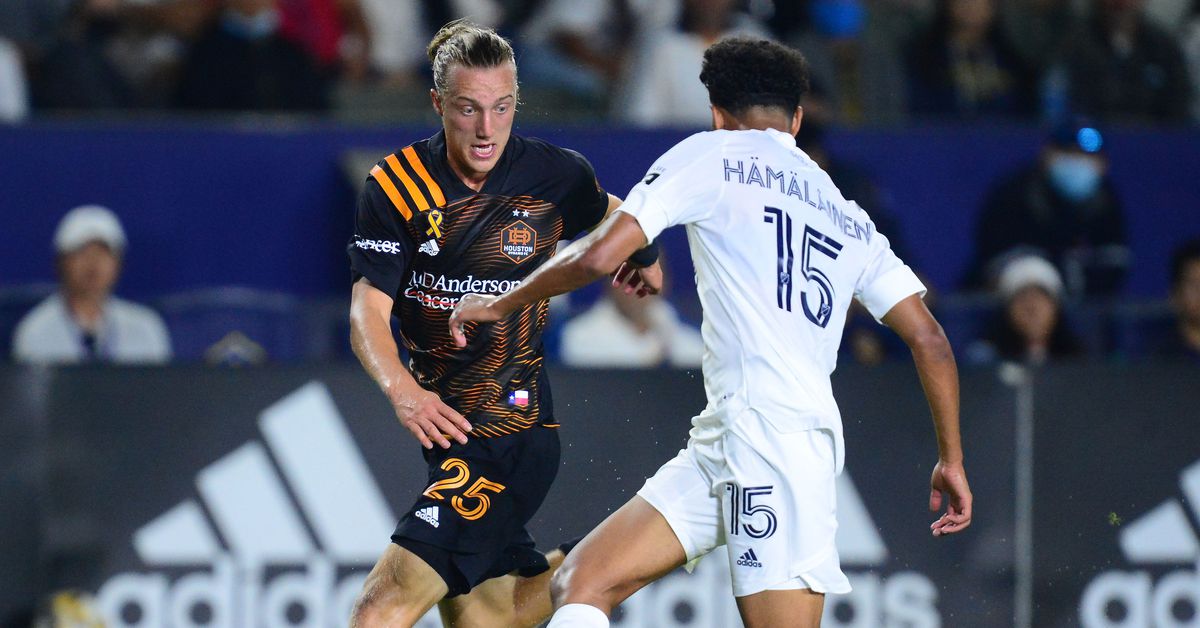 Gary A. Vasquez-USA TODAY Sports It was a good road performance by the Dynamo, but unfortunately they couldn’t take all three points Houston Dynamo FC hoped to follow up their win against Austin FC with a good performance on the road as they made their way to Dignity Health Sports Park to take on the LA Galaxy. Despite a quality showing overall, the Dynamo only managed a 1-1 draw with the Galaxy even though for much of the game, the visitors were the ones that were the more commanding side. Houston came out with a lot of energy in the opening minutes. They set a physical tone with Joe Corona fouling Victor Vázquez in the first or second minute. The Dynamo were able to intercept many of the Galaxy’s passes and transition the game to LA’s side of the field and win a few set pieces. The early effort by the Dynamo would be rewarded with an early goal in the 13th minute. After a cleared ball by LA goalkeeper Jonathan Klinsmann, the Dynamo won it back and a perfectly threaded ball by Darwin Quintero had Fafà Picault in on goal. Picault took his touch and shot around Klinsmann to put the visitors up 1-0 at Dignity Health Sports Park. Six goals in his last seven games.@Fafagoal23 cannot be contained pic.twitter.com/VgJPOC3NPt— Houston Dynamo FC (@HoustonDynamo) September 16, 2021 Following the goal, the Galaxy began to increase their pressure and numbers up the field as the trailing team. The Dynamo defense and spacing by the midfielders were up to the task of containing the possession by the home side. The Dynamo had weathered the pressure by LA and had begun to find more possession themselves which led to some good looks to increase their lead. A ball was played out wide to Griffin Dorsey who squared it across to Quintero before the 30th minute, but Quintero’s one time shot was blocked and cleared away from danger. The two would combine a few minutes later again with Dorsey picking out Quintero, but the curled shot from inside the 18 yard box was easily saved by Klinsmann. The Galaxy were more active in the second half with the Dynamo finding some chances of their own. Javier “Chicharito” Hernádez had a great opportunity to equalize in the 52nd minute. A ball by Samuel Grandsir into Chicharito saw him try his luck from around the 6 yard box, but his effort was saved by Dynamo goalkeeper Michael Nelson. BIG STOP BY KATY'S VERY OWN ❌ pic.twitter.com/n1K4pEZbbK— Houston Dynamo FC (@HoustonDynamo) September 16, 2021 Houston nearly added to their tally before the 60th minute. A nice ball flicked wide saw Dorsey free on the wing. Dorsey took his space and tried to play Picault a tap in with an expertly placed low cross, but Picault couldn’t make contact with it to put the visitors up another goal. Los Angeles would equalize in the 61st minute though after an inch perfect cross by the substitute Dejan Joveljić. Joveljić put it right on a dime to Chicharito who headed home the cross to level it up. CHICHA DUNKED ON HIM @CH14_ with the equalizer to put us on the board! pic.twitter.com/4ZSTUImnHb— LA Galaxy (@LAGalaxy) September 16, 2021 Houston came close to retaking the lead in the 73rd minute following a corner kick. After the set piece opportunity, Dorsey seemed to try to back flick the ball across goal towards Matías Vera who tried to one time it into the net, but it went wide of the target for a goal kick. As the game kept going, the Galaxy began to find more momentum going forward with the Dynamo digging deeper to try and escape LA with a point. The Dynamo conceded some space in the midfield to see the game out which gave the home side more possession in the Dynamo half of the field as Houston kept numbers back to defend. After the final whistle would blow the two sides would be locked at a goal apiece. Overall, it wasn’t a bad result for the visiting Dynamo who looked dominant in the first half and were more content to earn a draw following the Galaxy’s equalizer and as the clock got closer to 90 minutes. LA seized that and looked dangerous, but it was a good showing by the Dynamo on the road. The Dynamo are back at home this Saturday, September 18th at 8:30 PM CT when they take on rivals FC Dallas at BBVA Stadium. Goals: 13’ HOU: Fafà Picault (assisted by Darwin Quintero) 61’ LAG: Javier Hernádez (assisted by Dejan Joveljić) Disciplinary: 51’ HOU: Matías Vera (yellow card) 65’ HOU: Darwin Cerén (yellow card) 69’ LAG: Jonathan dos Santos (yellow card) 80’ HOU: Zarek Valentin (yellow card) 86’ HOU: Darwin Quintero (yellow card) 90’+4’ HOU: Oscar Boniek García (yellow card) Lineups: Houston Dynamo (4-1-2-3): Michael Nelson; Adam Lundkvist, Teenage Hadebe (82’ Maynor Figueroa), Tim Parker, Zarek Valentin; Matías Vera (77’ Oscar Boniek García); Darwin Quintero (87’ Memo Rodríguez), Joe Corona (HT Darwin Cerén); Griffin Dorsey, Maxi Urruti (76’ Ariel Lassiter), Fafà Picault LA Galaxy (4-3-3): Jonathan Klinsmann; Niko Hämäläinen, Daniel Steres, Séga Coulibaly. Julian Araujo; Victor Vázquez (63’ Sebastian Lletget), Rayan Raveloson, Jonathan dos Santos (83’ Sacha Kljestan); Samuel Grandsir (69’ Kévin Cabral), Javier Hernádez, Efraín Álvarez (HT Dejan Joveljić)

The Houston Dynamo vs the LA Galaxy: how to watch, lineups, and more