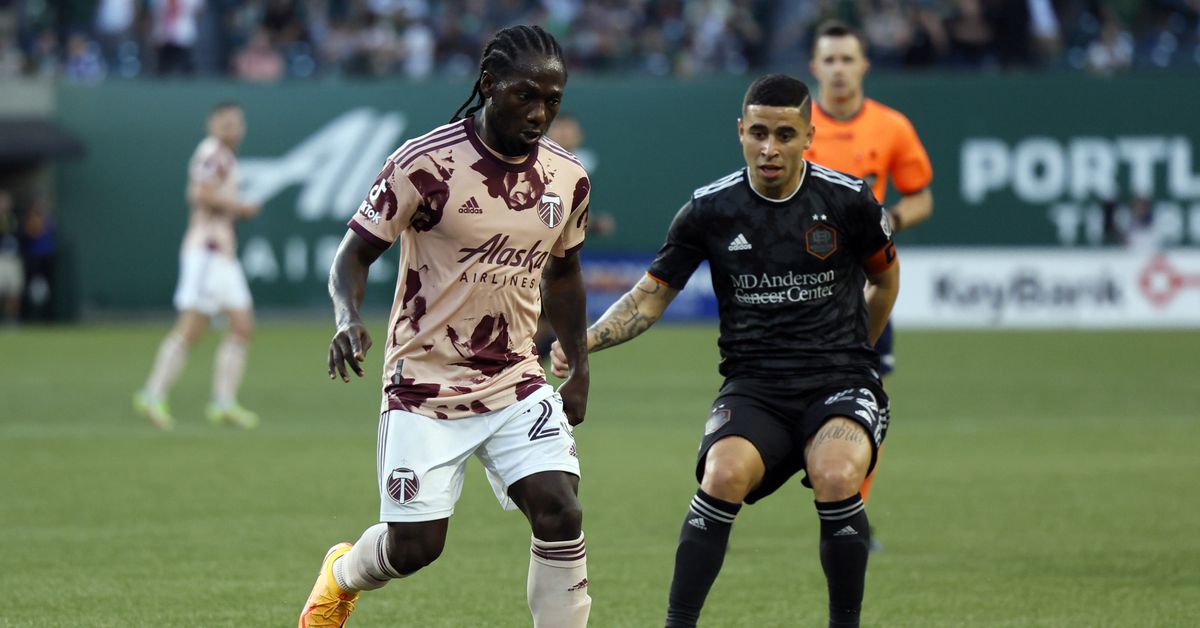 Soobum Im-USA TODAY Sports Despite a strong showing, the Dynamo weren’t able to pick up points when they visited the Portland Timbers Houston Dynamo FC, coming off a 2-0 win over the Chicago Fire at PNC Stadium, looked to keep their momentum going when they hit the road to face the Portland Timbers at Providence Park in the Rose City. Despite a solid outing, it would be the home side that got the win with Houston falling 2-1 on the road. Portland came out of the gates with a ton of pressure on the Dynamo backline with their midfield essentially inside the Houston final third. Despite the initial push by the home side the Dynamo looked good with Adalberto “Coco” Carrasquilla finding some space on the counter attack in the Timbers’ final third, but despite the quality run with the ball, he opted for the unselfish play to lay it off and the play would slow with the defense regaining composure. Sebastián Blanco came close to getting one for the home side, but his effort ended up going wide. As the game continued things began to get chippy with hard fouls to Blanco and Adam Lundkvist. A bad foul by Blanco on Zeca saw the games’ first yellow card, although we arguably should’ve seen a few earlier. Coco Carrasquilla had the best attempt on goal by the 22nd minute as he took a ball from distance and struck it with his laces only to hit the upper left portion of the crossbar. COCO OFF THE CROSSBAR pic.twitter.com/5YZjokjMij— Houston Dynamo FC (@HoustonDynamo) June 30, 2022 The game had gone relatively back and forth in terms of momentum, but Portland would find their way to get the lead after the 30th minute with a relatively soft penalty. Despite it being soft, the penalty likely was justified and Santiago Moreno delivered a perfect shot passed Dynamo goalkeeper Steve Clark to make it 1-0 to the home side. Gonna put it right past ya pic.twitter.com/BnqwY4NMyQ— Portland Timbers (@TimbersFC) June 30, 2022 The Timbers weren’t done though following their opener. A wonderful ball by Blanco to Yimmi Chara in the 18 yard box found Chara play the ball across for Eryk Williamson to dummy the ball to Moreno. Moreno calmly beat Clark to make it 2-0 to Portland. Brace yourself. pic.twitter.com/CowDh5RWpt— Portland Timbers (@TimbersFC) June 30, 2022 The game continued its chippy nature and despite the game being relatively balanced for the first 45 minutes, it would be the Timbers to capitalize on their chances and they did it twice before the halftime whistle. The Dynamo came out aggressive early in the second half. Adam Lundkvist had a great chance around the 50th minute when he got free on the end line to play the ball across the mouth of the goal, but there weren’t any Houston players to tap the ball in. Just a few minutes later Memo Rodríguez won a free kick, but the cross was sent out for a Portland goal kick. Houston came close to getting one back with Darwin Quintero winning a free kick in a decent position. The ball was sent in and initially saved by Timbers’ goalkeeper Aljaž Ivačič and deflected twice to Thorleifur Úlfarsson, but the ball was still saved. The game would get closer with Quintero coming up with a golazo to pull the game within one. A brilliant cross by Thor Úlfarsson had Quintero take a touch and then volley one passed the Portland goalkeeper to make it 2-1. A dime from Thor, and SUBLIME from @darwinJR3 GAME ON pic.twitter.com/J4SUuA5T9r— Houston Dynamo FC (@HoustonDynamo) June 30, 2022 The Timbers had a chance to take their lead back up to two goals in the 72nd minute following a corner kick. Santiago Moreno delivered a great cross which found the head of substitute Felipe Mora, but his effort struck the crossbar before being cleared from danger. The final whistle would sound and the Dynamo would fall on the road to the Timbers. It wasn’t by any means a poor showing by Houston, they largely controlled the tempo of the game and forced the home side to make counter attacks. However, the Dynamo struggled up front with their finishing and made mistakes in the back while Portland took advantage of the opportunities they had. A draw may have been fairer, but the game certaintly represented progress for the Dynamo away from PNC Stadium. The Dynamo will return home this weekend to take on Charlotte FC on Sunday July, 3rd at 7:30 PM CT at PNC Stadium. Goals: 34’ POR: Santiago Moreno (penalty) 36’ POR: Santiago Moreno (assisted by Yimmi Chara) 65’ HOU: Darwin Quintero (assisted by Thorleifur Úlfarsson) Disciplinary: 17’ POR: Sebastián Blanco (yellow card) 21’ HOU: Memo Rodríguez (yellow card) 27’ POR: Dario Zuparic (yellow card) 34’ HOU: Zeca (yellow card) 42’ POR: Santiago Moreno (yellow card) 44’ HOU: Teenage Hadebe (yellow card) 54’ POR: Bill Tuiloma (yellow card) 69’ HOU: Matías Vera (yellow card) 72’ POR: Eryk Williamson (yellow card) 75’ POR: Bill Tuiloma (second yellow/red card) Lineups: Houston Dynamo: H-Town boys, ready to make some noise.Let's do it, y'all pic.twitter.com/3XGX2BzbDl— Houston Dynamo FC (@HoustonDynamo) June 30, 2022 58’ Darwin Quintero on, Memo Rodríguez off 77’ Fafà Picault on, Darwin Cerén off Portland Timbers: The squad is in Here's how we line up tonight: pic.twitter.com/mBbH94bP7I— Portland Timbers (@TimbersFC) June 30, 2022 61’ Dairon Asprilla on, Sebastián Blanco off 61’ Felipe Mora on, Jaroslaw Niezgoda off 78’ Zac McGraw on, Santiago Moreno off 78’ Larrys Mabiala on, Yimmi Chara off 78’ David Ayala on, Eryk Williamson off