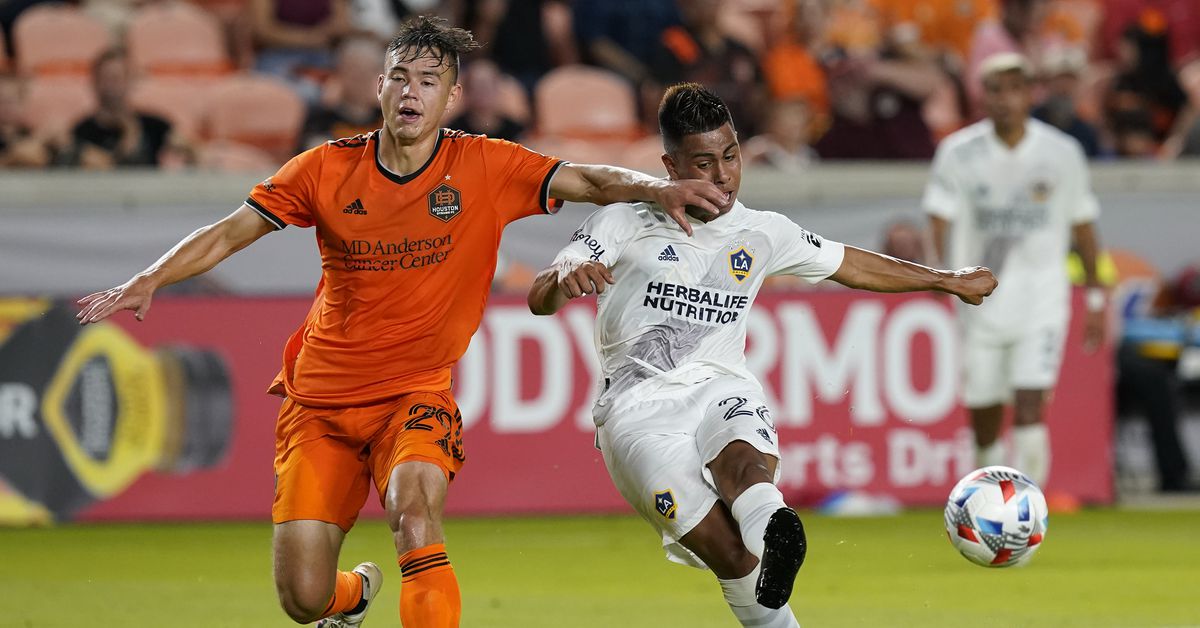 Pick the Houston Dynamo lineup against the LA Galaxy

Thomas Shea-USA TODAY Sports The Houston Dynamo are back on the road, this time taking on the LA Galaxy. Who do you think should start? Houston Dynamo FC are following up a disappointing, but hard fought loss against the Seattle Sounders at PNC Stadium with a trip to the Golden State as they head to Dignity Health Sports Park to take on the LA Galaxy. Houston has been in a bit of an up and down mode after an emotional win over Nashville SC and then a tough loss to the Sounders. Houston currently sits in the 8th place in the Western Conference and though the Galaxy are a little higher up in 4th, they’re only 5 points clear of the Dynamo. How Dynamo Head Coach Paulo Nagamura lines up in his general 4-3-3, or if he goes another route, will determine how the club does against the Galaxy. This week should be a challenging one for Nagamura with some players suspended and the heavy schedule means load management is very much in play for how Nagamura’s starting lineup takes shape. However, I think we can expect Steve Clark to get the call to begin the game in goal for the Dynamo. In front of him is a little more difficult to predict. Left back Adam Lundkvist is still serving his straight red card so Sam Junqua, who performed well against Seattle, should be expected to slot in with Zeca getting the start at right back. Even though Zeca started earlier this week, I think he’ll get the call, but if he isn’t I’d think Griffin Dorsey or Zarek Valentin start. In central defense I think we’ll see the return of the partnership of Teenage Hadebe and Tim Parker. Daniel Steres is also available after recovering from an injury and Ethan Bartlow recently filled in for the suspended Hadebe, but given the compact schedule, I think the designated player comes back into the fold following his mandatory break. The midfield is very difficult to predict for a number of reasons. For starters, one of the best players over the last couple of games, Adalberto “Coco” Carrasquilla is suspended after receiving two yellow cards against Seattle. Additionally, given the tough schedule with a big midweek US Open Cup coming up I think Darwin Quintero could rest. Matías Vera has been missing time due to personal reasons and while I wouldn’t be surprised if he isn’t back, I think he makes the trip this time. Behind him – or alongside him – I think Darwin Cerén starts with Memo Rodríguez playing the number 10 role. Along the forward line, it’s also not a slam dunk to pick who Nagamura starts given the Open Cup match next week and the busy schedule. Given those circumstances I think we’ll still stay with a strong forward line with so many regular starters in the midfield out, but they may come off relatively early compared to other matches. That means I think Sebastián Ferreira will be our center forward and Fafà Picault on one wing. The other wing could go to Corey Baird, Tyler Pasher, Griffin Dorsey, or Thiago. Of the group I think it’ll go to Tyler Pasher, but honestly could see any of these players getting the start. https://chosen11.com My Projected Starting XI But this is just who I think will start, not necessarily who I would start. That being said, we want to know who you think will or should start. Let us know below and feel free to share your opinion in the comments.