Pick the Houston Dynamo lineup against the Philadelphia Union 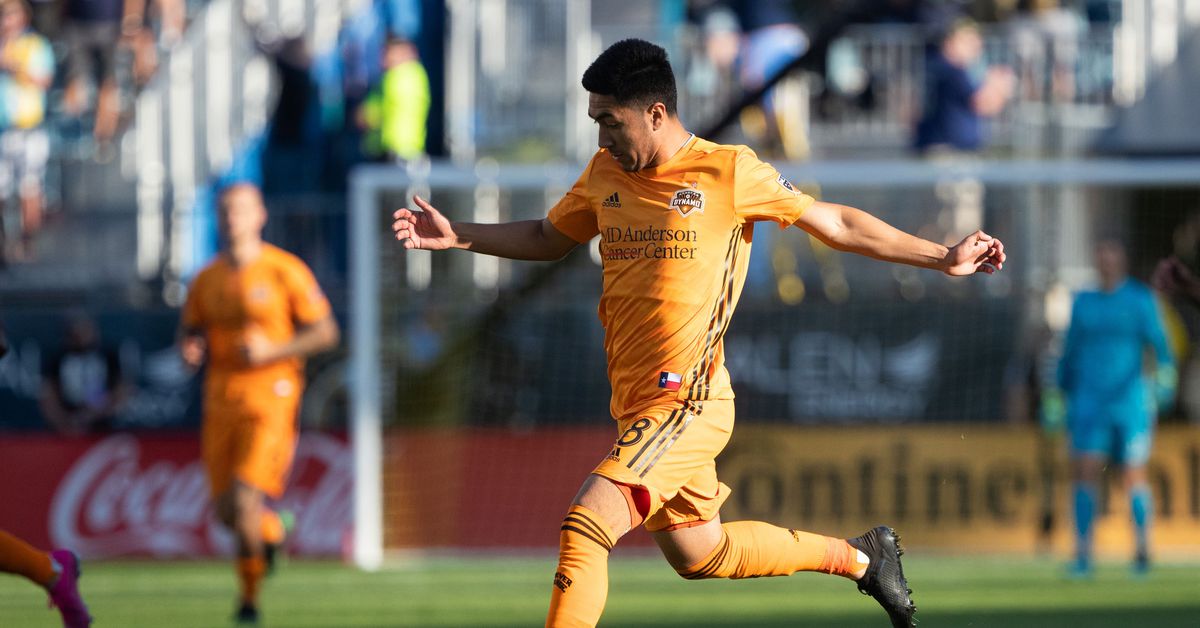 Houston Dynamo FC have drawn plenty of criticism this season under new Head Coach Paulo Nagamura, right or wrong is up for debate, but for now he’s the Gaffer and is in control as his side will travel to East to take on the Philadelphia Union. Houston are 1-4-1 in their last six games with their latest being a disappointing 2-1 loss to the visiting Minnesota United FC. With an 11th place spot in the Western Conference, things aren’t headed in the direction many fans thought with the new owner and new front office having an offseason to implement strategies to right the ship after a very unsuccessful 2021 season. Philadelphia on the other hand are sitting pretty with the top spot in the Eastern Conference and an undefeated record in 2022 at Subaru Park. A win there for the Dynamo wouldn’t be completely redeeming, but it would go a long way to quell some nervousness amongst fans. How Nagamura lines up his side in his 4-3-3 will play a strong role in determining the Dynamo’s odds – as best they are in a difficult situation.

Arguably the best player for the Houston Dynamo in 2022 has been goalkeeper Steve Clark and he should be clearly expected to start tonight. His veteran leadership and skills between the sticks has been invaluable and has kept Houston in games they may not otherwise have been in. In front of him we should see Adam Lundkvist and Zeca at the left and right back spots respectfully. Griffin Dorsey could get minutes over Zeca, but I think Nagamura goes back to Zeca. In central defense designated player Teenage Hadebe should start with his partner a bit more difficult to predict. Personally, I believe Daniel Steres will start, but it could easily be Tim Parker.

The midfield will likely be where this game is won or lost so having a well balanced group to defend, possess, and pick out the attacking players is key. What I think that means for Nagamura is Matías Vera andHéctor Herrera in a double pivot with the two choosing who should be the higher linking player at times – although I think Vera will more often defer to HH more than not. Ahead of them should be Adalberto “Coco” Carrasquilla as the 10, though I expect he’ll drop deeper depending on how possession favors the Union.

Nagamura seems to throw darts at pictures of whom he decides to start up top week to week. Sometimes it’s Fafà Picault, Thorleifur Úlfarsson, Sebastián Ferreira, Tyler Pasher, Darwin Quintero, or Griffin Dorsey. I’ve been wrong a lot in this area, and I’m guessing most people have. I believe the strongest group at the moment is Thor, Sebas, and Quintero so that’s what I’m going to predict, but I could see Thor playing the center forward role with Picault and Quintero on the wings just as likely.

This is my prediction for who I think the Dynamo will start on the road against the Philadelphia Union, but we want to know who you think will start or who should start so let us know below.