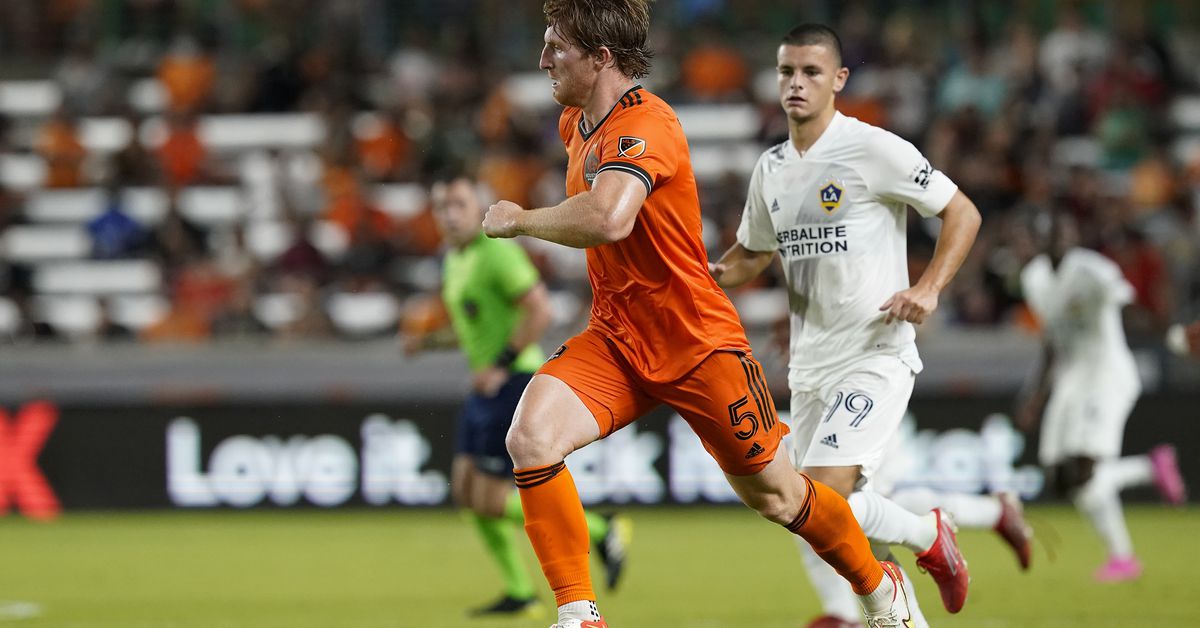 Thomas Shea-USA TODAY Sports The Dynamo head out on the road and the first stop is in SoCal. We talked to LAG Confidential to learn about the Galaxy. The Houston Dynamo set out for a road trip with the first stop in Southern California to take on the LA Galaxy. To help us get some information on the Galaxy we spoke to Alicia Rodriguez from LAG Confidential. Dynamo Theory (DT): The Galaxy started the year strong but are winless in their last 2 MLS matches. What has slowed them down recently and how do they get back to their early season form? LAG Confidential (LAGC): I think the biggest concern at the moment is the Galaxy “hitting the wall.” They were in contention to host a playoff game last year through two-thirds of the season, before they absolutely came crashing down to earth and missed the playoffs altogether on Decision Day. We’re seeing worrying signs of some similar trends, only far earlier, so it’s a concern. The truth is that most likely, fixture congestion is doing a lot to compound some issues around the Galaxy at the moment, and with head coach Greg Vanney trying to balance squad rotation and getting results, the results have been somewhat mixed. Having said all that, a perennial problem for LA has been having a woeful defense, and aside from a bad home loss to FC Dallas last weekend and a back-and-forth road loss in Seattle, the defense has been strong this season, unquestionably the position group that’s been most consistently good. The more recent issue for LA has been a lack of quality chance creation, with Victor Vazquez hurt and Efrain Alvarez not really pulling the strings lately. If they can get back on track there, there’s a good chance they’ll avoid hitting the wall, at least a little longer. DT: With the midweek draw in Minnesota and a USOC game next week against rival LAFC, how do the Galaxy prioritize the lineup and tactics against the Dynamo Sunday night? LAGC: It’ll be tricky, no lie. The Galaxy got away with heavy rotations last midweek in the Open Cup because they were playing a NISA side, even if LA’s victory was less than convincing. But they can’t expect such grace moving forward, and I think there’s a good chance this match against the Dynamo will be the one in which they do more rotations, since El Trafico means everything to this club. They’ve never lost to LAFC at home and I don’t think they want that particular game to be the first, so the Dynamo will likely miss a star face or three and I’m sure they won’t be crying about it. It’s interesting you ask about the tactics component. Vanney is a coach who likes to tweak his tactics against opponents, and I would not be shocked if we see a slower pace against Houston, if they can’t get a quick score. For the record, I think the Galaxy play badly at a slower pace, but it may be a needs must situation, and they may try to find good game states and let it roll from there. DT: LAG have the third most crosses in MLS this season. Is this a product of the players they have and do you think this tactic is something we will see against the Dynamo as well? Kiyoshi Mio-USA TODAY Sports LAGC: Chicharito is certainly one of the best forwards in the league in shooting off crosses, particularly the kind the Galaxy play now. A couple years ago, LA tried to bomb slow looping crosses into him constantly, and you’ll be shocked to discover defenses could deal with that pretty easily. Now, the Galaxy alternate early crosses, getting to the endline and firing a mid-height ball into the box to see what can happen, and getting to the endline and hitting a cutback pass into the box on the ground. This has been far more effective (although I did note the team has struggled to generate good chances lately, that’s true) and I think in line with the game as it’s currently played. It’s definitely in LA’s patterns of play to go wide and come back inside in the final third. They don’t typically find success playing direct through the middle until the final minutes of games, so yes, I would expect to see more crossing and outside-in play against Houston. DT: Chicharito has started in all 12 MLS matches this season and played all but 30 minutes. With how valuable he is to the team do you think he will be able to hold up to this kind of usage and who will step up when he does have a needed break or two, perhaps even this weekend? SaH: That’s probably the biggest meta question for the Galaxy. The last two seasons, Chicharito has been hurt for months at a time, and while his 2020 campaign was a write-off, even from him, last year he missed two months and LA ended up hitting the wall, as I mentioned, near the end of that spell. He’s a rhythm player and if he’s in rhythm, he can score in bunches, but if he’s out hurt, the attack definitely takes a step back. What’s interesting is that LA sought to address this issue by signing Serbian youngster Dejan Joveljić last summer. In limited minutes, he’s looked good this season, and was recently lobbying in the press for more playing time. I think he has a good case — the Galaxy clearly wanted him as an insurance policy if Chicharito is unavailable, but Vanney’s persistence in playing just one central striker at a time is taking away from playing time the Joveljić has earned. I do think that we’ll see more of him in the coming games and hopefully he can stay in the solid form he’s been in lately. We want to thank Alicia and our friends at LAG Confidential for giving us some information about the Galaxy. Best of luck tomorrow!