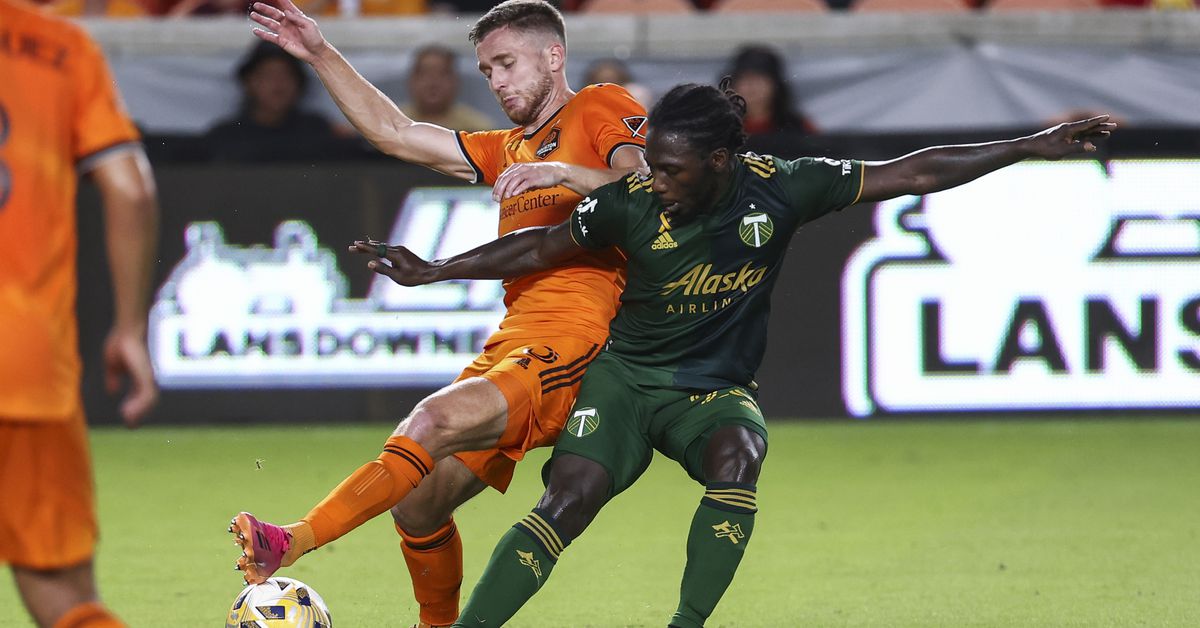 Troy Taormina-USA TODAY Sports We spoke to Sam Svilar of Stumptown Footy to get some insight ahead of Saturday’s match against the Portland Timbers. The Houston Dynamo are back at PNC Stadium Saturday night with the Portland Timbers in town to provide the opposition. To help us get some insight on this weekend’s opponent we spoke to Sam Svilar of Stumptown Footy. Dynamo Theory (DT): One of the big moves Houston made this offseason was signing former Timbers goalkeeper Steve Clark. How have Portland fans and the team handled his loss and how has Aljaz Ivacic done so far this season? Stumptown Footy (SF): We miss our favorite shark very dearly in Portland- but we are glad that he got paid. Once known in Portland as “the guy Diego Valeri scored on 27 seconds into MLS Cup 2015”, Clark’s shot stopping ability and overall demeanor won the hearts of the Rose City faithful, to the point where he was voted Supporter’s Player of the Year in 2019. His goalkeeping ability helped keep an up and down backline stable, and was a huge reason Portland made MLS Cup last year. So losing Clark was a bummer, even if it was for the reasons of cap space and roster spending. The man replacing him, Aljaz Ivacic, has been... just okay in his seven starts this year. Ivacic has shown flashes of good shot stopping ability in his Timbers tenure, and it has been this year as well. However, there have been a few occasions where he has made a mess of what should have been a routine save, and a goal or two where perhaps his positioning should have been a bit better. The backline as a whole has some issues to sort out, but Ivacic’s defensive record is decidedly less than stellar. He’s starting for now, but doubts remain and I wouldn’t say he’s won the starting job outright just yet. That being said, Ivacic is coming off of perhaps his best performance in a Timbers shirt. Last week he made some impressive and essential saves, and also saved a penalty kick, to help the Timbers snag a 3-2 win over Vancouver. That might buoy his confidence a bit moving forward. DT: The Timbers have scored in every match this season but have also conceded 13 goals in their 7 games. What has been the reason for their success on the offensive end and what have been some of their issues defensively? Anne-Marie Sorvin-USA TODAY Sports SF: Portland has managed to find the net in all of their games thus far, but I wouldn’t necessarily say they’ve been able to find consistent offensive success. They’re generating decent-to-good looks but aren’t making the most of them, as seen by the disparity between their expected goals numbers and actual goals scored numbers. It’s come down to a lack of decisiveness around the box, and a lack of impact from the players whom they need to step up, namely forward Jaroslaw Niezgoda. He scored last week, but hasn’t been as consistent of a goal threat that the team needs him to be. That inefficiency in front of goal is leading to some of Portland’s defensive issues. They throw more numbers in the attack, and that leads to a lot of scrambling from the backline to try to keep up with opposing attackers going the other way. Portland’s defense does not scramble very well, and their 1:1 defensive ability is overall below average. When they can’t stay compact, attackers are able to find a lot of space. Ideally, the Timbers would be achieving more balance at both ends of the pitch. Sebastian Blanco slowly working his way into form would help offensively, and getting more consistency from the backline (and having fullbacks, uh, not get sent off) would help solidify a defensive identity. DT: Saturday is going to be the first doubleheader at PNC Stadium for Dynamo and Dynamo 2 with both teams taking on Portland. Since Timbers 2 is also in town, who are some players on that team that we should be keeping an eye on? SF: The Tiny Trees! Timbers 2 returning is a great boost for the first team. Since they went on hiatus for 2021 there hasn’t been a good pipeline between the academy and the first team, and its return in MLS NEXT Pro is an important and welcome step to rebuilding that pipeline. So far, the main standout players for T2 have been first team players loaned down. Blake Bodily, a homegrown forward, has been team captain and scored a goal last weekend. Justin Rasmussen, a fullback/winger, has seen minutes with both the first team and second team. Hunter Sulte, an up and coming homegrown goalkeeper, is the presumptive number one for T2 this year. Saturday is tricky as the turnaround between the two games may mean that some players who would appear for the T2 are on the bench for the Timbers, so the only player of the above I’m confident will play Saturday evening is Sulte. Outside of those players, several academy players impressed in the preseason, and will likely have the opportunity to make an impact with T2. Attacker Gerardo Duran, midfielder Ian Shaul, and defender Mitch Ferguson all stood out in preseason minutes, and have played prominent roles in T2 games thus far. Jamin Gogo Peters, an eighteen year old forward, scored T2’s first MLS NEXT Pro goal, and is another one to watch as well. To help build that union between T2 and the first team, hopefully the flight back home doesn’t leave too early, and some of the first team players are able to stick around to watch the Tiny Trees play on Saturday. We want to thank Sam for giving us some information about the Portland Timbers. Best of luck this weekend!