After getting hammer from MLS, LA Galaxy should replace Chris Klein 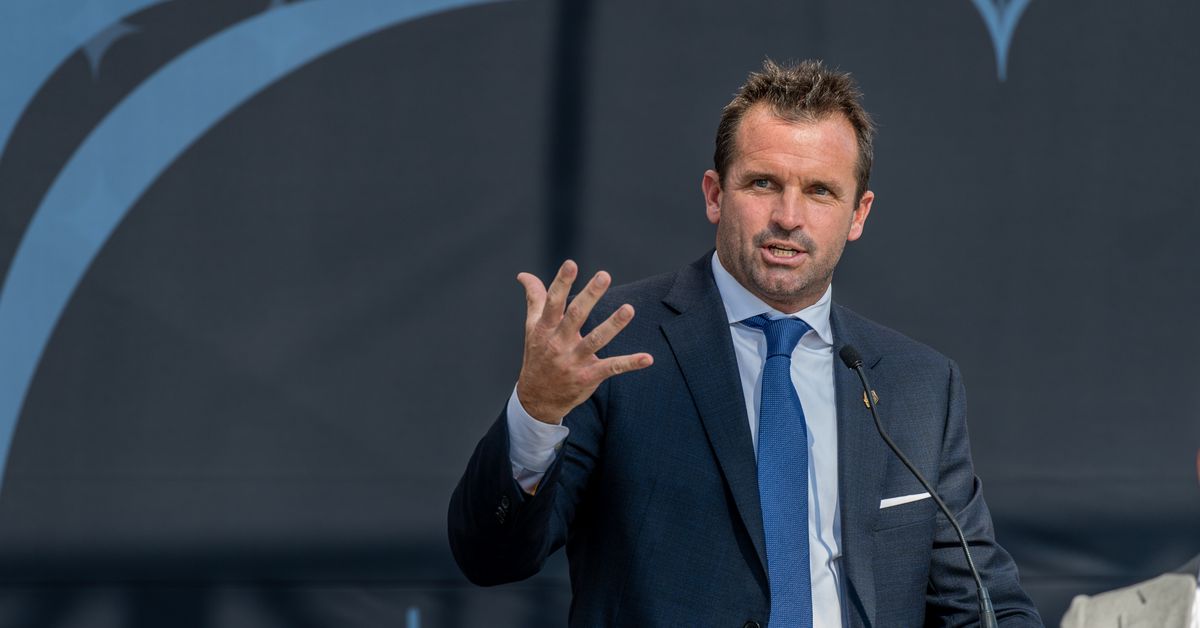 Latest embarrassment is another mark on record.

The LA Galaxy have been in the wilderness, in many respects, since Bruce Arena left the club after the 2016 season. While Arena had been hugely effective for the Galaxy as the coach and GM from 2008-16, delivering three MLS Cup titles and one Supporters’ Shield in that span, it did feel like maybe it was time for a change after everyone had gotten comfortable.

Be careful what you wish for, obviously. While Arena was determined to leave anyway to take the U.S. Men’s National Team head coaching job that turned out horribly, the Galaxy have been far short of their lofty standards on the field since Arena departed. They have won two playoff games in the past six years, but they have also missed the playoffs entirely four of six seasons. They haven’t won any other competitions, have been in no finals, and have gone through four permanent head coaches, with Dom Kinnear stepping in twice as an interim manager to see out a season in that span.

Now, with the Galaxy getting hit with major punishments for fudging the numbers on Cristian Pavon’s loan deal from Boca Juniors in 2019, when he was officially a TAM player on a free loan but in actual fact more money was spent than disclosed to the league, a proud club has to deal with the fallout for the next year and beyond, while also possibly sacrificing their claim to claw back into contender status in the process.

MLS has only given out one similar punishment before, to Inter Miami in 2021 after they had five Designated Players on their books the previous season but only claimed the maximum three. In that case, Inter Miami’s financial penalties were far greater, more than double the $1 million fine and $1 million future voided allocation money to the Galaxy in their situation. But the Galaxy have been hit with a unique (to MLS) summer transfer ban in 2023, where they cannot sign any players at all in the secondary transfer window who are coming in from outside MLS. While that still gives them time to scramble and get their ducks in a row in the spring transfer window and mitigate the effects of the transfer ban, obviously they will be severely limited midseason if they need to make changes to the roster, like they did this season.

While the Galaxy fell short of their goal of reaching true contender status again in 2022, they finished the season as the most in-form team and provided hope, with a few reinforcements to the roster, they aren’t that far away from competing for trophies again. It does feel like they may have turned a corner under head coach Greg Vanney, and that’s heartening.

But part of the sanctions to the Galaxy include a suspension to club president Chris Klein through the spring transfer window. To be frank, this is music to the ears of most Galaxy fans, who believe the club has stagnated under Klein’s stewardship. While he is a “company man,” finishing his playing career with LA in 2010, moving into the front office and being appointed president ahead of the 2013 season, much like Arena’s tenure as coach coming to a logical end even with the instability that came after, it truly feels like Klein’s tenure should come to an end at this point.

On one hand, LA have won one MLS Cup while Klein was president, in 2014, and while his tenure has seen the transformation of MLS in Los Angeles — from Chivas USA folding in 2014 to LAFC starting play in 2018 — I imagine in the business metrics the club’s performance has been solid enough that it hasn’t rocked the boat. Meanwhile, the club is still the destination for big names in the game, from the Dos Santos brothers to Zlatan Ibrahimovic to Chicharito to Douglas Costa, and that brings in plenty of fans with the ongoing galactico strategy.

That may all be true, but perception of success and actual success are two different things. Zlatan was individually successful on a team that was otherwise a basketcase. Chicharito has been good the last two years, after a terrible debut season. Giovani dos Santos had 10 good games with the Galaxy. Jonathan dos Santos was out injured half the time he played in LA. Costa was awful this season. Two playoff wins in six years is terrible, something even a mid-tier team would aspire to transcend, much less the team with the most MLS Cups in league history.

One could make the case (and many likely will) that the Pavon mess must be laid at the feet of Dennis te Kloese, the then-sporting director when the deal was made. Certainly, te Kloese bears responsibility, and has a shadow suspension, should he ever want to work in MLS again he needs to apply for reinstatement, he obviously played the most direct role. It is possible Klein was not aware of the roster shenanigans — which is bad, since he’s in charge. It is, of course, possible Klein was in on the situation — which is also bad, since he’s in charge.

While Pavon’s signing did have an impact on the Galaxy reaching the playoffs and winning a postseason game after his arrival in 2019 — he had four goals and eight assists in 13 appearances that year, including a goal in the playoffs — it’s tough to even assess that accomplishment properly, since they didn’t follow the rules to add him to the roster. That’s provided plenty of fodder to rivals to troll the Galaxy with, and this may also leave MLS reluctant to, say, make up a new rule for their benefit in the future, something the league has done more than once over the years.

And even if Klein didn’t play a key role in breaking the rules to sign Pavon, his overall track record speaks for itself. He’s been a company man, but it’s time for a change. We’ve seen plenty of new blood over the years in the head coaching role, and it really feels like the right time to make a change in the top of the Galaxy organization, too.

Barcelona deal for Julian Araujo in danger of falling through