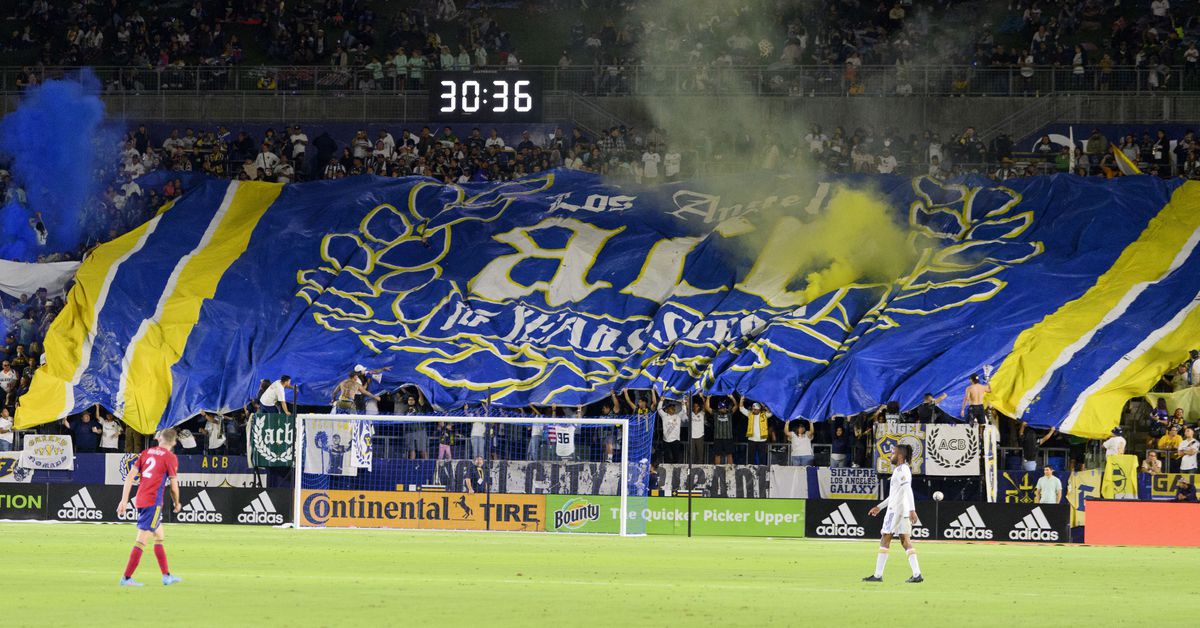 The final home match of the 2022 MLS regular season for LA Galaxy was a big one. A win or draw would see them clinch a playoff spot for the first time since 2019, when they were eliminated in the Conference Semifinals. Their opponents, Real Salt Lake, were coming in hot. Needing a win to keep their playoff hopes alive, they weren't about to just lay down and let the Galaxy have all the fun on what was the home side's fan appreciation night.

The biggest key to Galaxy's recent success has been their ability to get on the board first and get the early goal. It looked like they were set to do it again when the team were awarded a penalty early in the first half. Unfortunately, the shot from Riqui Puig was saved, and just minutes later, RSL capitalized. A great attack ended with a solid flick pass that found Cordova who headed it home for the lead on the road.

Galaxy did an excellent job of settling down, settling in, and finding more opportunities to close out the first half. They weren't able to find the equalizer before the break, but they were able to take some more positives into halftime. Still, it's the final score that matters, and the G’s had 45 minutes to avoid Decision Day drama and lock up a spot in the postseason tonight at home.

In the 66th minute Galaxy were given a second chance from the spot after Chicharito was brought down in the box. A quick trip to the booth for VAR, and it was deemed a penalty after originally not being called such. This time it was Douglas Costa to step up to the spot and he buried it to level proceedings.

Galaxy didn't ease up and play for the draw. They actually came close to a second goal on several occasions as the second half went on, but they just couldn't find the winner before the final whistle. RSL almost snuck a win at the end with their best look of the half, but Bond wasn't about to give up a cheap goal like that, and kept it out and keeping a point in his side’s pocket.

Still, the draw was enough for the G’s to punch their ticket to the postseason, making decision day a heck of a lot less tense. Of course, a better seed position is always great, so a win would help with that, but at least they won't have their playoff lives depend on it. The final match of the regular season will be on the road for LA, when they take on Houston Dynamo. Then, the focus shifts to the postseason, where the Galaxy still have everything they wanted this season, to play for.