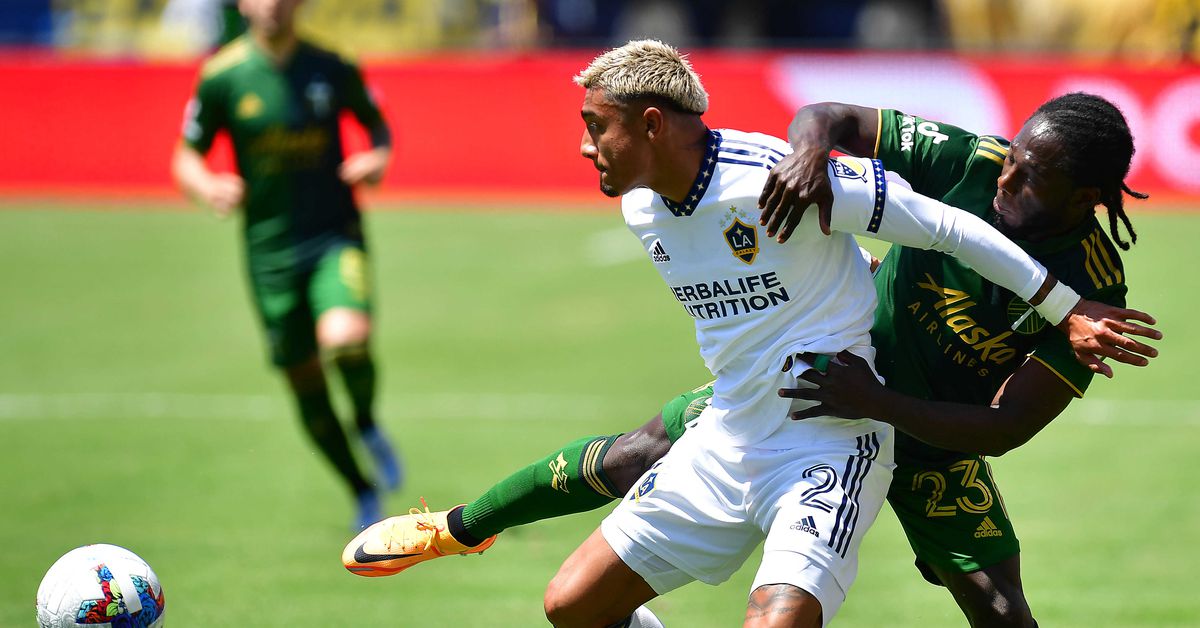 Gary A. Vasquez-USA TODAY Sports Super sub, Dejan Joveljić secures the point at home After a much needed, and frankly, welcomed, break from action it was back to work for LA Galaxy. Luckily, they are in the middle of a nice little stretch at home, where they hosted Portland Timbers on a sunny Saturday afternoon. They couldn't come away with a win despite what appeared to be a late game-winner, but their super sub stepped up to secure a point in the 1-1 draw. For Unity ❤️#Juneteenth pic.twitter.com/sJ0CWMrbOA— LA Galaxy (@LAGalaxy) June 18, 2022 The team began the first half right where they left off before the break. They were able to find space they needed and broke down the defense enough to get off several good looks at goal. The team finished the half with just three shots, but you could see their ideas in the build-ups. Unfortunately, Portland finished the half with nine shots on goal, with one going in for the first half lead. Yimmi Chará did what he does best, putting the ball in the back of the net, in the 38th minute to give Timbers a one goal advantage going into halftime. Sheeesh! ‍♂️ Yimmi Chara making everyone look like they're in slow motion. pic.twitter.com/fHEbQx6Ow9— Major League Soccer (@MLS) June 18, 2022 Head coach Greg Vanney was worried coming into the match that this could be a bit of a trap match, coming off such a long break, and the team played like it. After the initial burst of energy where they looked likely to take an early lead, they seemed to fade away and while the build-ups were still really good, the problems in the final third continued. Galaxy put on an absolute flurry of chances in the second half. They were able to finish the match with more possession, tallied far more shots, and were within inches of equalizing on several occasions. In the final moments of the match, it finally paid off. Three guess as to who came off the bench and found the point for the home side. If you thought Dejan Joveljić, you'd be correct. The young striker came in, and on a beautiful cross into the box, got just enough of his head on it to flick it into the back of the net. NEVER COUNT US OUT pic.twitter.com/foWwNTK4SS— LA Galaxy (@LAGalaxy) June 18, 2022 It looked like the team had secured all three points with a corner kick header that found its way into the back of the net, but it was disallowed. After a slow start in the first, the second-half performance was much better from LA, and with another match midweek, they are fully back to the grind. They remain at home this Tuesday, taking on Sacramento Republic FC in the quarterfinals of the US Open Cup. The point keeps them in fifth, but more importantly, keeps them on pace with the teams above, sitting just six points off the top spot. The draw may not taste great at the moment, but it marks three straight unbeaten for LA, and this is the time of year you want to be trending upwards. What do you think? Leave a comment below!