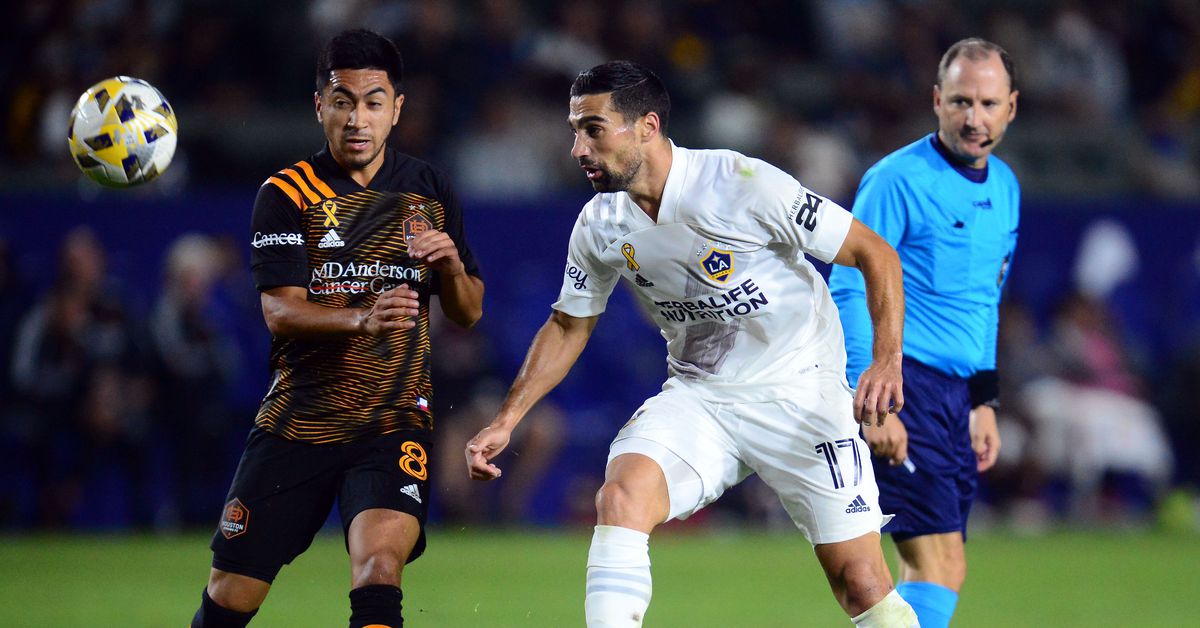 Gary A. Vasquez-USA TODAY Sports Can Galaxy keep pace in playoff race? After a cathartic last-minute win last time out to break a way-too-long winless streak, the LA Galaxy have little time to rest on their laurels, as they head to Texas midweek to take on the Houston Dynamo Wednesday evening. The Galaxy beat the Portland Timbers 2-1 at home on Saturday, Sacha Kljestan’s stoppage-time winner giving the G’s the lift they needed to stop their skid from hitting 10 games. Now that they’ve done that, it’s time to pick up some more momentum to wrap up the regular season, hopefully with a playoff berth in hand. But the next opportunity for a vital three points comes in this game, against a Dynamo side that can only play spoiler after they have officially been eliminated from playoff contention this season. Still, they beat the Seattle Sounders last time out, so they haven’t been completely demoralized this season. Jorge Villafaña is the only player listed on the Galaxy’s injury report, and he is questionable for this match. For the Dynamo, Corey Baird, Mateo Bajamich, and Nico Lemoine are all listed out, while Adam Lundkvist and Derrick Jones are questionable. Can the Galaxy get another win to solidify their postseason hopes? With just five games left, the margin for error is razor-thin now. Here’s hoping it’s a fruitful trip. Odds: According to our friends at DraftKings Sportsbook, as of Tuesday afternoon, LA are (+210), Houston are (+125) and a draw is at (+265). This one is close to a push, but a slight edge goes to the hometown Dynamo for this one, which makes sense. How to Watch: Wednesday’s match between LA and Houston will be televised locally on Spectrum Sportsnet and streamed in the rest of the United States on ESPN+. The TV broadcast is scheduled to start at 5:30 pm PT with kickoff to follow at 5:38 pm. Come chat about the game with us in the comment section below!