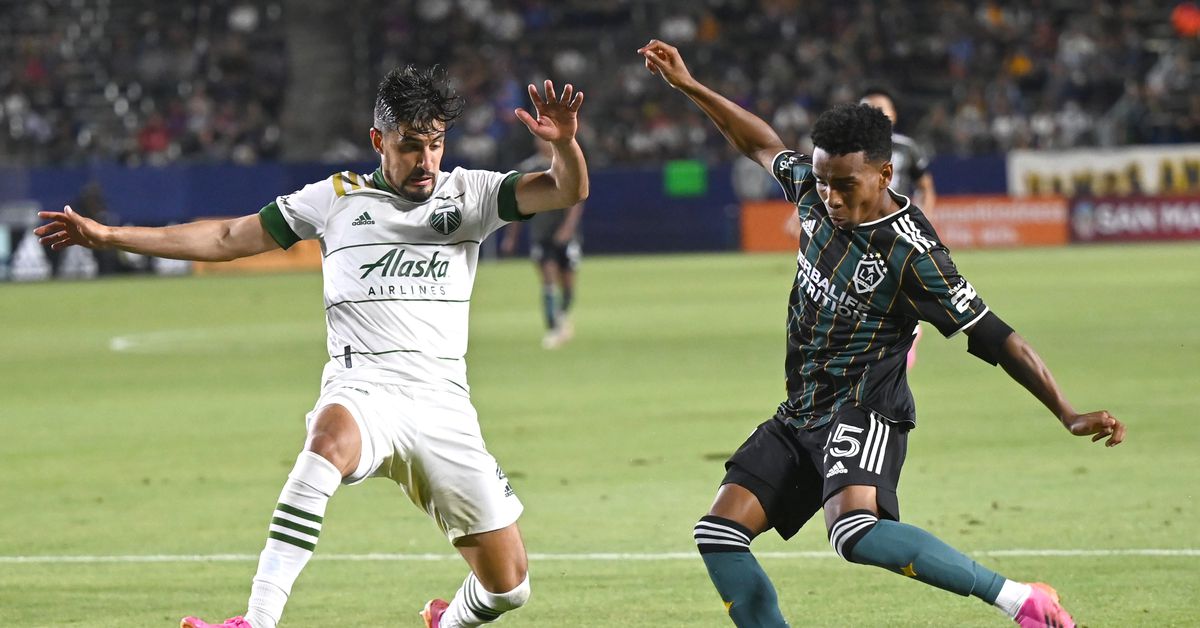 Jayne Kamin-Oncea-USA TODAY Sports Is this the game that will break the duck? After a much-needed bye week, the LA Galaxy are back in action for the homestretch of the 2021 MLS regular season, when they host the Portland Timbers at Dignity Health Sports Park on Saturday. LA are now on a nine-game winless streak, but their last result was a 1-1 El Trafico draw before the break, so perhaps that can give them some positive momentum heading into the final six games of the regular season. That’s the hope, anyway. The Timbers enter this game in opposite form, unbeaten in eight and with seven wins in that stretch. That’s pretty damn good. The teams’ opposing fortunes means Portland have surged to a seven-point lead in the standings over the Galaxy, the Timbers most recently beating Inter Miami 1-0 before they had a bye week themselves. Jorge Villafaña and Derrick Williams are listed as questionable for Saturday. LA might also be without Oneil Fisher and Danilo Acosta, as both players enter the Covid protocol after returning from International duty for their respective nations. Portland Timbers will be without Jeff Attinella, who is out for the season after undergoing right quad surgery earlier this year. So, will the Galaxy stop the red-hot Timbers and pick up a much-needed three points? Or will their late-season skid continue another game? LA have nearly run out of their room for error, so they need to get in gear before the season passes them by. Hopefully this is the game that breaks the slump for Greg Vanney’s group. Odds: According to our friends at DraftKings Sportsbook, as of Thursday evening, LA are (-110), Portland are (+275) and a draw is at (+295). The Galaxy are being pegged big favorites here, which is a bit surprising considering how long their winless run has been. How to Watch: Saturday’s match between LA and Portland will be televised locally on Spectrum Sportsnet and streamed in the rest of the United States on ESPN+. The TV broadcast is scheduled to start at 7:30 pm PT with kickoff to follow at 7:38 pm. Come chat about the game with us in the comment section below!