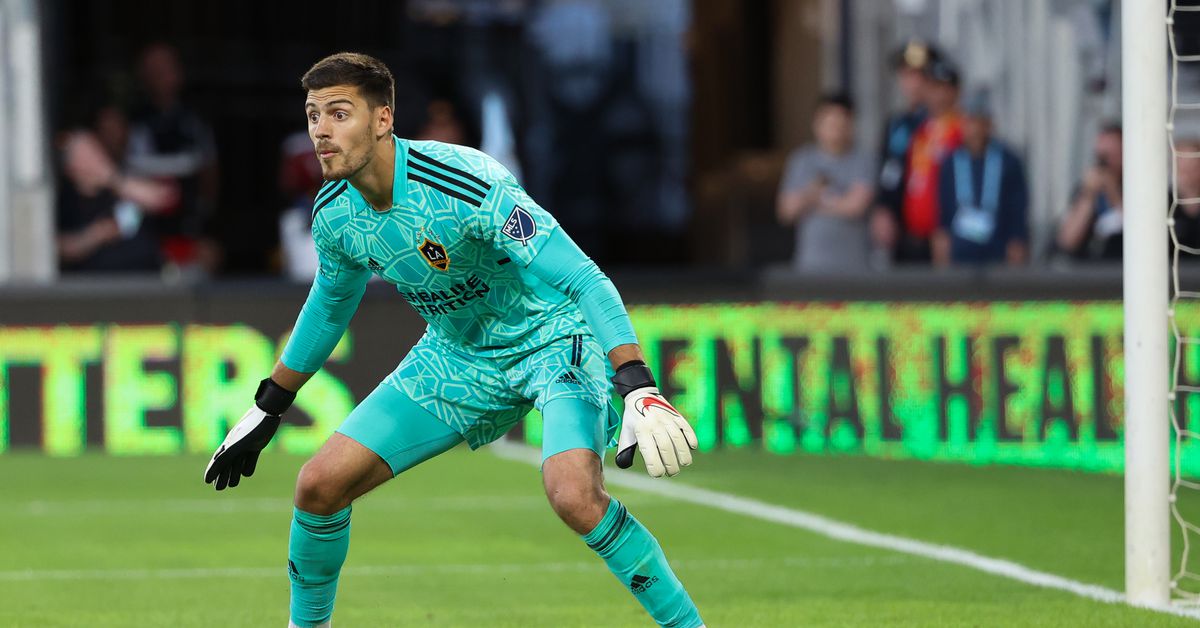 Matt Krohn-USA TODAY Sports Jonathan Bond to the rescue! After being spanked by FC Dallas over the weekend, partially caused by some inexplicable goalkeeping, Jonathan Bond rallied back to deliver a masterclass in saves against Minnesota United. He had the right positioning all game long, keeping the LA Galaxy in it when the scoreline could have been 3-0 in the first half. He was finally beat at the end of the game, but the Galaxy should have no quibbles with his performance — 6 very good saves. The flurry of Minnesota attacks was partially due to a slow defensive midfield in Raveloson and Delgado who were exposed for pace, similar to FC Dallas’s efforts. Rayan was subbed at halftime, and the Galaxy shored up the back. That said, MUFC’s horrible finishing helped matters. The offense on the other hand continued its slow play. When the most dangerous shots you have are from over 20 yards out, you know you have problems. Chicharito made something out of nothing to generate a penalty late in the game which Sacha Kljestan didn’t waste. But the Galaxy still look ponderous in the run of play. That said, both Dejan and Julian had a chance late in the game to make this a steal of three points. They both missed sitters. Not sure the Galaxy deserved a point in this one, but they got it on the road. From that standpoint, job done. Player Ratings Excellent Jonathan Bond - save on a header in the 19th minute. Another leaping save in the 32nd minute. Best save yet in the 37th minute after the entire defense got embarrassed. Great positioning and another save to end the half. Another save on a point blank shot in the 54th minute. Pawed the ball away in the 62nd minute on a double save. Man of the Match Good Derrick Williams - great diving tackle in the 15th minute to prevent a shot. Important header to clear the box in the 23rd minute. Good tackle on Hlongwane in the 28th minute to prevent a shot. Emergency defense and another sliding tackle to prevent a shot in the 44th minute. Nick DePuy - had a few good tackles and was not at fault on the goal. Samuel Grandsir - had his pocket picked in the 54th minute leading to a shot on goal. Should have had an assist in the 64th minute to Julian, picking him out at the back post. Had a couple of shots off of decent runs blocked. Julian Araujo - sent in a great pass to the top of the box in the 5th minute that Raveloson turned into a shot. Goal line clearance in the 62nd minute. Missed an absolute sitter in the 64th minute. Sent in a ball that rolled across the front of goal that BEGGED for a shot in the 79th minute. Set up Dejan for what looked like a sure goal in the 92nd. Led the team in key passes. Sacha Kljestan - long distance shot in the 63rd minute. Sank his penalty with aplomb. Then sadly had to be subbed with an injury seconds later. Okay Kévin Cabral - once again should have had an assist on a short pass to Chicharito in the 12th minute. Víctor Vázquez - sent in a few teasing crosses over his 20 minutes. Chicharito - generated a penalty with a header that was on target. He needs more service to end this dry stretch. Douglas Costa - shot just wide in the 18th minute. Another long range shot that was on target in the 55th minute. Not sure who he was “defending” on Minnesota’s goal. Air, leaving several Minnesota players wide open. Raheem Edwards - beat in the 23rd minute on an over the top ball, luckily Hlongwane shot wide. Left for dead in the 32nd minute but Bond bailed him out. Rinse and repeat on Hlongwane for 60 minutes. Edwards will have nightmares about this one. That said, no goal was given up on his watch. Dejan Joveljić - Should have done better with his shot at the end of the game. Chase Gasper - after a walking disaster for his last game, acquitted himself well. Important challenge to prevent a pass in the 94th minute. Daniel Aguirre - late sub Poor Mark Delgado - lost his man on a shot that forced Bond into a save in the 19th minute. Lost his man again in the 62nd minute forcing a goal line clearance. Beat on the pass for Minnesota’s goal. Rayan Raveloson - tactical yellow card to start the game. Forced the keeper into a save with a direct shot in the 6th minute. Subbed at the half with a pass percentage of 74% — woof. I don’t trust him at defensive midfielder. At all. What do you think? Leave a comment below.