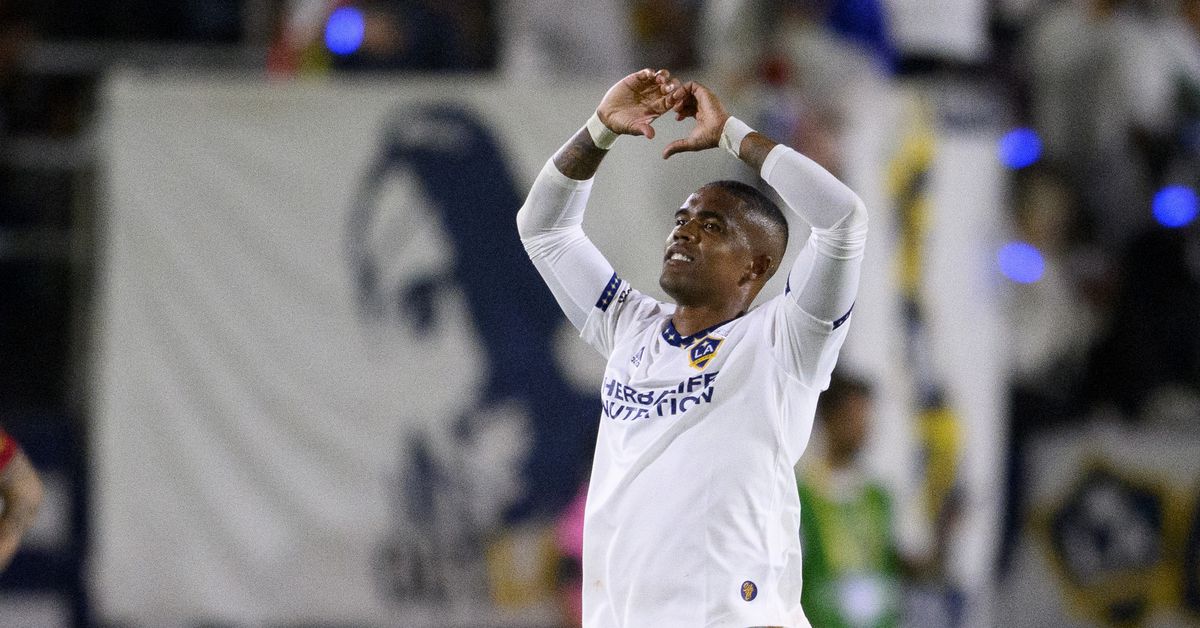 Welcome back to the MLS playoffs.

It’s been a long time coming, but the LA Galaxy are finally back to the postseason. This came off a game that the Galaxy tried their hardest to lose in the final minutes, but the playoffs still arrived. Not only that, a win against Houston in the final game of the season gives the Galaxy home field advantage. If you had asked fans of this possibility weeks ago, they might have laughed in your face.

The Galaxy managed to snatch the playoffs from the jaws of defeat. It’s a microcosm of their season, and a fitting way to roll into game 34.

Riqui Puig continues to be an absolute find for the Galaxy, and Chicharito keeps making goals happen (be it scoring or creating penalties). This is sorely needed as the defense still falls asleep from time to time, especially if Chase Gasper has anything to say about it.

The left side of the defense is still a problem with Edwards being lackadaisical at times, and Gasper just being slow. That nearly burned the Galaxy again this week, but they rode it out until the end (thanks Justen Glad for missing your shot).

The Galaxy won every critical metric, even with playing like they were in second gear at times. And they could have won this game had Puig actually sunk his penalty. The expected goals for the Galaxy was 2.4 compared to RSL’s 1.6 - so the Galaxy should really have pulled out a victory here (cough, Kévin Cabral, cough). But a point is a point, and fans will take the playoffs.

It also helps to have an immensely competent goalkeeper. Bond once again saved the team’s bacon, and he’s worth every penny.

Decision Day will be a little less stressful this time around!

Jonathan Bond - fingertip diving save in the 46th minute after a bad Coulibaly pass. Rejected a shot in the 94th minute to save the Galaxy’s playoff life. Man of the MatchRiqui Puig - set up Araujo in the 9th minute with a through ball — though a bit short, it still generated a shot. Generated a penalty dribbling through the defense in the 15th minute, but the subsequent not-so-good penalty was saved. Sent Chicharito through on goal in the 64th minute with a lovely pass. Hit the crossbar with a long distance shot in the 75th minute. Set up Cabral in the 85th minute. The man is a key pass machine. Douglas Costa - beautiful free kick in the 29th minute that tested the keeper. Took a decent penalty (thank goodness) to level the game 1-1. Hope he continues his decent run (and levelheadedness) into the playoffs.

Chicharito - on a clear breakaway squared to no one in the 33rd minute. Earned a yellow card for a dive (it wasn’t a dive) to end the first half. Kevin Stott apparently doesn’t like him as he didn’t call a penalty when Chicharito was impeded in the 64th minute...but fixed the call with VAR. Julian Araujo - tested the keeper on a shot down the right in the 9th minute. Overcooked his cross in the 11th minute. Cut off a dangerous counter to end the first half. Good interception in the 77th minute in the box. Lost his man who generated a headed shot in the 94th minute. Séga Coulibaly - good interception in the 10th minute. Good defense preventing a shot in the 12th minute. Headed clearance in the 31st minute. Bad pass directly to an RSL player at the top of the box in the 46th minute. Good shot-saving tackle in the 79th minute. Martín Cáceres - first thing I wrote is a yellow card in the 94th minute for a tactical foul. Solid, calm game. Mark Delgado - turnover machine and didn’t cover the top of the box on a few RSL shots. Sent Chicharito through in the 33rd minute. Sent Chicharito another great ball to end the first half but the forward missed it. Dejan Joveljić - set up Cabral right at the end of the game.

Kévin Cabral - late to make a pass in the box in the 82nd minute. Blocked shot in the 85th minute. Hit the post after a nice individual run in the 87th minute. Headed the ball past the keeper but no one was crashing the net in the 92nd minute. More of that young man! Reverted to bad habits at the very end of the game having the ball taken off his toes on a counter. Samuel Grandsir - just missed on a curler to start the second half. Víctor Vázquez - not much in his minutes. Sacha Kljestan - late sub.

Gastón Brugman - bad clearance nearly led to a goal in the 21st minute. Passed through on Real Salt Lake’s first goal. Set up the very last counter at the end of the game with a great outlet pass. His first bad game after excellent ones, we’ll give him a mulligan. Raheem Edwards - stood too far off his man in the 26th minute like usual, resulting in a cross for a goal. Good interception in the 46th minute. Chase Gasper - beat in the 52nd minute down the right. Lost his man in the 93rd minute and lucky not to be punished. Did it again in the 95th.