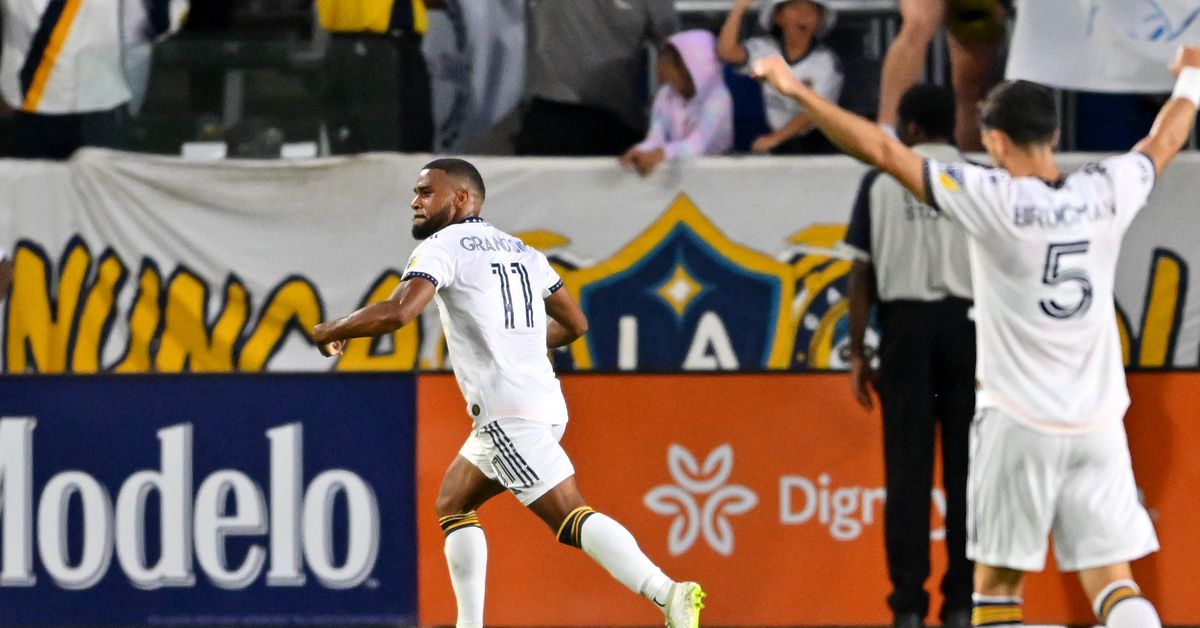 A comfortable victory for the first time in months.

How does it feel to watch an LA Galaxy game where it’s Los Angeles on the winning side of the 3-0 scoreline early?

After a series of beatdowns, this lopsided game, a 5-2 rout over the Vancouver Whitecaps, was sorely needed to deliver a confidence charge to a team that was looking downtrodden and lost. Now the Galaxy have a win to build on with Riqui Puig’s addition around the corner.

Greg Vanney got the tactics right with speedy flanks that overwhelmed Vancouver’s narrow defense. And Samuel Grandsir finally decided to find his finishing boots. He absolutely killed Vancouver down the left. Victor Vazquez also sprayed passes around the center, and Vancouver was left chasing the ball for 70 minutes.

That changed a bit with some subs in the latter part of the second half, but the Galaxy slammed the door with their fifth goal near the end. It helped that Vancouver ended up playing with 10 following some afters on their second goal.

This is what a good team should do — take advantage of defensive mistakes. Ball control and movement was also very good, and the final scoreline is a direct result of quick passes, and decent movement.

The Galaxy need more games like this one if they are going to make the playoffs.

Samuel Grandsir - great cross in the 10th minute that resulted in a shot on goal. Good run to score seconds later, made it 1-0. Served in the ball that resulted in a penalty. Lovely bent ball for his second goal. Vancouver had no idea what to do with him down the left. Man of the MatchVíctor Vázquez - set up his own shot in the 30th minute, well taken goal. Gorgeous through ball into Cabral in the 49th minute. Had an absolute field day picking out passes.

Chicharito - still makes everyone nervous when he takes penalties, but sunk this one with aplomb. 2-0, 21st minute. Nick DePuy - good sliding tackle in the 55th minute. Earned a yellow to prevent a goal at the death. Dejan Joveljić - set up Álvarez in the 89th minute - nice unselfish assist. Tested the keeper in the 91st minute. Efraín Álvarez - tap in for the Galaxy’s fifth goal off his left foot. Sacha Kljestan - late sub to bring some control to the midfield.

Kévin Cabral - clean headed shot on goal in the 10th minute, but saved (he should have scored). Seconds later served in the squared ball assist off a Vancouver mistake. Tripped over a stellar Vázquez pass in the 49th minute. Mark Delgado - helped control the midfield. Gastón Brugman - had a slight short pass affliction. Séga Coulibaly - just missed a headed goal off a designed play in the 27th minute. Earned a yellow for a late tackle in the 59th minute. Defending no one on Vancouver’s second goal. Raheem Edwards - good headed clearance to Bond in the 4th minute. Ball watching in the 6th minute, luckily the striker was likely offside and flat out whiffed. Earned a yellow card for defending Bond. Jonathan Bond - didn’t cover himself in glory on Vancouver’s first goal. Save of a freekick at the end of the game, and then another off the subsequent corner. Douglas Costa - protected the lead (a costly DP should be doing more, but as Vanney’s not starting him, no quibbles here). Daniel Aguirre - late sub

Julian Araujo - beat by on a route 1 ball over the top for Vancouver’s first goal. Served in the assist to Grandsir on the Galaxy’s fourth goal. Good headed clearance to end the half. Earned a dumb yellow card in the 63rd minute for delaying a restart. Good headed clearance in the 66th minute. Beat on Vancouver’s second goal. Nice shielding of the ball out in the 74th minute. Culpable on two goals, not a good defensive night.