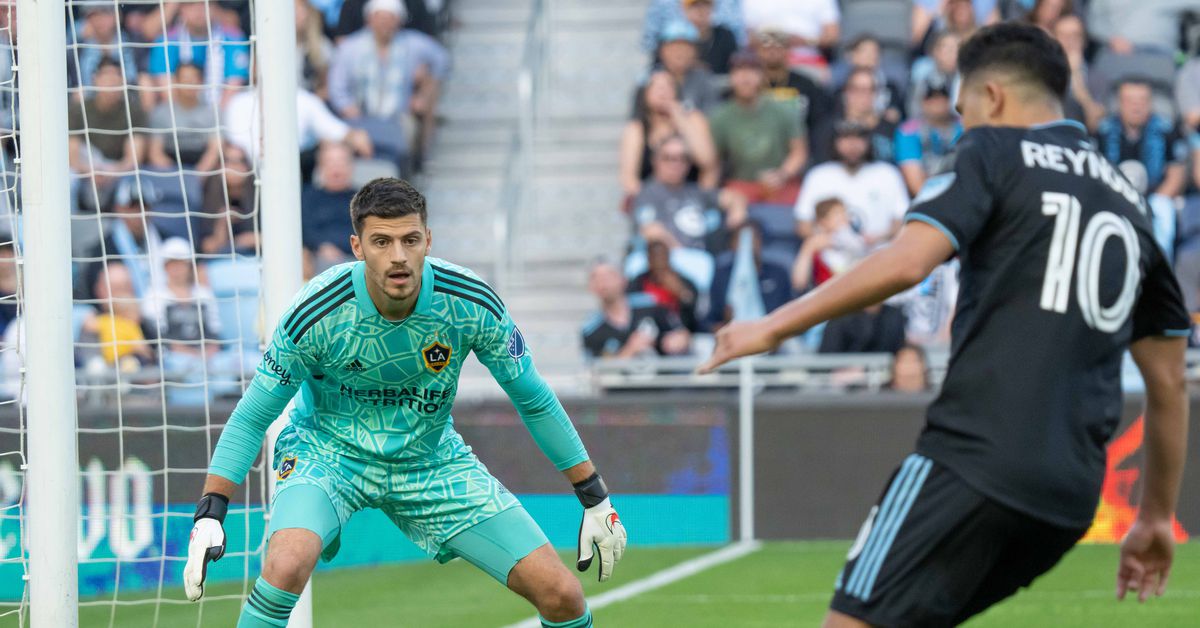 Matt Blewett-USA TODAY Sports Galaxy get a crucial point on the road despite lackluster performance After a tough loss at home this past weekend, LA Galaxy hit the road for some midweek action to get the bad taste out of their mouth. Up against Minnesota United, the G’z were looking to get on the board early, and often, to come away with the road win to keep pace amongst the top of the conference. The good news is they didn't lose, the bad news is they couldn’t hold on to the win despite scoring late in the match, as it ended in split points, 1-1. Coming in hot pic.twitter.com/GVFryyTaFx— LA Galaxy (@LAGalaxy) May 19, 2022 The team came out strong, with a couple of chances that come close to early leads in the first half. The above chance being one of those. Sadly it would be one of only two shots the team had in the first half, with Minnesota peppering the goal with 12 shots. Luckily, the team have Jonathan Bond as a goalkeeper, and he is good at keeping the other team from scoring. He kept the match scoreless going into the break, and despite the big deficit in shots, it felt like Galaxy should be the team with the lead. Another half where the G’z just couldn’t hold it together in the final third. BIG time save from Bondy pic.twitter.com/9kiQKPs2Qi— LA Galaxy (@LAGalaxy) May 19, 2022 The second half was a lot of the same. Bond had more incredible moments, including a double-save to keep it scoreless. It looked like LA would take advantage of that instant momentum, but Julian Araujo put too much power on a tap in and sent it over the bar. Sacha Kljestan came up huge again late in the match. After a Chicharito header towards goal ended with the defender getting too handsy with the ball, a decision was made to award Galaxy the penalty. It was Kljestan who stepped up to the spot and calmly converted it to give the squad the late lead. SACHA FROM THE SPOT pic.twitter.com/oXtMp3Y7hP— LA Galaxy (@LAGalaxy) May 19, 2022 Moments later Sacha was on the ground in pain and had to be subbed off. Just minutes after that, Minnesota shocked LA on a throw-in that resulted in a great look at the net, and an equalizer for the Loons. It wasn't getting back into the win column, but a point is a point. Considering how ugly the team played at times, it will be a point they should gladly take, especially while on the road. Matches are coming thick and fast as the quick turnaround continues for LA. The team should be happy knowing they begin a three match home-stand that kicks off this weekend. They host the Houston Dynamo Sunday, then they can look forward to a proper week off as they prepare for the middle part of the season. What do you think? Leave a comment below!