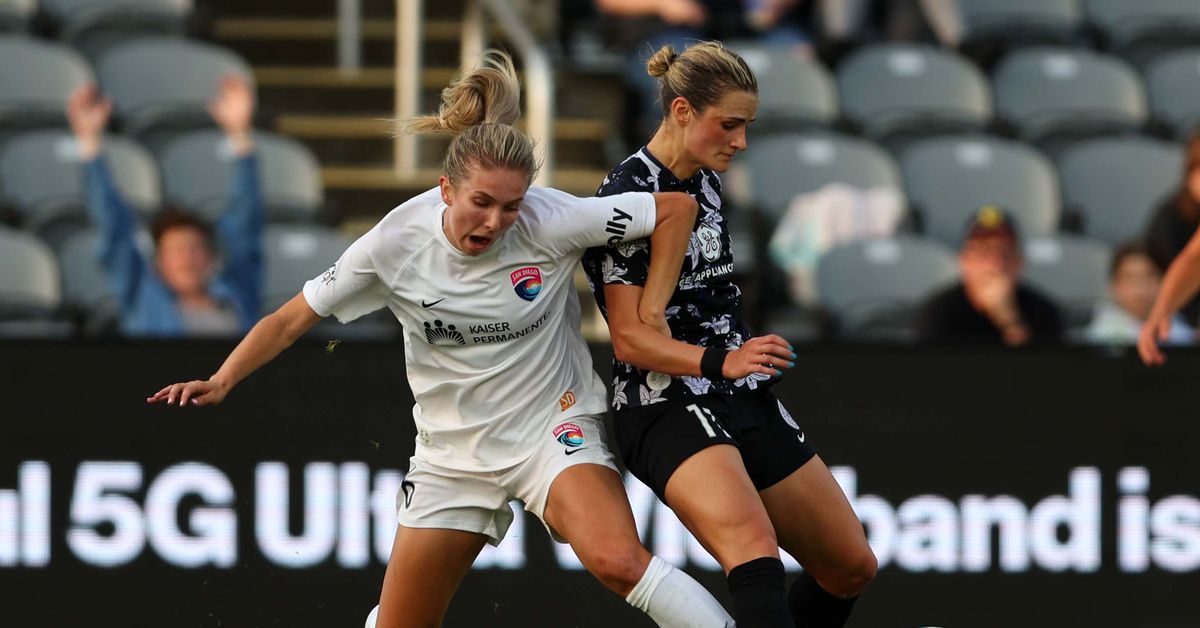 EM Dash-USA TODAY Sports Wave FC’s winning streak snapped on 1st trip to Kentucky. San Diego Wave FC’s winning streak came to an end on Wednesday, as the surprise leader in the standings fell 1-0 to Racing Louisville at Lynn Family Stadium. In a game where San Diego opted to rotate the lineup during a double-game week, the connections weren’t quite as crisp in attack and they struggled to continue the battering ram approach that has worked to start the NWSL regular season. At the same time, the defense held firm, with a truly stunning free kick by Louisville the only thing that separated the teams on the night. Head coach Casey Stoney remained in San Diego after testing positive for COVID, with assistant coach Rich Gunney filling in as the boss for the night. The lineup was fairly rotated, with Abby Dahlkemper returning to the XI, Belle Briede and Kelsey Turnbow getting back into the starting lineup, and fellow rookie Marleen Schimmer getting her first career start in the NWSL. Both teams were lively to start the match, with San Diego in particular racking up corner kicks in the earlygoing, at one point drawing four in quick succession. In the 13th minute, Tegan McGrady and Louisville’s Lauren Milliet collided in the open field. Unfortunately, McGrady looked quite shaken up on the play and had to exit the game, with Mia Gyau entering for San Diego. Racing took the lead in the 27th minute, as Savannah DeMelo’s free kick from about 30 yards beat Kailen Sheridan. It was the first time Wave FC were behind in their regular-season history. GOODNESS GRACIOUS @Savannah_DeMelo WITH A @RacingLouFC | #LOUvSD pic.twitter.com/ghhMIrxENw— National Women’s Soccer League (@NWSL) May 19, 2022 For the rest of the 1st half, San Diego got a few looks after conceding, but Louisville settled into a rhythm and were good value for the lead at halftime, with San Diego left to find answers for the second 45. Wave FC’s leading scorer Alex Morgan, who began the game on the bench, entered the game to begin the 2nd half, replacing Schimmer. She had a shot on target inside the first 20 seconds of being on the field, testing Racing GK Katie Lund. But it was few and far between from there, and Gunney opted to bring in Katie Johnson and Kristen McNabb for Kelsey Turnbow and Belle Briede in the 67th minute to try and take the San Diego attack into a higher gear and hunt for an equalizer. 10 minutes later, Makenzy Doniak was the final sub for the visitors, replacing Sofia Jakobsson. San Diego started to find more possession and get the ball into the mixer in the final 15 minutes, and Louisville bent but didn’t break to hold on for the shutout win. I think the good news about this game is that the San Diego defense was strong once more, and DeMelo’s goal is going to be in the top two or three free kick goals this year, it was that impressive. San Diego is still working to get their attack in full pomp, and with their reliance on penalty kicks in recent games, a game without one was bound to be a bit of a shock. Still, while it’s disappointing to drop three points, a grinding result that was just off the mark is not something for San Diego to get down in the dumps over. San Diego continue their road trip with a swing a little further east, for an early Sunday showdown against the North Carolina Courage in NC. The Courage also lost on Wednesday, so they’ll be on short rest, too, but won’t have to travel. It looks like there’s a door open for San Diego, but they’ll need to be fully up for it if they want to get a good result in Cary this weekend. What do you think? Leave a comment below.