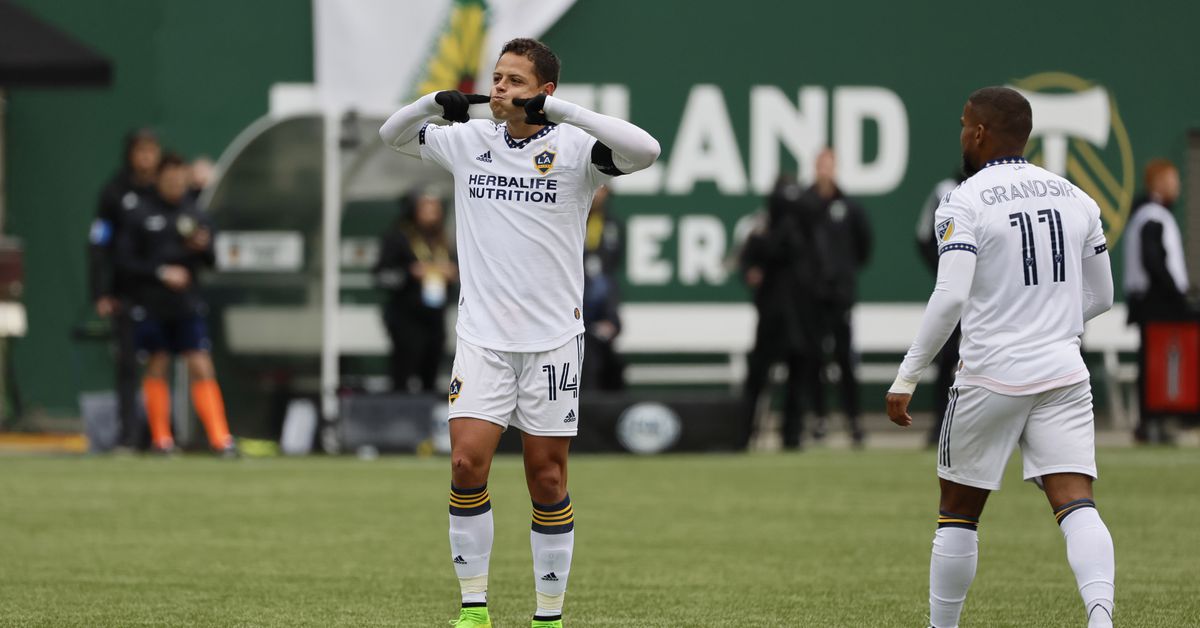 Soobum Im-USA TODAY Sports LA Galaxy get back in the win column with big road win After a quick International break, LA Galaxy were back in action Sunday, on the road against Western Conference foes, Portland Timbers. The Galaxy came into the match looking to avoid a third straight loss, to get back on track as teams begin to settle in for the season ahead. With a big rivalry match against an unbeaten LAFC looming on the horizon, the Galaxy were able to get back into the win column, taking all three points in a 3-1 victory. They also gather some much needed momentum for the big clash at home next weekend. A Chicharito shot Simply ✨ flawless ✨ pic.twitter.com/a81DJrvL9k— LA Galaxy (@LAGalaxy) April 3, 2022 The Timbers are one of those teams that wears you down. They play physical, and love to keep a match close until the final moments where they can usually find just enough to get them a needed goal or two. That's why it's best to get an early goal or several if you can, and that is exactly what the Galaxy did. Hardly ten minutes into the match, Chicharito got just enough toe on a Samuel Grandsir cross into the box, nudging the ball across the line and giving his side the early lead. pic.twitter.com/EOFsVwQLAy— LA Galaxy (@LAGalaxy) April 3, 2022 Grandsir woke up ready to make an impact, as it didn't take long for him to put another dangerous ball into the box. Initially, it looked like Kevin Cabral had gotten his first goal of the season, but upon reply, it showed the cross deflected off the Portland defender, and into the net. Either way, Grandsir had another assist and the G’s had a two goal lead in the early stages of the match. Call it that French connection! pic.twitter.com/6mdQXAm4gg— LA Galaxy (@LAGalaxy) April 3, 2022 Despite going down a man, nobody expected Portland to just lay down and go away. Sure enough, they opened the second half snatching a goal back by scoring a banger of their own. Bill Tuiloma stepped up for a free kick and ignited a rocket that cleared the wall, and found the top corner, just out of reach of Jonathan Bond. Bill Tuiloma with a free kick.@TimbersFC are back in this one, early in the second half! pic.twitter.com/kWLEyX8FC5— Major League Soccer (@MLS) April 3, 2022 Galaxy didn't let the moment deter them as they answered quickly. Slamming the door on the building momentum on any possible comeback, Chicharito once agin found himself where he needed to be in the box to put away his second on the day, extending the lead once again to two goals. GOOOOOAL Chicharito with a brace! ✨ pic.twitter.com/QPNj42um6c— LA Galaxy (@LAGalaxy) April 3, 2022 The Chicharito brace was the last goal of the match, with the Galaxy taking all three points in Portland. The win was only the second time the team had been able to secure a win during a visit to Portland. Next weekend the team are back home, hosting another chapter in one of the league’s biggest rivalries already. This time, they welcome a revamped, and currently unbeaten LAFC. Luckily for them, they've gotten the pressure of mounting losses off their backs, snapping the losing streak at just two matches. Despite things getting chippy as they tend to do against Portland, the team did extremely well to keep level-headed, not feel overwhelmed by adversity, and were able to see out an impressive 3-1 win. Now it’s time to keep that momentum rolling into what is always one of the biggest matches of the season. What do you think? Leave a comment below!