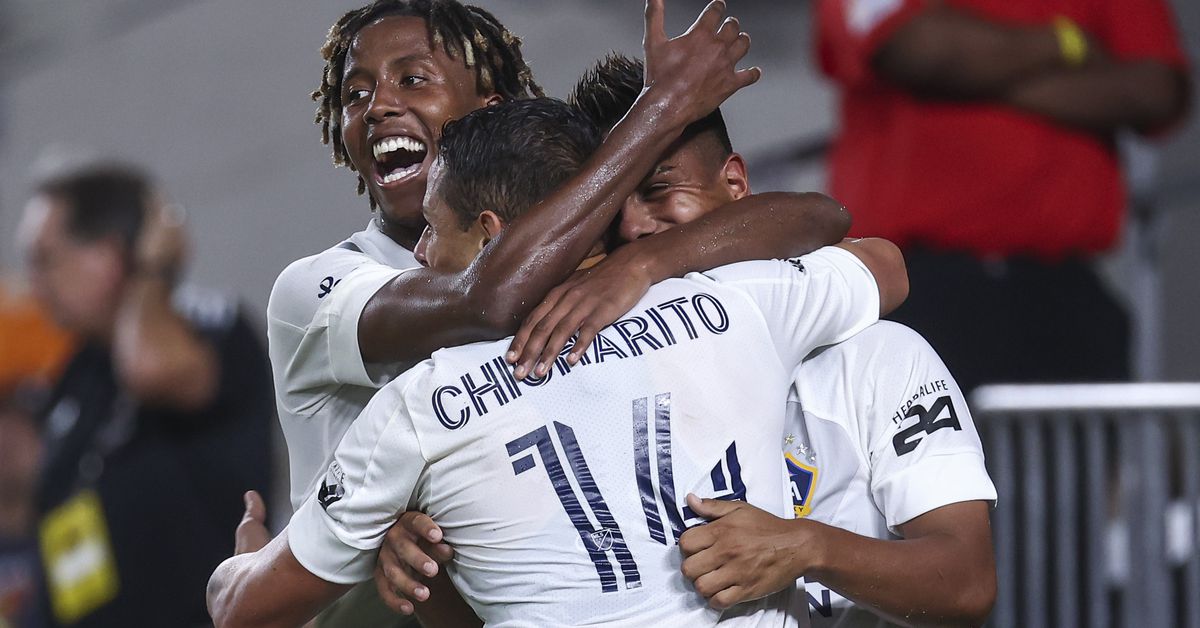 Troy Taormina-USA TODAY Sports LA Galaxy secure sensational win on the road, jump up in the Western Conference standings. LA Galaxy may currently sit safely in a playoff spot, they know that can change in the blink of an eye should they fail to continue to get results. Which is what makes matches against teams like Houston Dynamo so important, yet so difficult. While the Dynamo sit outside of playoff contention, they still want to prove a point at home, and spoil the fun for LA. That wasn't going to happen though, and the Galaxy were able to put in a strong performance for the 3-0 win on the road. The first half went much like the first halves typically go for the Galaxy. They controlled possession, got their fair share of shots, but couldn't find the back of the net, at least early on. That all changed in the 39th minute, after a dangerous tackle from the Dynamo defense gave LA the penalty. Sacha Kljestan, who’s come up big as of late, stepped to the spot and put it left, for the lead. Mr. Automatic @SachaKljestan Sacha scores his 5th goal of 2021 to put us up 1-0 in Houston pic.twitter.com/h9f8npfzh9— LA Galaxy (@LAGalaxy) October 21, 2021 Efrain Álvarez helped set up the second Galaxy goal just before halftime. Whipping a ball into the box, that deflected off the Houston defender, and found its way into the back of the net. Suddenly, the bounces were going the way of LA. THAT'S 2️⃣ FOR THE .@efrain_alvarez1 sets up the second to double our lead pic.twitter.com/rrFRnPmaa6— LA Galaxy (@LAGalaxy) October 21, 2021 If you thought the second half would start slow for the Galaxy, you would be absolutely wrong. The young Frenchman, Kévin Cabral, decided the 47th minute was a great time to break a few legs, and snatch a soul, on his way to extending Galaxy’s lead to three. @KvinCabral with a NASTY finish to give us our third Deep in the Heart of Texas pic.twitter.com/yO80P7XhOy— LA Galaxy (@LAGalaxy) October 21, 2021 While that would be the last goal scored for the match, the Galaxy did do well to keep Houston from scoring in the second half. Making this their first shutout win since early August, when they beat Minnesota United, 1-0. The win, at the time of this writing, puts the Galaxy 5th in the Western Conference. While not completely safe, it does give them some slight breathing room, with a chance to add points at home, against FC Dallas, this Saturday. What do you think? Leave a comment below!