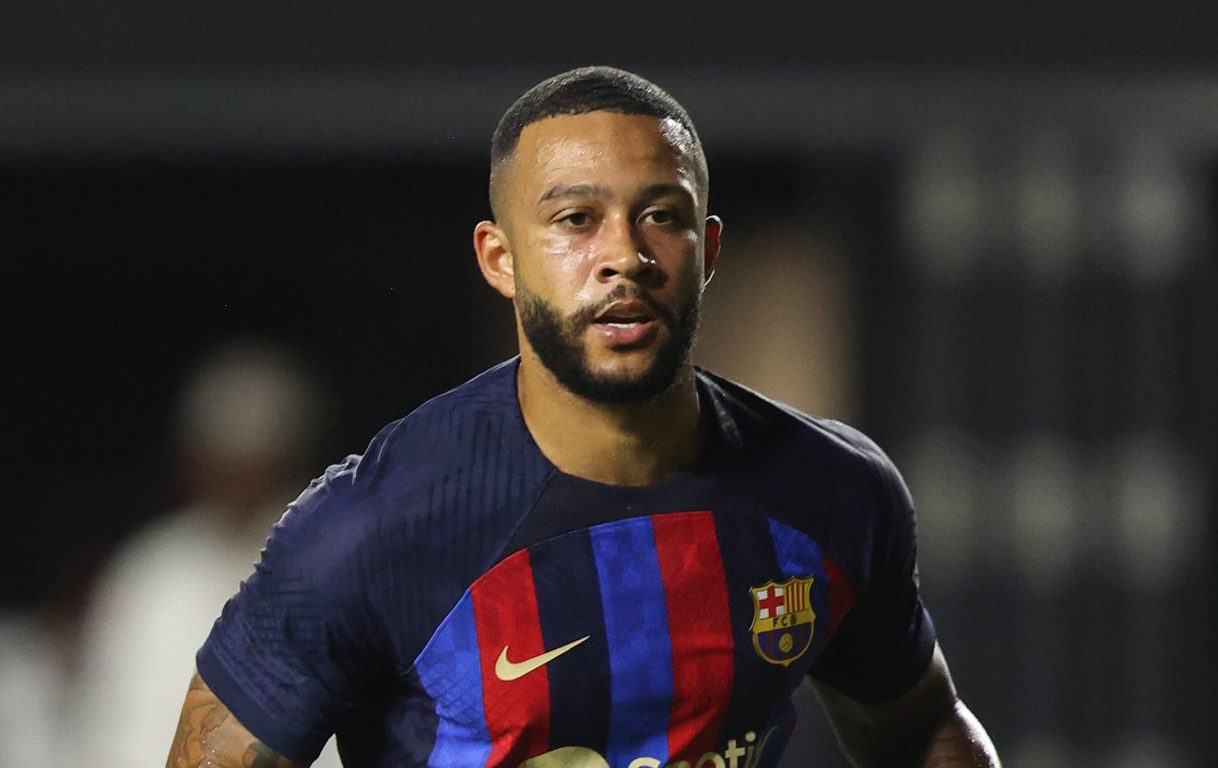 It is fair to say that Memphis Depay’s first spell in Manchester was not a success. Joining the Red Devils as a green 21-year-old winger, Memphis never settled at Old Trafford, playing just 33 times in his two years there.During that second season, Memphis saw just 20 minutes of Premier League action before moving to Lyon. It was apparent that even if the Dutch forward was perhaps not ready for Manchester United at that stage, then neither were United prepared to nurture a young, talented forward in need of some guidance either.Five years later, Memphis is an entirely different footballer. Preferably playing more centrally, but not alone, Memphis is now a sinewy, strong forward capable of using his body to work a yard of space. Skilful, but less concerned with beating his man, maybe his largest virtues are his quick touches around the box and his movement.His time at Barcelona is nearing an end. Although partly due to injury, he has played just 131 minutes for Barcelona this season. He was heavily linked with a move away from Barcelona in the summer, but remained after the right option did not present itself. With his contract up at the end of the season, the only question is whether he will leave then or in January.After the departure of Cristiano Ronaldo, his former club Manchester United have been linked to him with compatriot Erik ten Hag at the helm. Tottenham Hotspur were mentioned in the summer, but Sport also reference Chelsea as a potential option. The player has been clear privately that he will only leave for a ‘top’ club, which reduces his options significantly.A return to Manchester United would see him working under a manager that understands him, his game and could likely find a role for Memphis in his side. As a personality, it would suit Memphis to make a glorious return and conquer the crowd that he could not win over five years ago.Equally, ten Hag’s football is egalitarian. Memphis has shown both a preference for and improved performance in teams that have somewhat been constructed around him. With plenty of competition for places, Memphis is unlikely to be the star of the show. Marcus Rashford, Antony, Antony Martial, Jadon Sancho and the blossoming Alejandro Garnacho are all looking for minutes in the front line, although Memphis would back himself to win a spot in the line-up.So far this season, United have operated almost exclusively in a 4-2-3-1 formation, which does not necessarily suit Memphis. Unless he is given freedom to roam from one of the wide positions or is given plenty of help as the lone striker, he might find it difficult to express his best football.It is also true that United are one of few options. Chelsea may perhaps suit him better positionally. Given the competition for places up front, Memphis’ chances of being more than a rotational option at Spurs are perhaps slim, bearing in mind Heung-Min Son and Harry Kane rule the roost in Tottenham.Overall United are probably not the most ideal destination. However they fit both his requisites, a high salary and top club, and gives him a chance at a unique redemption arc. If ten Hag pitches him a footballing idea heavily featuring the Dutch forward, then it would perhaps make more sense. Should the likes of Chelsea pursue him, he will have a tough decision to make.The post Analysis: Does a Manchester United return make sense for Memphis Depay? appeared first on Football España.

Surprising take on Haaland: Maybe Manchester City were the wrong club for him