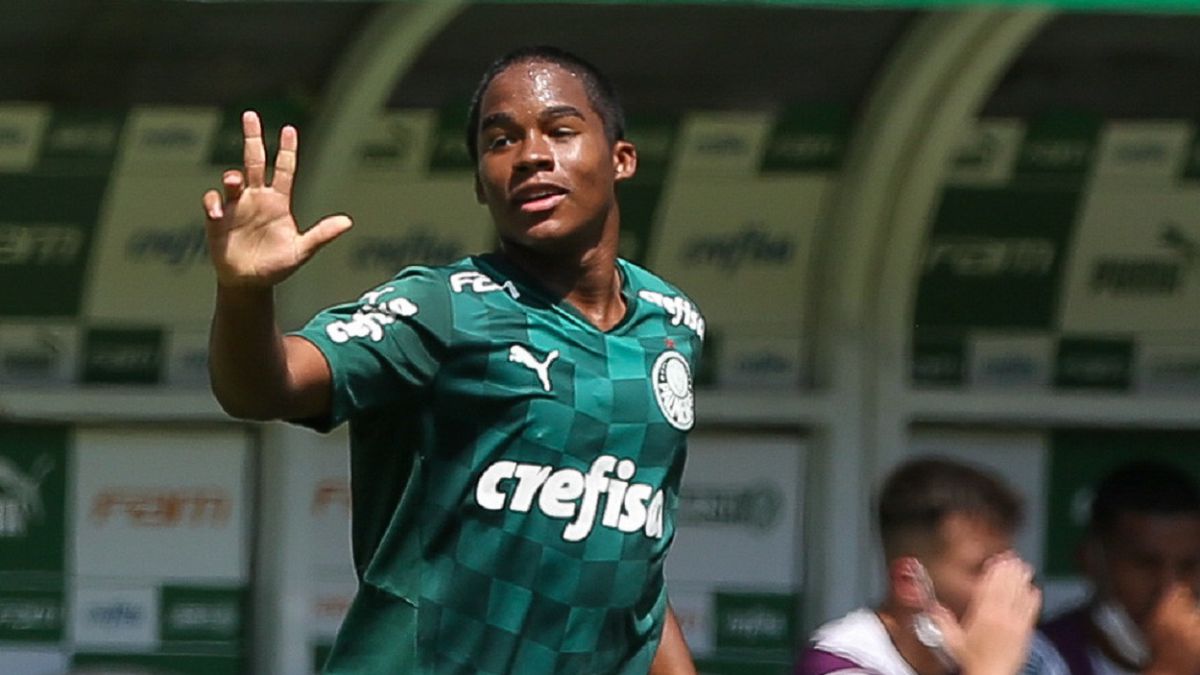 Barcelona are forging ahead with further transfer plans, with one eye cast towards the future. The future, in their eyes, goes by the name of Endrick Felipe.The 16-year-old Palmeiras sensation has already become a well-known name on the radar of Europe’s top clubs. Barcelona and Real Madrid seem set to duel for the signature of another Brazilian wonderkid following on from Vinicius Junior and Neymar Junior.According to Sport, this week there was a meeting with Endrick’s agents in Barcelona, after they were flown out from Sao Paulo. The purpose of the meeting was to communicate the Blaugrana’s interest and align stances in terms of plans and finances.Endrick has not yet debuted with Palmeiras, but has made the bench. This summer he signed his first professional contract with the club, containing a supposed €32m release clause.Barcelona’s plan is to do a deal for Endrick next summer. He would then join the club in the summer of 2024, after he turns 18.However their main competitors at this point are not thought to be Real Madrid, but Paris Saint-Germain. The French side are intent on increasing their presence and talent recruitment in South America. Endrick is one of their targets.The post Barcelona meet with agents of Brazilian teenage sensation Endrick appeared first on Football España.