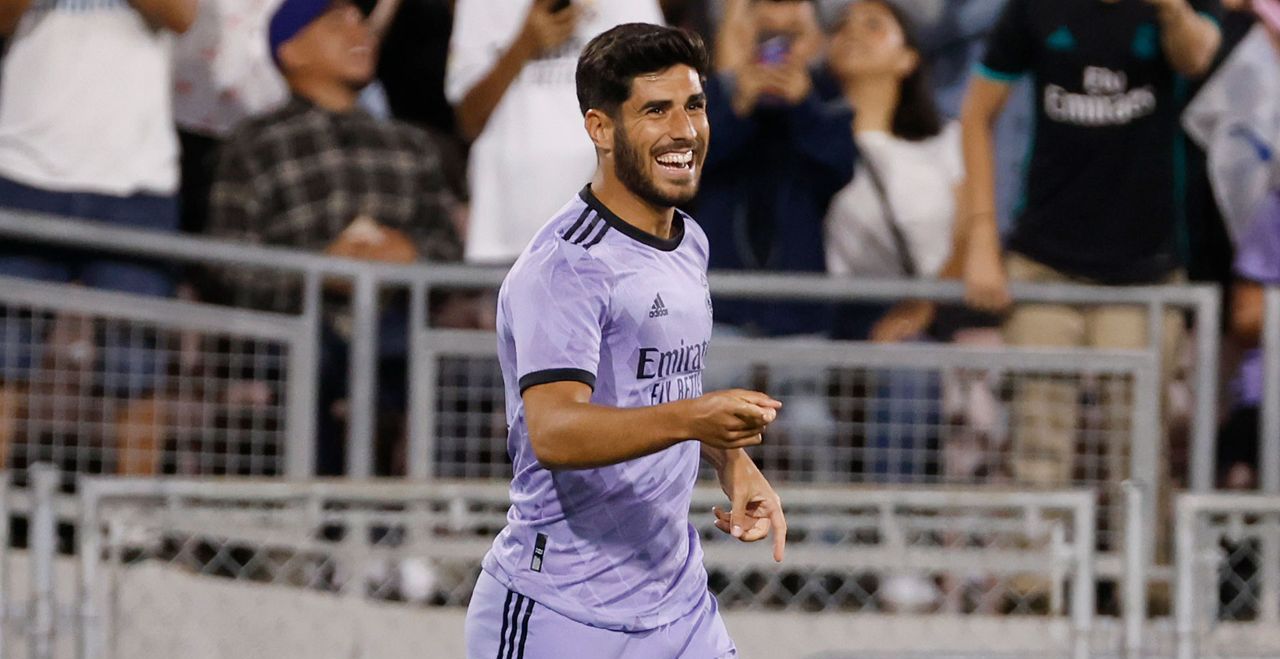 Marco Asensio did not receive an offer that satisfied him this summer and as a result, ended up staying at Real Madrid.The Spanish winger is frustrated with his lack of minutes and as a result, wanted to leave Los Blancos. He only has nine months left on his contract and will be able to negotiate with anyone from January onwards.That could lead to a controversial offer. According to Mundo Deportivo, Barcelona are following Asensio should he leave Real Madrid. At 26, they see a player entering his prime who is versatile and capable of scoring goals. Equally, he would arrive on a free.Barcelona tried to sign Asensio when he was breaking through at Real Mallorca and nearly had a deal done, but were pipped at the post by Real Madrid.However for the player himself, if he is unhappy with his role at Real Madrid, the competition in attack is just as high at Barcelona. There is a good chance he would not be able to win a starting role and as such, a move to Barcelona might not make sense.The post Barcelona weighing up Marco Asensio deal on a free next summer from Real Madrid appeared first on Football España.