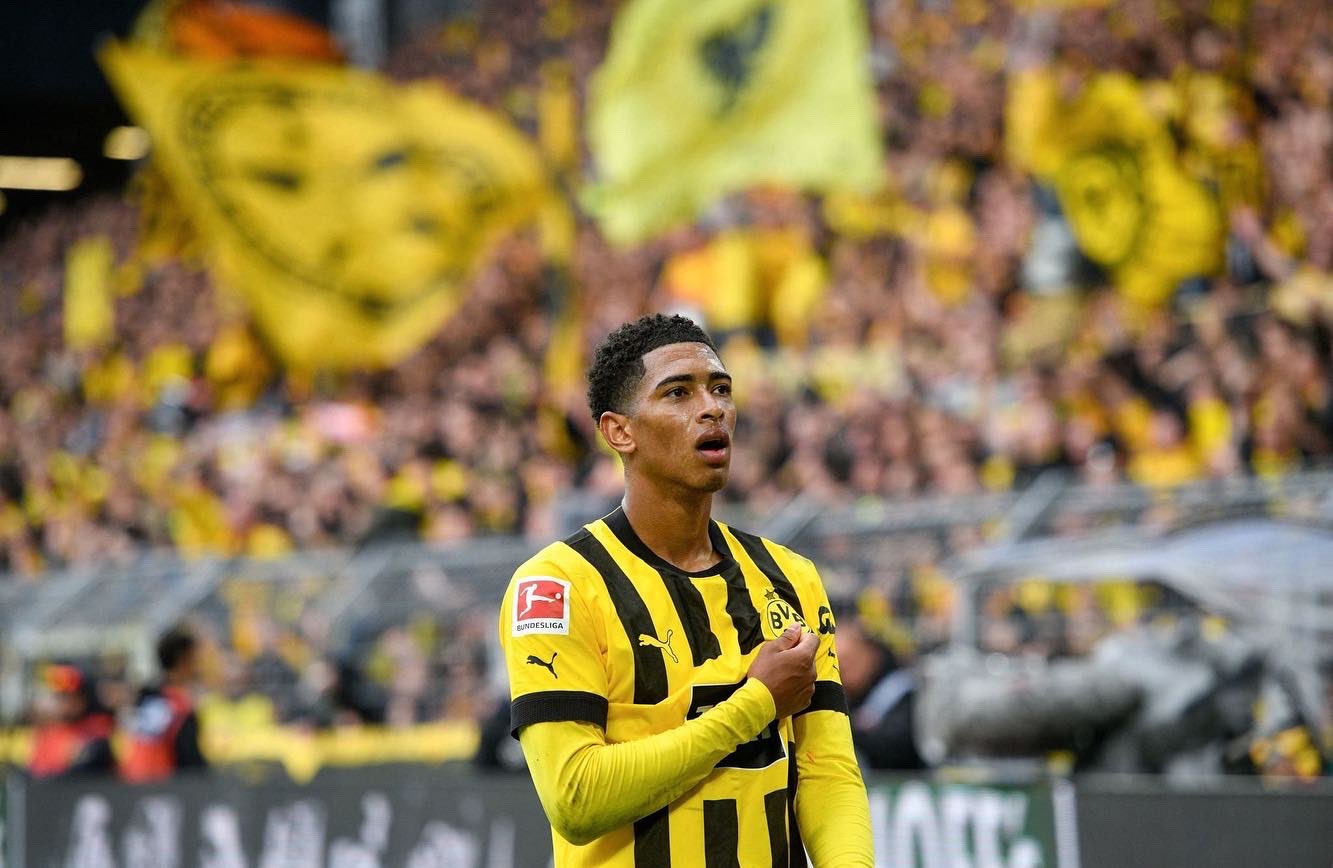 Real Madrid have already signed two of the most talented young midfielders in the game, Eduardo Camavinga and Aurelien Tchouameni, in successive summers. Next summer, they are looking to make it a hat-trick.As Los Blancos come to terms with the aging process and the eventual phasing out of Casemiro, already gone, Toni Kroos and Luka Modric. Their two French starlets have started excellently at Real Madrid though and already Tchouameni looks ready to start in the void Casemiro left.However Real Madrid have their sights set on a long-term replacement for Luka Modric. English star Jude Bellingham has been scintillating for Borussia Dortmund since breaking into the first team.According to The Athletic, as per Mundo Deportivo, Dortmund have already set their price for Bellingham. He will cost any suitors €150m – given he has a contract until 2025, they might be able to hold teams to that.Suitors is not something Bellingham is short of. Los Blancos will face stiff competition from the Premier League, with the likes of Liverpool and Manchester City keen to repatriate the teenager.The post Borussia Dortmund set price for Real Madrid target Jude Bellingham appeared first on Football España.