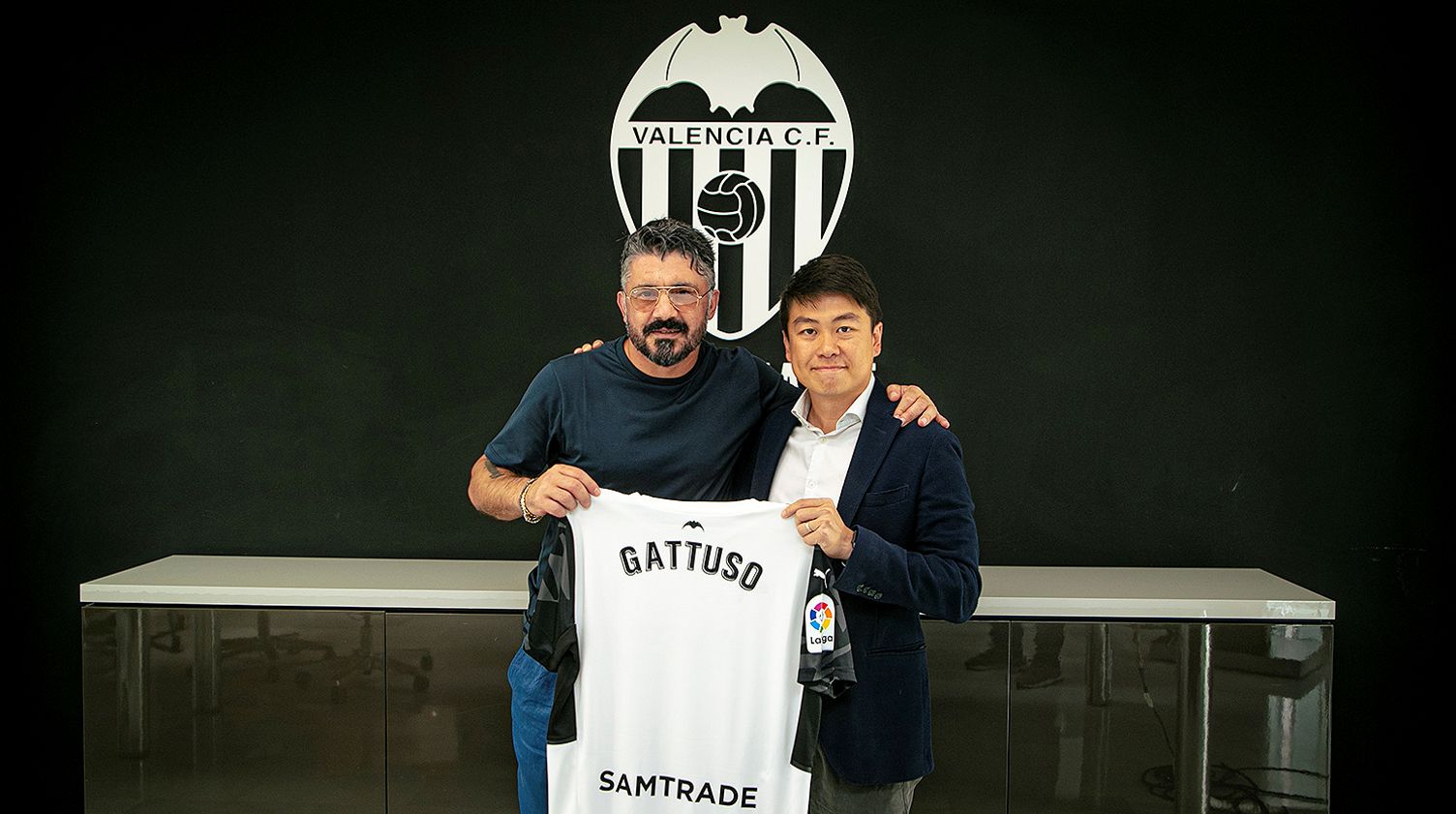 The Italian has been appointed as the new coach of Valencia CF, which will be his first experience of Spanish football. There is a buzz in the air at Mestalla, with Valencia CF having confirmed the appointment of Gennaro Gattuso as their new head coach, replacing José Bordalás. The Italian was one of the very best midfielders in the world during his career and has achieved several successes as a coach too, so will aim to jumpstart Valencia CF as the club seeks a return to European football.  Born in the south of Italy, Gattuso started his playing career at Perugia and then Scottish side Rangers, before signing with AC Milan and becoming a key cog in the Rossoneri’s winning machine during his 13 years there, between 1999 and 2012. He won several trophies in Milan, including two Champions League titles, while the hard-edged midfielder also lifted the World Cup with the Italian national team in 2006. After finishing his playing career with Sion, Gattuso then took over as the Swiss club’s coach midway through the 2012/13 season. Although he had been studying to become a football coach for some time, it was a sudden start to his managerial career. Yet, Gattuso embraced the dugout and worked his way to the top of Italian football over the following decade, starting with stints at OFI Crete in Greece and Palermo and Pisa in Italy. In 2017, he made a return to AC Milan to work in the Rossoneri’s youth academy and did such a good job that he was appointed as the head coach when Vincenzo Montella was sacked by AC Milan in November of 2017. He steadied the ship and remained in charge until the summer of 2019, before taking over at Napoli midway through the 2019/20 campaign and leading the Partenopei to a spectacular 2019/20 Coppa Italia victory.  Tenacious and technical football Gattuso’s Napoli side played some spectacular football at times, with the midfielder shaking off the reputation he’d earned as a player. As he himself has explained in a press conference: “There’s no point in talking about Gattuso the player. We can’t just talk about grit and heart. The aggression is still there, but I’ve been through coaching courses. I’ve studied and travelled. My coaching licence wasn’t just handed to me as a present.” The Italian has even spoken about how much he admires the technical style of football that is more common in LaLiga Santander, even if he hated having to chase the ball when playing Spanish sides as a player. On this, Gattuso has said: “The first few times I faced Spanish teams who played possession football, it did my head in. I used to go and press them on my own and they’d put me in the middle and pass the ball around. When I finished the game, I would say that in Italy we played another sport. I used to suffer in those games. I now see football differently to when I played. I like my teams to have possession and avoid taking risks.” This makes Gattuso such a special coach, as he can construct teams that play nice football when in possession but that also possess the necessary tenacity to win the ball back. That should go down very well at Mestalla.  Gattuso’s first experience in LaLiga Santander This adventure with Valencia CF will be Gattuso’s first experience of LaLiga Santander, since he never played in Spain as a player and hasn’t coached in the country yet either.  Even though there were no Italian players in LaLiga Santander in 2021/22, there were two coaches from the country in the form of Levante UD’s Alessio Lisci and Real Madrid’s Carlo Ancelotti. Although Lisci’s Levante UD side were relegated, Valencia CF’s appointment of Gattuso means that there will once again be two Italians in the dugouts of Spain’s top division. When Gattuso faces Ancelotti, that will be a special occasion since the reigning Spanish and European champion coached the midfielder for so many years at AC Milan. In total, Gattuso played 323 times under Ancelotti and will hope to follow in his footsteps by achieving success in LaLiga Santander. The post Gennaro Gattuso brings tenacity and technique to the Valencia CF dugout appeared first on Football España.