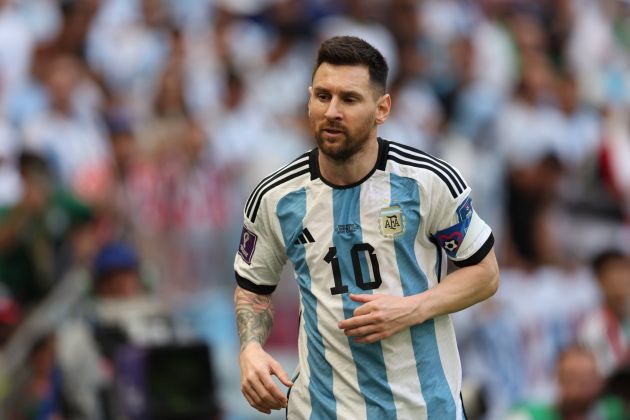 Argentina head coach Lionel Scaloni has confirmed captain Lionel Messi will face Mexico in their crunch 2022 World Cup clash tomorrow.Messi will lead La Albiceleste in their must win game in Lusail as they aim to get back on track in Group C after a shock 2-1 opening defeat to Saudi Arabia.A 0-0 draw between Mexico and Poland means Argentina are still in with a chance of securing a last 16 spot, but they are in firm need of victory, and Scaloni will reshuffle his starting XI.Messi, who scored from the penalty spot, completed a full training session today, and Scaloni has no doubts over his fitness.“We have no questions on Messi’s physical level, and emotionally he’s feeling well, so no problems there”, as per reports from ESPN.“Leo is doing well, as are his teammates.“Tomorrow is an important match and the players know everything will be left on the pitch.“Everything depends on us, that’s why we need to give everything.”As it stands, Argentina are currently bottom of Group C, but a win against Mexico puts their destiny back into their own hands, ahead of a final group game against Poland.Defeat would dump them out of the competition and a draw would mean Scaloni’s charges relying on other results going in their favour in the coming days.The post Lionel Scaloni claims Lionel Messi is ready to lead Argentina against Mexico appeared first on Football España.