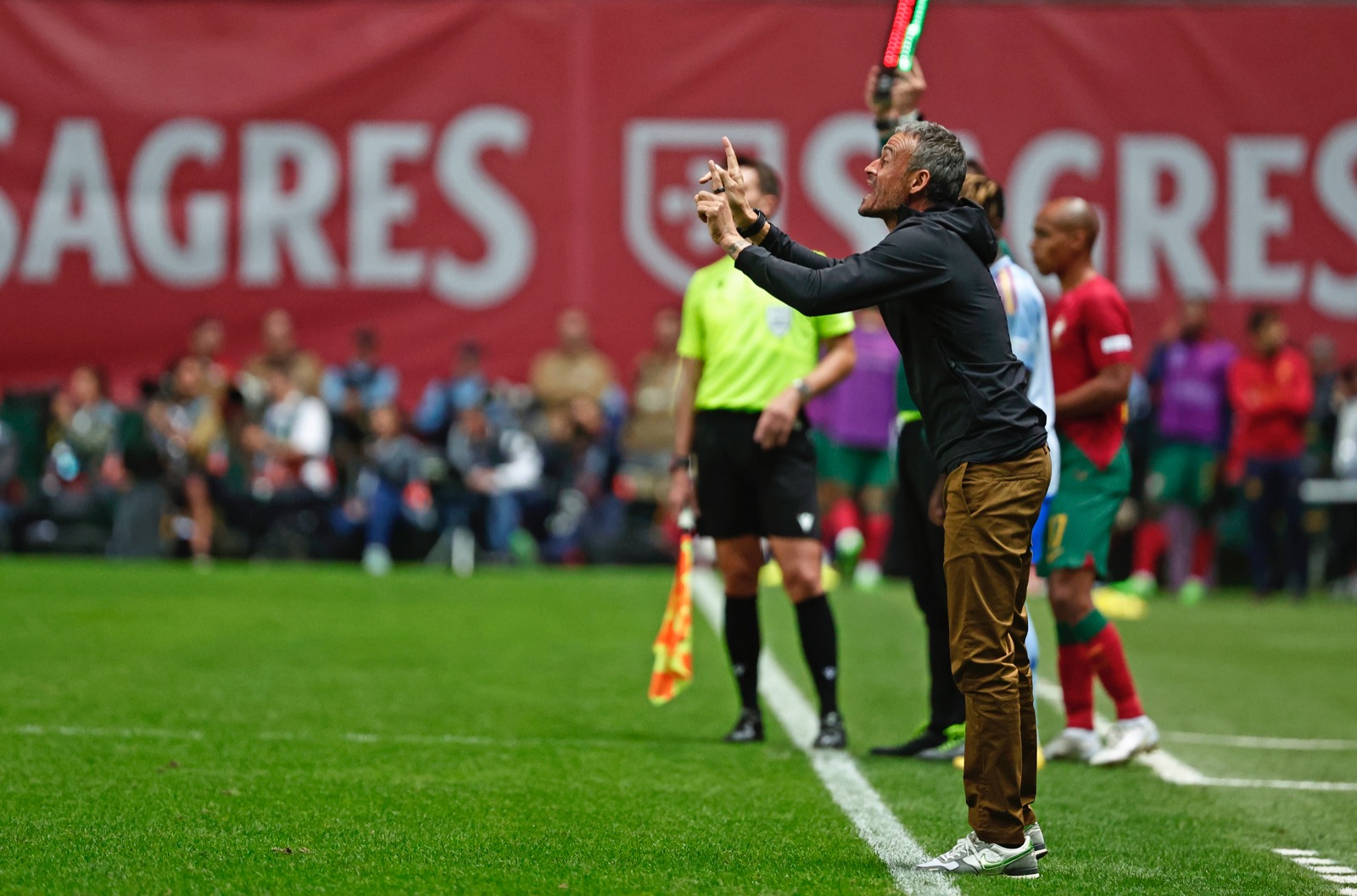 Spain came out of their trip to Braga victorious by the narrowest of margins, defeating Portugal and consequently making it through to the final four of the Nations League for the second time in a row.It was a euphoric ending to the match for Spain, leading manager Luis Enrique to speak on the medicinal benefits of football to Diario AS. “This is a marvellous sport. Victory is the best antidote for depression or sadness.” It was also the final chance that Luis Enrique had to evaluate his players up close, with all eyes on the 2022 World Cup in Qatar. The final announcement is set to take place on the 10th or 11th of November.There were several high-profile absences in this squad though and Luis Enrique addressed both those omissions and the size of squad he will take to Qatar. “Now there could be up to 26 on the bench, but it is something that could have repercussions for the health of the group. It could be a squad of 26 or 24. I haven’t decided.” “I need to see Ansu Fati playing at Barca, [Aymeric] Laporte is already recovered and is training with his team and [Mikel Oyarzabal I prefer not to say anything. Let’s see how he recovers. But it is true that it will be a difficult squad and not everyone that I would like will be in it.”Ansu Fati has been fit since the end of last season but as Barcelona try to ease him back to the cut and thrust of the season, he is yet to play more than an hour in a single game. The competition for his positions at Camp Nou does not aid his cause either.Oyarzabal tore his anterior cruciate ligament in March of last season and his involvement in the World Cup was always going to be in doubt.From the sound of things, Manchester City’s Laporte will be returning to the squad, but the likes of Sergio Ramos and Thiago Alcantara remain on the outside looking in.The post Luis Enrique addresses Ansu Fati and Aymeric Laporte Spain World Cup chances appeared first on Football España.