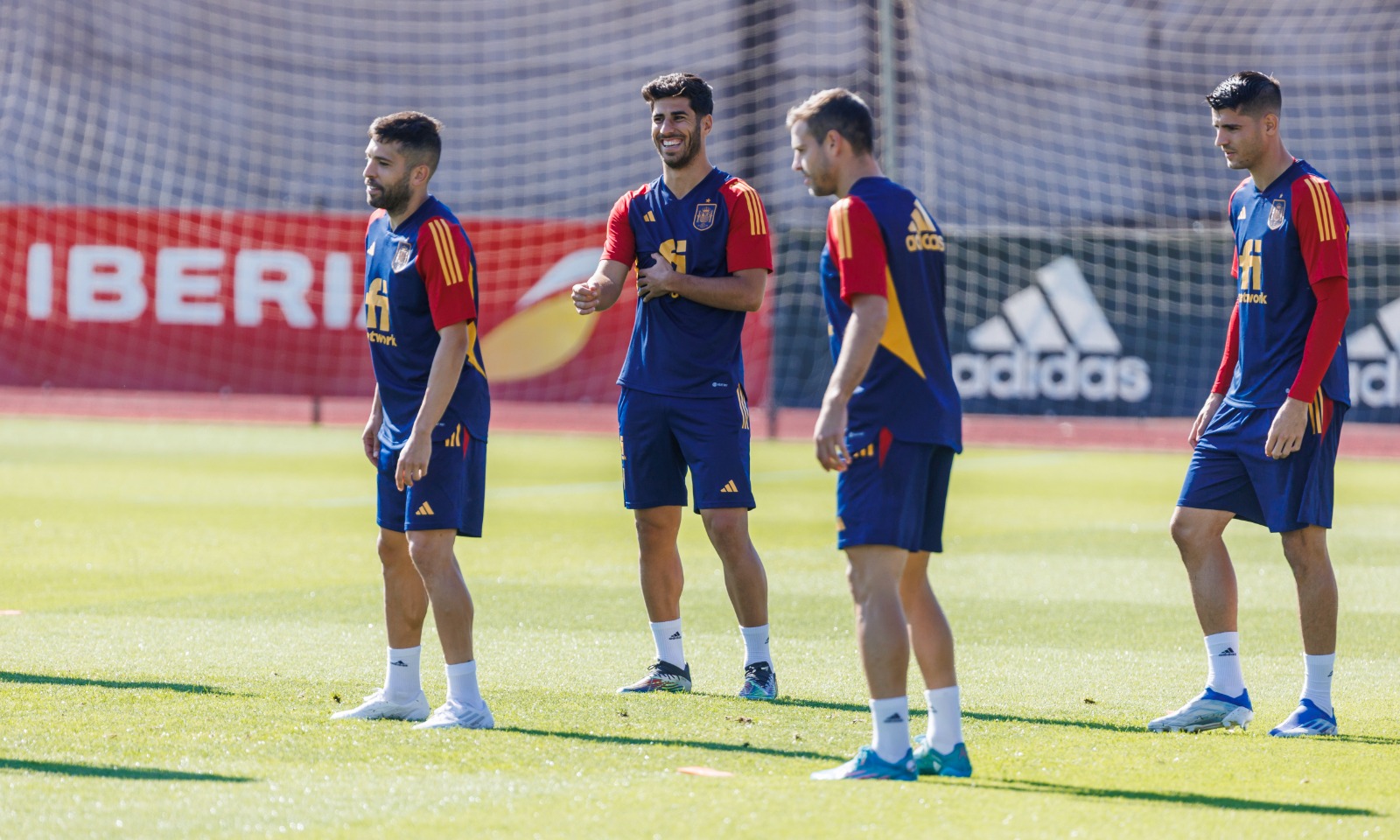 Luis Enrique is gaining something of a reputation for his innovative training methods and ahead of Spain’s upcoming fixtures against Switzerland and Portugal, a new addition was present during practice.Previously Luis Enrique has had a tower installed at the side of the pitch at Las Rozas so that he can observe the session from a height. In their last international call-up, he also had a giant screen installed next to the training pitch so that he could do video analysis quickly and in detail during training.On Tuesday the Spanish media team released a video showing off Luis Enrique’s gadget. Lucho had a radio that he could use and it was connected to the GPS vests that the players were wearing, with another radio inside them. ¡¡La última tecnología al servicio de los nuestros!! @LUISENRIQUE21 da indicaciones a través de un walkie y los jugadores de la @SEFutbol las reciben en un pequeño altavoz que llevan inserto en la ropa de entrenamiento. ¡¡HILO DIRECTO!! #VamosEspaña | #NationsLeague pic.twitter.com/BsZVAcBur4 — Selección Española de Fútbol (@SEFutbol) September 20, 2022 As can be seen in the video, it allows the Spain coach to talk to the players directly in training, even if he is watching from his tower.The Spain team can be seen taking part in a training match with their manager radioing through instructions directly to the players in real time.This is certainly and interesting development. Although it gives managers perhaps more control and enhances their ability to communicate with their players, some may not appreciate having the coach in their ear quite so often.The post Luis Enrique introduces new technology into Spain training sessions appeared first on Football España.