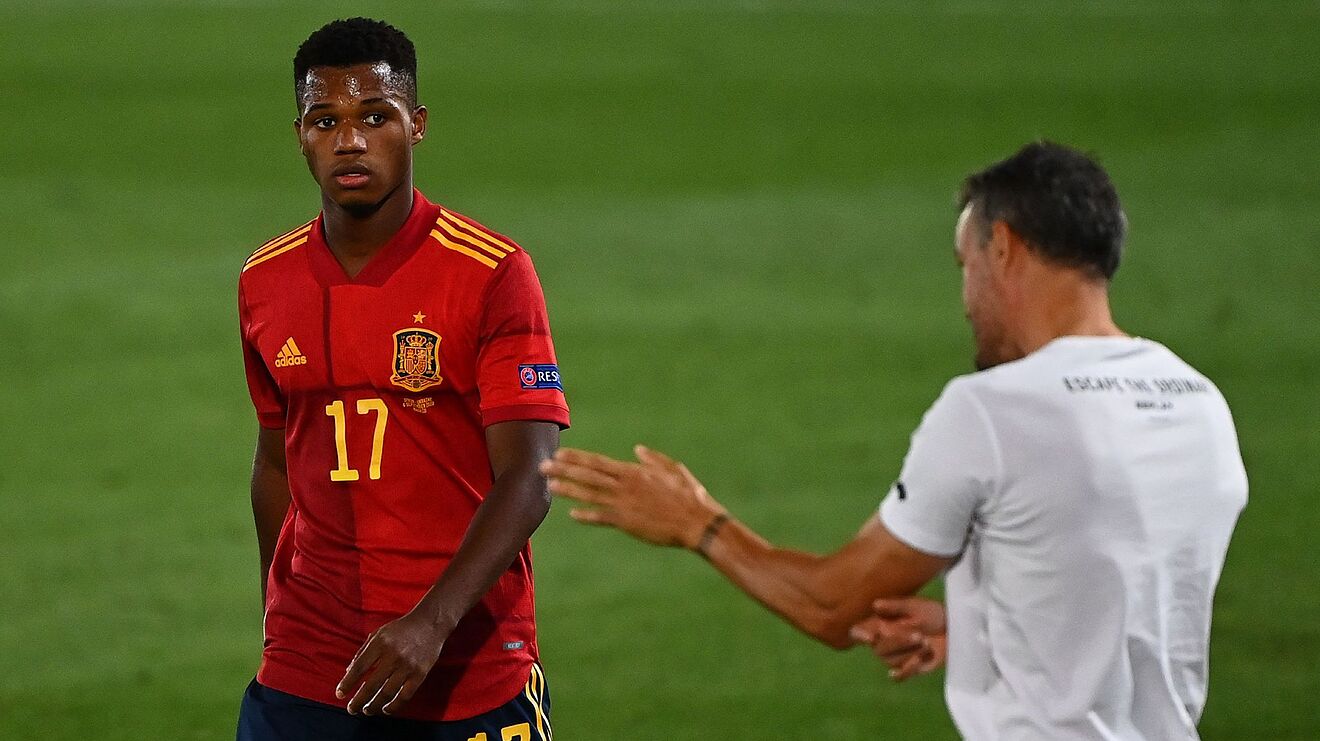 Spain boss Luis Enrique has confirmed his reason to leave Barcelona star Ansu Fati out of latest La Roja squad.The former La Blaugrana coach named a 25-man panel for their final round of competitive games ahead of the World Cup in November.Spain are top of League A2, ahead of those matches, with Switzerland travelling to Zaragoza on September 24, before Spain go to Portugal three days later.Enrique is likely to use the camp as a final testing ground for his players before making a final call on his World Cup squad next month.Fati has been omitted from Enrique’s plans this time around, despite making progress in his comeback from long term injury, with two goals already in 2022/23.Enrique called Fati into his squad for June’s UEFA Nations League games, but opted against using him, and he has not featured for the national team since 2020.“He came in June to get into group dynamic, and have contact again, to see how he was, and the truth is, he was much better”, as per reports from Marca.“He’s only played one game as a starter for his club this season and this tells me something.“Hopefully we’ll see the best of Ansu again, but today I don’t see him on the list.“He’s gaining confidence and improving after not playing for a long time.”The post Luis Enrique reveals Ansu Fati La Roja omission reason appeared first on Football España.