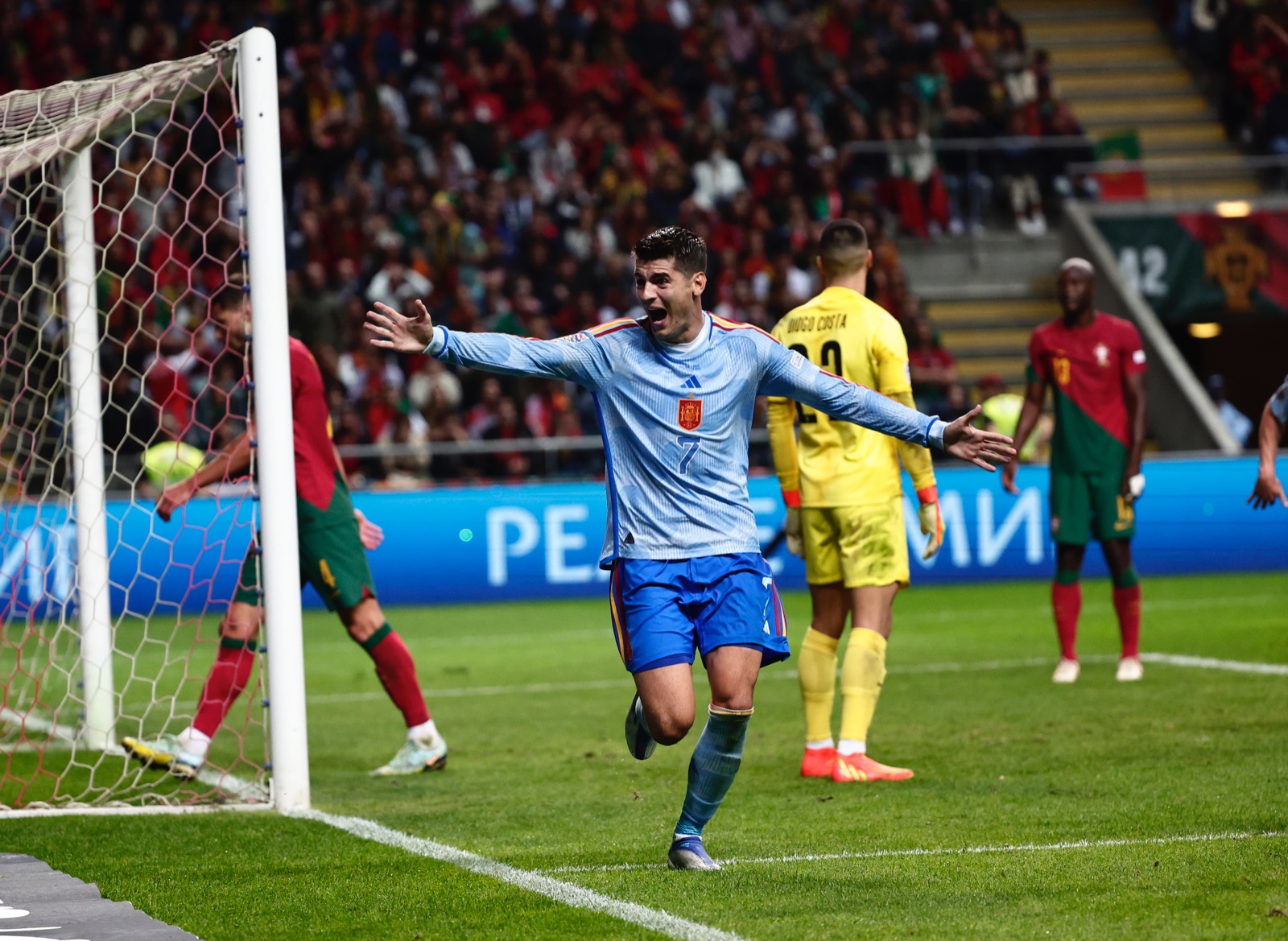 Portugal 0-1 SpainSpain knew that only a win would do for them to make top spot in their Nations League group and against the odds, La Roja came away from their trip to Braga with a narrow victory.Portugal began the match the more dangerous of the two. There was a daunting familiarity to the Spanish performance, as they zipped the ball around midfield, but crucially not in the final third. Their hosts meanwhile looked for the space on the break and found it frequently enough. Unai Simon came up with several excellent saves to keep Cristiano Ronaldo and Diogo Jota out.The second period continued much the same, with Ronaldo thwarted by Simon again in the best chance of the match until that point. Luis Enrique had begun making adjustments, sending on Sergio Busquets, Yeremy Pino, Pedri and Gavi on by the hour mark.By the time the final 15 minutes had come around, Spain were applying pressure to Portugal higher up. A number of forays were resulting in squat in the way of danger for the Portuguese though. Until the 87th minute, at which point Luis Enrique will point and cry vindication. Dani Carvajal’s excellent ball found Nico Williams peeling away at the far post – he knocked it back across the six-yard box for Alvaro Morata to thump home a dramatic late winner. Morata stuns Ronaldo and Portugal Spain 1-0 pic.twitter.com/VCuMCKwiYG — Enrana (@IThink55) September 27, 2022 Alvaro Morata sends Spain into the #NationsLeague finals as they beat Portugal 1-0. pic.twitter.com/ywZPncOtkn — SuperSport Football (@SSFootball) September 27, 2022 MORATA FIRES SPAIN AHEAD TWO MINUTES LEFT pic.twitter.com/zsYElHaLnX — DAZN Canada (@DAZN_CA) September 27, 2022 Spain head through to the final four of the Nations League next summer with Italy, Croatia and the Netherlands. Once again La Roja come out with a result against one of the more reputed European nations, despite leaving doubts against the supposed lesser-powers.The post Spain smash home late winner to grab top spot against Portugal appeared first on Football España.