17/10/2020 23:02 - Although Chicago Fire FC hoped for four straight wins at Soldier Field in Chicago with a victory against Sporting Kansas City, the hosts will be thrilled with a 2–2 draw, which puts the Fire into the playoff spots in the East, at least temporarily. While the first half appeared evenly matched for

Philadelphia Union for the double? Plus Carlos Vela puts LAFC back in MLS Cup contention | MLSsoccer 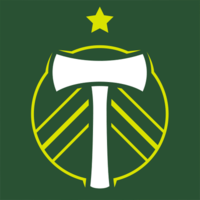